Can the Central Bank still play the hero in the face of current and future debt? 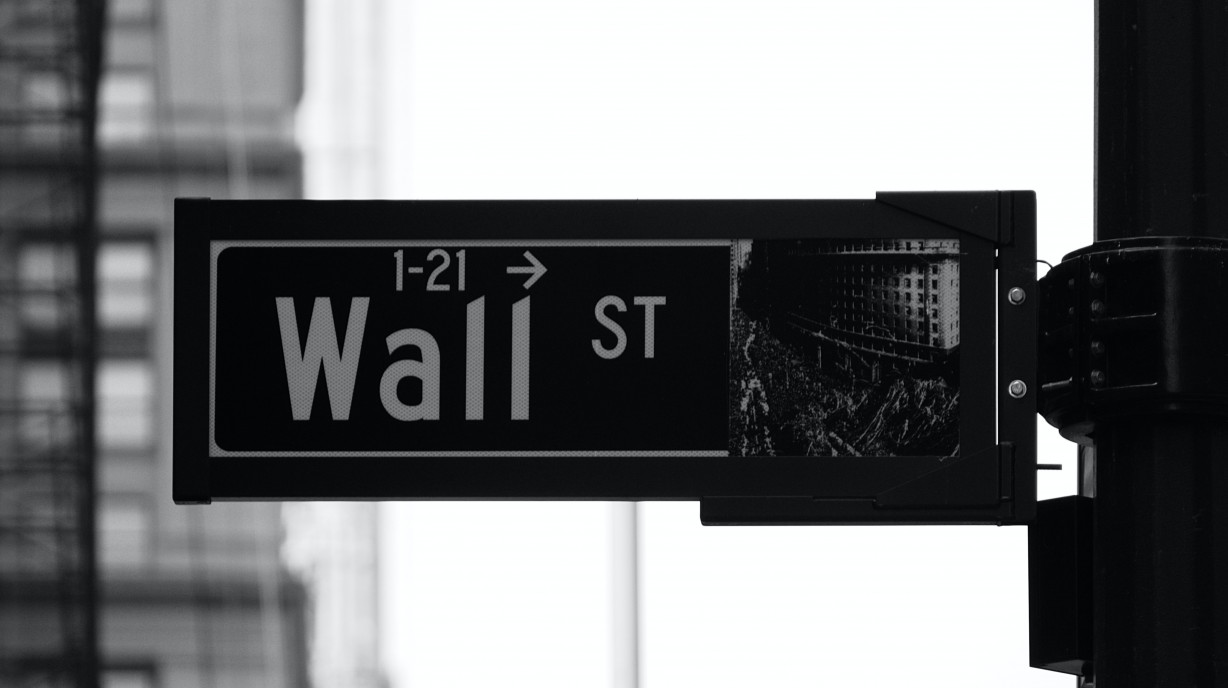 Photo by Rick Tap on Unsplash

How will we face the economic crisis that is awaiting us? History can give some insight. Since the financial crisis of 2008, industrialised states have been required to rely on the 'superpowers' of the Central Banks to buy back part of their debt, thereby avoiding the phenomenon of debt strangulation. Such practices have raised fears of a return to inflation, and of a threat to the independence of the monetary authorities. However, in the current context such practices can be beneficial, according to economists Gilles Dufrénot, Fredj Jawadi and Guillaume A. Khayat.

The shutdown of the economy in Europe - imposed by containment measures to protect inhabitants from the Covid-19 virus - is triggering a resounding economic crisis. Not so long ago, the 2008 financial crisis saw states straining under the weight of their debt, the consequence of which was a serious public debt crisis in 2010. Greece's incapacity to sustain its national debt made international news at the time, and a broad austerity plan was implemented to save the country's economy from collapse. Insolvency on a state level can significantly damage its reputation: it signifies instability on a large scale, and few investors would lend under such conditions. A state's investments and spending are managed through borrowing, yet in such a situation, a state may find itself isolated and left with its revenue alone to count on. This type of crisis is likely to hit several states in the coming months so it is worth considering, how can we ensure the solvency of these countries?

A state's solvency is a marker of good economic health, creating a virtuous circle. The more creditworthy a state, the more it can refinance new debt by borrowing at relatively low interest rates. This is the case with Germany, whose stability always inspires confidence in financial markets.

The State will never repay its debt!

With debt reaching 200% of GDP, Japan is an exceptional case and the Japanese authorities are far from concerned about this situation. It is difficult to envisage that the Japanese state will one day be able to repay all its debt, the equivalent of twice its GDP. In fact, no state is encouraged to do so. There is no expectation that state debt will ever be absorbed completely. As a public entity, the State is seen as an immortal entity and as such has an infinite timeline on repayment. On the contrary: being in debt is normal, but the key issue is ensuring the solvency of the debt. If a state is able to pay the interest on its debt, it can continue to borrow.

Sustainable at any cost?

To absorb its debt, the State and its citizens must tighten their belts. This can be done by raising taxes or cutting spending, for example, as would be done with a policy of austerity. Its difficult to understand how a concept as abstract as debt can impact citizens in their daily lives. But as Gilles Dufrénot explains, managing debt is not just an economic issue, it is also “a social contract". If a country fails to stabilise its debt, it will result in chronic instability for the nation.

So, what sacrifices are citizens prepared to make in the name of long-term economic stability and growth? The 'yellow vests' movement in France has shown us that there are limits to what a population will accept. The suppression of public services and social benefits has inflamed the anger of those concerned, who did not intend to respond to what they see as a 'diktat' imposed by the state as a response to public debt.

Such an example shows the obstacles that governments may encounter when taking action to compensate for excessive borrowing. After 2008, other means were found to alleviate the problem, as European executives appealed to the European Central Bank for help. However, these practices are not unanimously approved. 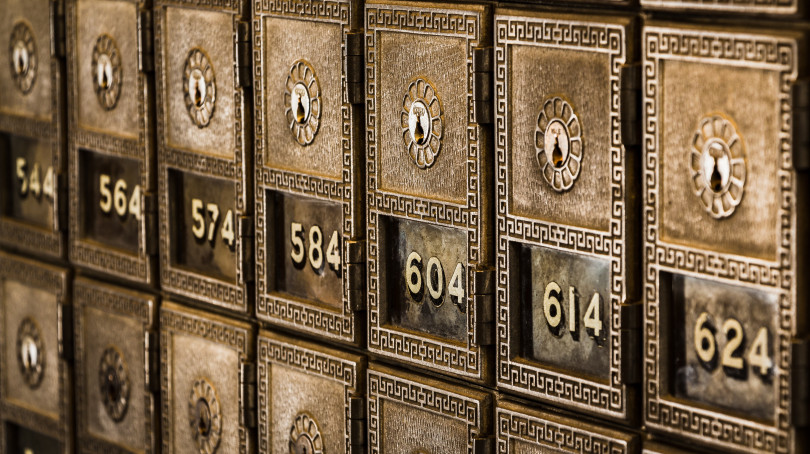 Photo by Tim Evans on Unsplash

Superbank, coming to the aid of the State?

The way in which European States have absorbed the 2008 crisis has been a source of embarrassment for those who argued for strict independence from the European Central Bank, as the Banque de France have done since 1993. The ECB came to the rescue of some states to ensure their solvency. The reaction was the implementation of a series of unorthodox policies, which led to a situation that economists have termed "fiscal dominance".

Such interventions are designed to be temporary, but in this case, they were maintained for a considerable period. This raised fears of the reappearance of so-called 'financial repression', as observed after the Second World War in the 1950s to 1980s, which could be considered as a state takeover of the financial system.

The central bank is the commander-in-chief of monetary policy, and commercial banks are expected to step in line with its directives. The central bank applies a key rate of interest for lending, which it charges commercial banks when they borrow money: this is the cost of the loan. This key interest rate therefore has a direct impact on the loans that banks offer to households and businesses. When the central bank lowers its key interest rate, it helps to revive the economy, by granting loans more easily because they are cheaper. With the crisis, the Central Bank reduced its key interest rate to a level close to zero, but this was not enough to stabilise the financial markets. It was necessary to create a more serious stimulus. It then took the unconventional step of implementing "quantitative easing" by buying massive amounts of government bonds from commercial banks, in order to replenish the coffers. Commercial banks then have some breathing space: they have more access to liquidity which they can then inject into the economy through the provision of loans.

Those critical of fiscal dominance believe that the Central Bank should not finance the government budget deficit, even via the indirect purchase of public debt securities on secondary markets. They fear that such aid will lead to idleness on the part of governments, as it is believed they would temper their spending less if the ECB stepped in whenever needed.  Historically, this type of behaviour has resulted in hyperinflation. In the past, governments in these situations have casually launched their money printing machines to satisfy the population, or indeed ensure re-election.

Should we fear budgetary dominance?

According to Gilles Dufrénot, so-called 'budgetary dominance' is nevertheless beneficial to most democratic industrialised countries, at least at present. In these countries, the risk of abuse is relatively low since debt is considered to be a common good which future generations will inherit. In the euro zone there is an added precautionary measure in that member states are forced to respect a maximum level of debt and budget deficit (60% of GDP for debt and 3% for state deficit). Any aid accorded is thus less likely to be squandered.

In their article, the authors propose a fiscal dominance model in the context of regulated inflation. In general, inflation is not an absolute evil, and is even sought after by governments in certain cases. In Europe, for example, member states set a minimum target of 2% inflation per year. Deflation can increase the debt burden, as it depreciates monetary value. One euro tomorrow is worth less than one euro today, which makes debt repayment all the more difficult.

Conversely, the excess money in circulation generates a considerable rise in prices, if left uncontrolled. The current situation is not causing concern amongst economists, however. "Unless there is an unforeseen catastrophe, all indicators point to there being no inflation for the next 3 to 4 decades. It is even quite the opposite: the trend today is deflation," explains Gilles Dufrénot. In today's environment, hyperinflation is therefore very unlikely to occur. Central banks are even looking to generate inflation to help ease the crisis. 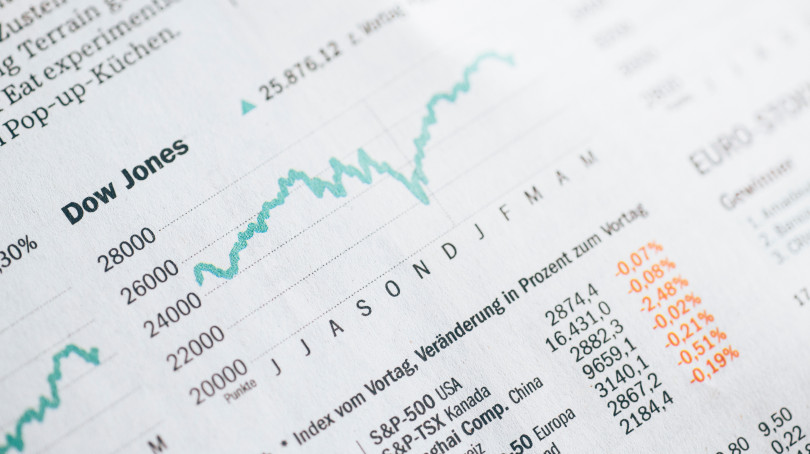 Photo by Markus Spiske on Unsplash

So, why is this so difficult to achieve? Inflation is linked to demand: by increasing the supply of loans, banks can provide households and businesses with means to spend, which should push up prices. This is even before considering the competition on the international level, which can lead to a reduction in prices. Additionally, it is important to consider the impact of globalisation on the transformation of the nature of work. Work contracts are being modified in line with an increasingly flexible work environment which encourages so-called 'uberisation', favouring temporary jobs or consecutive short-term contracts over salaried employment. Through this disintegration of stable, salaried work, households have lower incomes, which can slow consumer buying.

A plethora of reasons, then, for supporting the monetary policies of central banks in industrialised countries, who are striving to keep inflation to a minimum. The authors of the article consider that budgetary dominance is a possible response to the reduction of public debt, on the condition that this objective is part of a "social pact". Debt is a common good that States must handle with caution because, in the long term, excessive debt does not benefit for anyone.