Decisions in Periods of Uncertainty, Fear, and Catastrophe 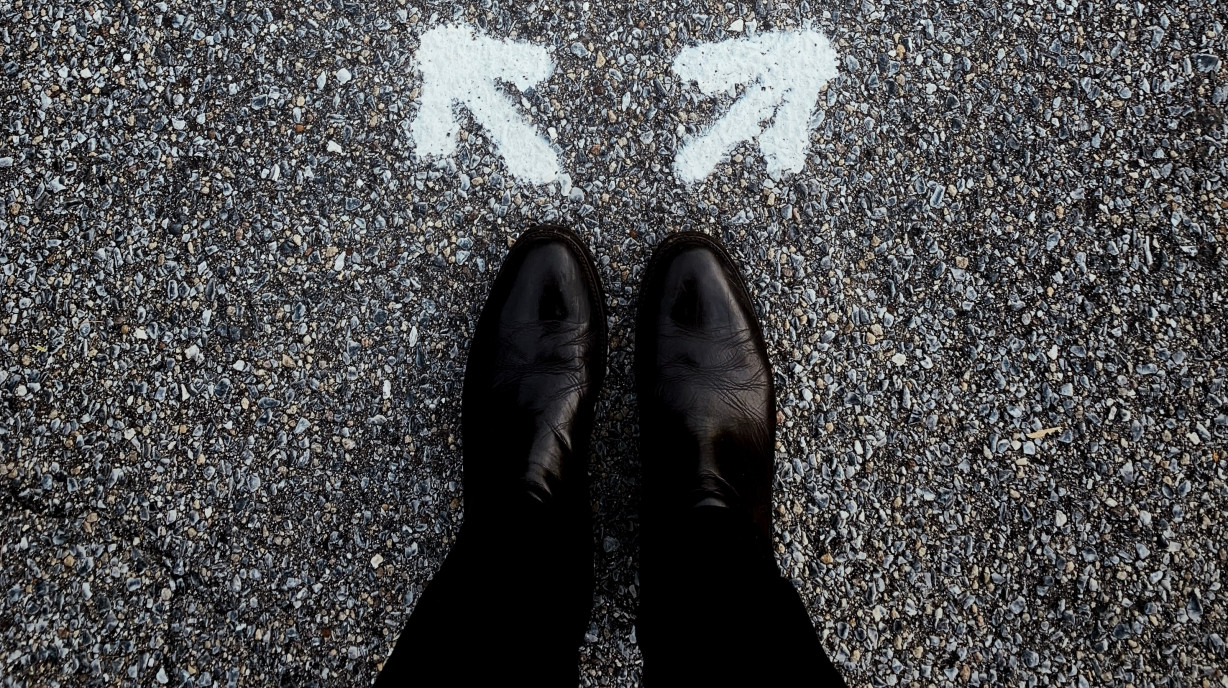 Photo by Jon Tyson on unsplash

One of the things which led to Covid-19 becoming a catastrophic situation has revealed to be the choices that were made before the pandemic. Regardless of whether these choices were good or not, they were nevertheless made. This therefore leads to the question of how catastrophes influence decision-making in uncertain situations. Theories are able to clearly explain our choices when we have all the elements in hand. However, once exceptional situations occur, such as catastrophes that have disastrous yet very unlikely consequences, these theories reveal to be less pertinent.

We make choices every day. Some of these choices are easy, such as reading this feature article. Other choices are more uncertain, such as betting on financial markets. And some choices are difficult from an ethical point of view, such as those confronting doctors in Italy as they are sometimes forced to decide between who to save as a result of critical care overload in hospitals.1 How do we choose in such uncertain situations? This question has been studied by economists for centuries and formalized since the 1940s.

In 1944, John von Neumann and Oskar Morgenstern came up with the expected utility hypothesis. Though it has since been amended multiple times, this theory nevertheless continues to be the norm in the field of decision under uncertainty.2 According to this theory, when making a decision, we study the different choice possibilities along with their level of well-being (known as “utility” in economics) before weighing the probability of each. We therefore choose the option which has the greatest chance of maximizing our well-being (in economy, individuals are considered rational beings forever looking to maximize utility under various constraints, such as time or money). 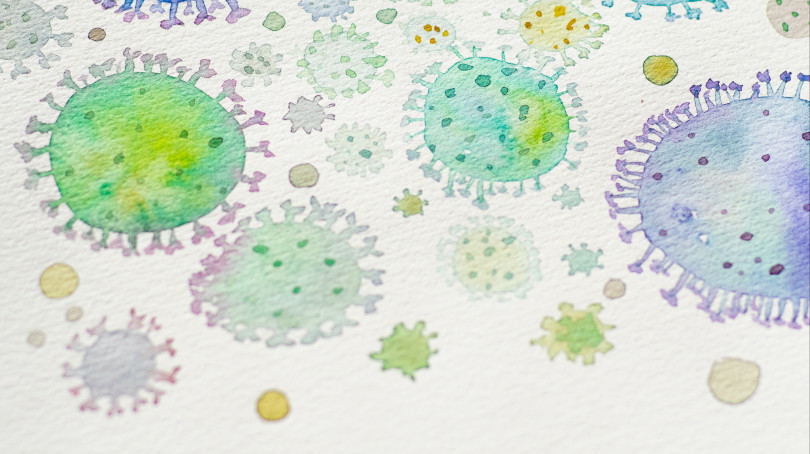 Photo by Elena Mozhvilo on unsplash

We can therefore describe these choices are those of individuals, firms, or governments. Two years after the 2009 Swine flu (H1N1) epidemic, the French government, for example, possessed large stocks of FFP2 and surgical face masks intended for healthcare workers. In 2013, the State, for budgetary reasons, handed over management of these stocks to health organizations.3 As a matter of fact, stocking masks is costly. They need to be stored somewhere and insured (against theft, flood, fire), and stocks must be restored when they expire, which requires a fair amount of money... The probability of an epidemic, though weak, was taken into account, and an order was expected to take approximately one week to be delivered in case of any problem. However, the occurrence of a pandemic (defined as spread on a global scale), which would stop the manufacturing process of masks largely located in China, had not been considered. Three phenomena therefore arrived simultaneously: a pandemic (and therefore an increased global demand for masks), the closing of production sites due to this pandemic, and mass mask shortages. These three elements led to the catastrophic event we know today. Disasters are defined by the National Center for Textual and Lexical Resources (CNRTL) as “an event with particularly serious or even irreparable consequences.”4  Such events, it should be added, have an extremely low probability of occurring. Considering this definition, the Covid-19 pandemic is indeed a catastrophic situation.

In such cases, the expected utility hypothesis results in outcomes that do not always correspond to observed individual behaviors. Economists Olivier Chanel and Graciela Chichilnisky demonstrate this argument in a series of articles which focus on how much our emotions (and, in particular, fear) affect our choices in such events.

Chanel and Chichilnisky (2009) studied the effects of fear on our ability to calculate the probabilities associated with our choices.

To prove how emotions influence the way we make decisions, they conducted a laboratory experiment with economics students (who are used to using probabilities in their work). These students had to imagine a situation in which they found themselves in forced confinement—caused not by a pandemic, but by a kidnapping in a faraway country. In this scenario, the students were forced to remain in detention for one to six months. They were then asked several questions to determine their preferences between combinations of probabilities and durations of detention. 98% of the students responded according to the standard theory of expected utility. The last question in the experiment then suddenly and drastically increased the length of detention by setting it at forty years, as a means to generate fear. Faced with this new data, half of the students changed the way in which they calculated probability. Only 48% answered according to the standard framework of expected utility. For these students, a detention for decades became catastrophic. Fear therefore has a strong influence on our rationality. When we need to make choices under uncertainty when faced with catastrophic situations we must take fear into account in decision models; this can be done by adding the component of sensitivity to rare events, which is based on a different assessment of statistical proximity.5 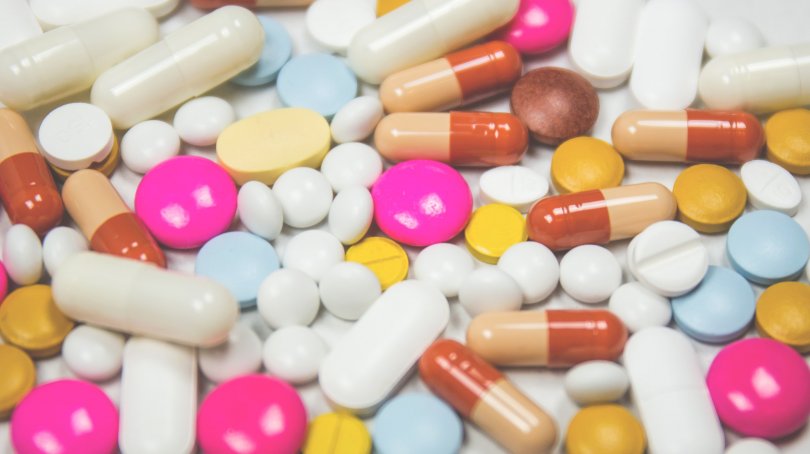 Photo by Freestocks on unsplash

What would you do if you were given the option of selecting a pill from a bowl containing a billion pills—only one of which would contain a deadly poison (the others being ineffective)—and swallow it for €152,450? Would you try your luck? This is the question the two economists asked members of a center for quantitative economic research in 1998 and in 2009 via email (see Chanel and Chichilnisky, 2013).

Death here is a catastrophic event, seeing as the consequences are difficult to repair. According to expected utility theory, everyone should choose to take the pill. One chance in a billion is a tiny probability when compared to the complementary event of 99.9999999% of not dying and earning more than €150,000. We take far greater risks every day by choosing to drive a car. However, more than 60% of those questioned said no. This means, according to the expected utility hypothesis, that they value their lives at more than €150,000 billion. This can be explained by the fact that individuals do not always reason based on objective probabilities, which are furthermore exceedingly difficult to envision when very low.6 Instead, their reasons are based on what they perceive of them, which is otherwise known as subjective probabilities. This distortion of probabilities can be done either way. For example, one might consider a chance in one billion to be comparable to zero. Or, one might consider this to be a much higher probability. The possibility of dying inspires fear (and an infinite loss of utility), which leads some individuals to overestimate this probability.

One-fourth of the laboratory members actually changed their answers between the experiment in 1999 and the experiment in 2009. Some of their reasons for this change included the fact that they now had children, were married, reevaluated the way in which their death would affect their loved ones, or they were less tempted by the money due to its adjustment in value from 1999 (1 million French francs) to 2009 (€152,450). This demonstrates that individuals rely on broader data than that which is objectively contained in the question asked in order to make uncertain choices. Furthermore, it demonstrates that their decisions may change over time, particularly as a result of their emotions. Once again, the standard theoretical framework must be modified to consider the emotions associated with the decision.

The two experiments above have demonstrated the impact emotions have on decisions, but how do they affect decisions when individuals are confronted with real disasters? Can they provide better protection? Olivier Chanel, Graciela Chichilnisky, Sébastien Massoni, and Jean Christophe Vergnaud (2016) studied this question by estimating how likely people are to invest in flood insurance and protection. To do so, they interviewed residents of four municipalities in the Provence-Alpes-Côte d'Azur region of France. One of the municipalities, in a non-flood zone, acted as the control group. Another municipality is in a flood zone. The third municipality was flooded two years earlier, while the fourth was flooded twenty years earlier. During the floods, both the third and fourth municipalities were hit with many deaths. 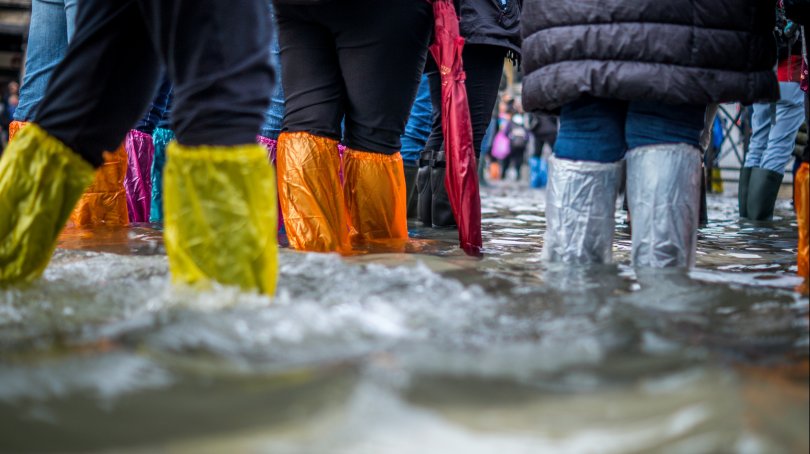 Photo by Jonathan Ford on unsplash

Not surprisingly, people who had recently experienced flooding assessed the flood risk to be higher than it is, anticipated higher negative emotions in the event of future flooding, and were prepared to invest much more in prevention measures and insurance. More surprisingly, people who had experienced the flood in the distant past preferred to invest less in protection and anticipated weaker negative emotions. This can be explained by two hypotheses. One possibility could be that the people who had a terrible experience with the disaster have since moved, as the survey took place twenty years after the flood. Another possibility is known in psychology as survivorship bias.7 Survivorship bias is the misconception that one’s survival of an extremely dangerous situation ensures the person may be able to relive the same situation and pull through the exact same way. The authors of this study have therefore demonstrated that emotions (present, past, and anticipated) influence our decisions in a rather complex way—even when it comes to protecting ourselves from a disaster which we have already faced. Making decisions under uncertainty requires us to imagine ourselves in a catastrophic scenario, though only those who have already experienced such a situation can imagine the emotional aspect associated with it. Such people should therefore be included in focus groups that decide upon which steps to take when faced with a catastrophic event in order to provide further insight to a decision that would otherwise be based solely on expected utility.

Research into the theory behind our decisions cannot provide a widely applicable miracle solution to act in specific catastrophic situations. It can, on the other hand, lead to and enrich our way of making choices. Many trade-offs led to the Covid-19 crisis, including the management of mask stocks and public hospitals in France. This pandemic may allow us to better consider future decisions when confronted with such events while keeping in mind that events which have already occurred are always easier to understand.8 With a future clouded by the prospect of global warming and the natural, economic, and human disasters that are bound to follow, we must give ourselves the best tools to limit the risk of regretting our past choices.