Deprescribing: Another way to heal 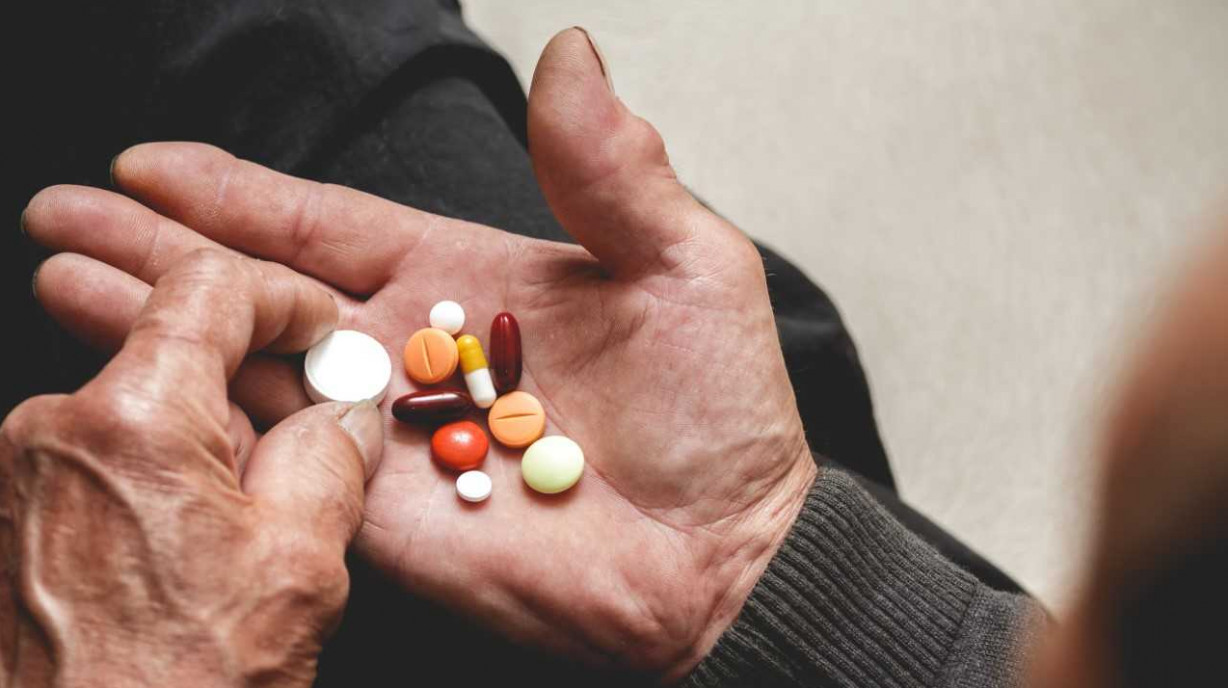 Photo by perfectlab on AdobeStock

When an individual is afflicted with several chronic conditions at the same time, it is called multimorbidity. This is an increasingly common problem in Europe. How do general practitioners deal with it? How do they manage prescriptions that are not only vastly different but can lead to damaging drug interactions? These questions are explored by researchers Hélène Carrier, Anna Zaytseva, Aurélie Bocquier, Patrick Villani, Hélène Verdoux, Martin Fortin, and Pierre Verger in an article that examines the attitudes and practices of private general practitioners.

“When I was yea high 'til I was three

I suffered from petit mal epilepsy

Any excitement gave me a fit

But there were drugs to cure me of it

I get weird diseases

When an individual is afflicted with several chronic conditions at the same time, it is called multimorbidity. This is an increasingly common problem in Europe as the population ages. As of January 1st, 2020, over one-fifth of the French population was 65 years or older.2 Patients with several chronic conditions take medication to treat each of them, which leads to polypharmacy, or the simultaneous use of multiple medications by an individual. Using several medications at a time creates a greater risk of drug interaction, which can eventually lead to iatrogenesis. A study using French Health, Health care and insurance survey3 (Enquête santé et protection sociale - ESPS) has indicated that 70% of French people aged 65 years or older have been subject to polypharmacy. Furthermore, 47% of this population have received at least one potentially inappropriate prescription (which means that the medication prescribed will actually cause more harm to them than good).4

From an economic standpoint, prescribing unnecessary drugs and the potential iatrogenesis  generates extra costs due to potentially avoidable hospitalizations, medical consultations, and, of course, medication.5 In New Zealand, studies show that 10% of hospital admissions are due to drug interactions; two-thirds of these admissions could have been avoided with better (and milder) prescriptions.6

General practitioners (GPs) are generally the ones responsible for managing patient multimorbidity. So, how do they do it? How do they manage prescribing medications—or deprescribing7 medications?

This question is at the heart of the survey conducted by the Directorate for Research, Studies, Assessment, and Statistics (DREES), a statistical department under the Ministry for Solidarity and Health. The results are presented in an article by Hélène Carrier, Anna Zaytseva, Aurélie Bocquier, Patrick Villani, Hélène Verdoux, Martin Fortin, and Pierre Verger. 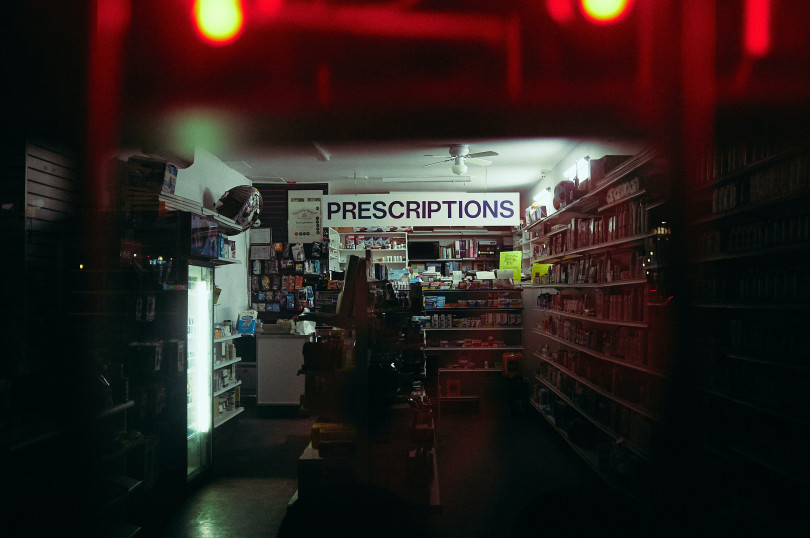 Photo by Patrick Tomasso on Unsplash

Since 2010, the DREES has set up a national panel of GPs that work in private practices in France. This panel, which is renewed every three years, aims to collect doctors’ opinions on various current health issues, e.g. how GPs organize their medical practice, how they manage specific diseases like depression or cancer, or how they manage specific types of patients such as pregnant women or deprived population.

In summer 2016, the third panel of GPs was asked about how it manages patients afflicted with multimorbidity. “We as GPs are confronted with situations of multimorbidity on a daily basis,” stated Dr. Hélène Carrier.

This means that GPs must be able to significantly adjust the treatment list for every patient—even if those treatments have been prescribed by their specialist colleagues. Certain medications need to be stopped due to their adverse effects or interactions with other medications or conditions.

The doctors were asked about how comfortable they were at deprescribing medication and were presented with an example of frequent clinical cases to reveal how often they actually deprescribe and how they think their patients felt about their own deprescription. The survey also explored how relevant the so-called good practice guidelines, the recommendations on criteria for diagnosis, treatment methods, etc.  for managing each chronic condition, were when applied to treatment of multimorbid patients.

Let’s say a patient needs a medication to thin their blood because of a coronary heart disease. However, they also have a gastric ulcer, which can begin to bleed, especially when they take medication. The patient also has arthritis pain which would be relieved by anti-inflammatory drugs. But...anti-inflammatory drugs increase the risk of bleeding. It gets to be real headache when it comes to juggling prescriptions! Medication management therefore reveals to be a major issue when patients suffer from several chronic conditions. Taking ten pills a day is a lot to handle, besides, the iatrogenic risks increase with patients’ age. 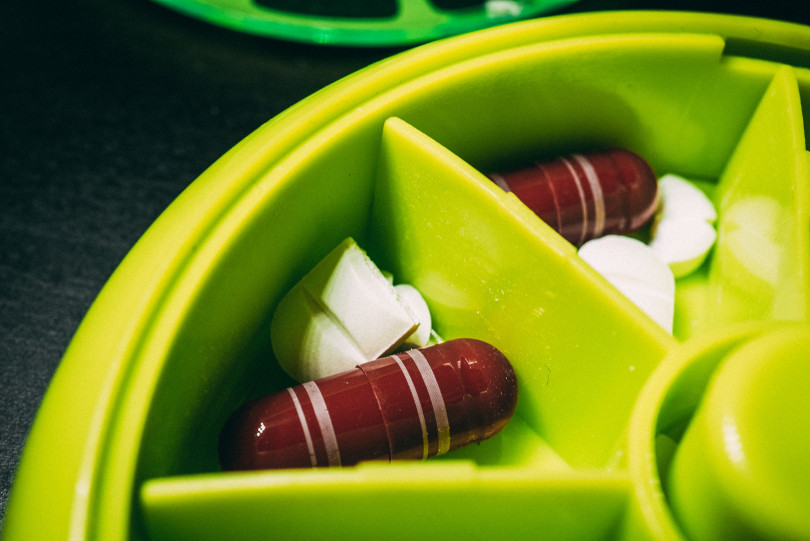 Photo by Mika Baumeister on Unsplash

Daily prescriptions are managed by GPs, who are often in charge of patient’s comprehensive diagnosis, whereas specialists focus on just one particular area. Therefore, GPs find themselves responsible for deciding to stop certain treatments to avoid possible drug interactions. The results from the survey demonstrate that a vast majority of doctors (91.4%) feel comfortable suggesting medications be stopped if they consider them to be inappropriate. However, only 34.7% report doing so regularly. For instance,  when a patient asks for some sort of pain relief, one-fourth of GPs will still decide to expose them to an iatrogenic risk in order to fulfill their request.

Furthermore, the guidelines provided by scholarly societies such as National Authority for Health (Haute Autorité de santé – HAS), that help manage chronic diseases, fail to consider the fact that patients can suffer from three or four conditions at the same time. So, when it comes to multimorbidity, the treatment proposed in these guides often leads to significant iatrogenic risks. This can be a real dilemma for general practitioners—79.8% find these recommendations difficult to apply in case of patients with multimorbidity.

Doc, Give It to Me Straight

So, how can cases of multimorbidity be better taken care of? Though the aim of the DREES survey may be purely observational, we have been able to determine that doctor-patient communication is one of key factors that lead to deprescription. The survey has furthermore revealed that 61.8% of doctors fear patients will think of drug deprescription as medical negligence. This, however, only represents the perspective of physicians, as patients were not questioned in the DREES survey. But if GPs let their patients know of the various iatrogenic risks they might be confronted with during their consultations, they may be able to find common ground and new solutions together.

Finally, there is sometimes a big difference between a doctor's estimated risk-benefit ratio and what the patient actually experiences on a daily basis. For example, doctors were more likely to declare that they would like to reduce the number of so-called symptomatic treatments (which ease the symptoms without addressing the basic cause of the disease) they prescribe, though these symptoms can have a very direct impact on patients' quality of life. The daily suffering a patient experiences can be unbearable. Let’s further develop the example previously given in this article and focus on the blood-thinners a doctor prescribes to their patient with coronary heart disease (an extremely life-threatening condition). Estimating the risk-benefit ratio, the GP would definitely prescribe blood thinners rather than medication to treat, osteoarthritis (source of daily pain), which appears as the most crucial issue from the patient’ point of view. Again, dialogue is needed to find a compromise between the patient's state of health and her quality of life. Like in all relationships, including that between doctor and patient, communication is the key.

Read more about it (in French):

Give everyone the keys to economic reasoning: this is the ambition of Dialogues Économiques, a bridge between academic research in economics and the citizen.