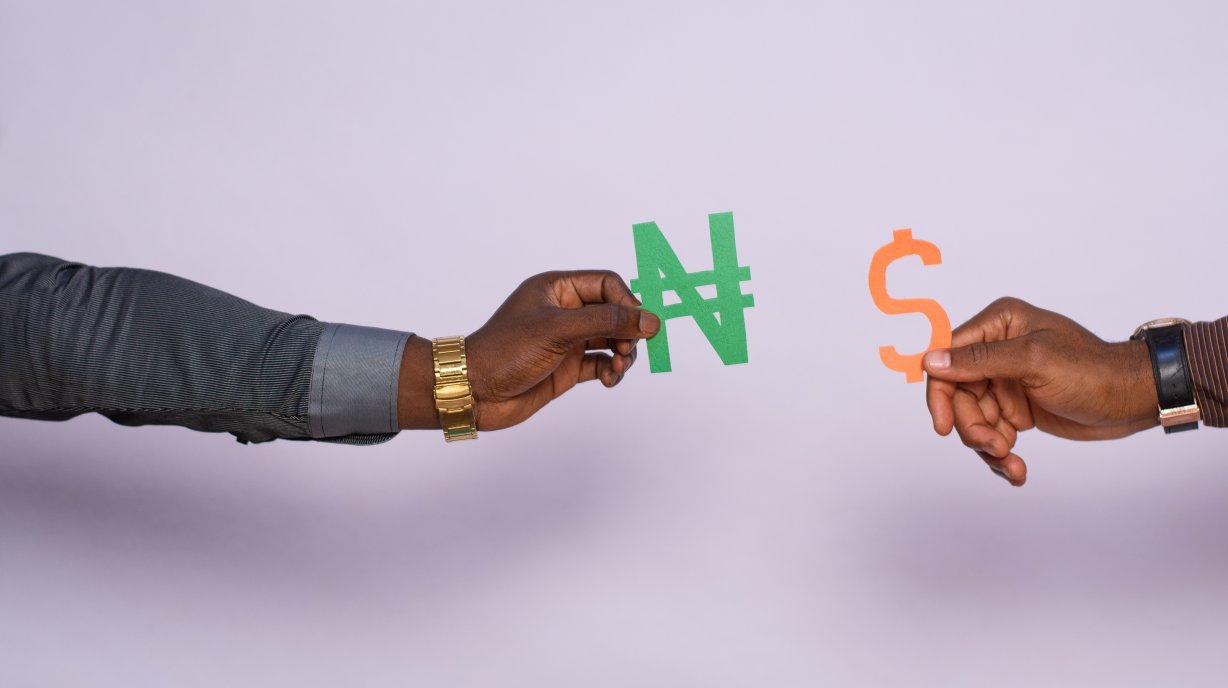 With little diversification, a great amount of debt, and a high level of dependence, the economies of Sub-Saharan Africa are confronted with many challenges and left vulnerable against external shocks. What exchange rate regimes do central banks choose to protect these countries and help them reach seemingly incompatible macroeconomic aims?

“Like seismic waves, the effects of the war will propagate far and wide, radiating from the epicenter of this metaphorical earthquake,”

The shock wave of the conflict between Ukraine and Russia—countries responsible for 30% of the global wheat production—has greatly affected the African continent. Between 2018 and 2020, twenty-five African states imported more than a third of their wheat from these two countries, while fifteen imported more than half. Some countries, like Benin and Somalia, are completely dependent on the two territories at war, as the entirety of their importation comes from them. This situation demonstrates Sub-Saharan Africa’s vulnerability when confronted with the risks of imported inflation. 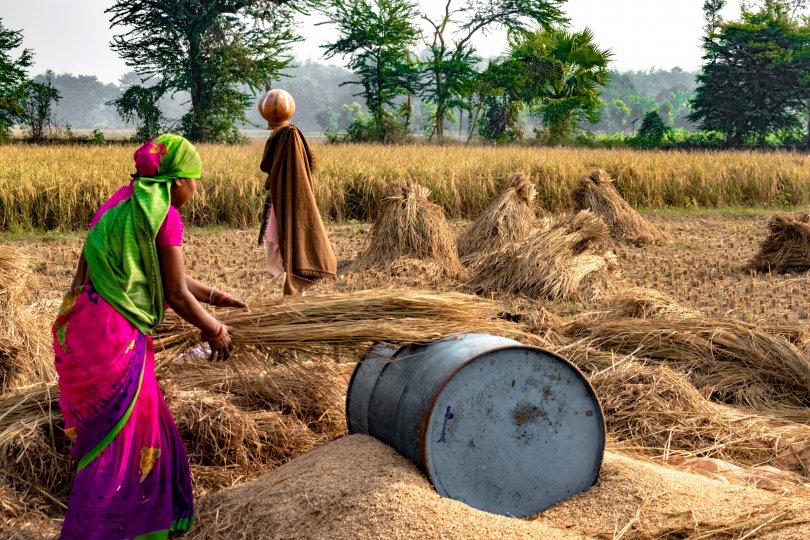 Image by Ashish_wassup6730 on Adobe Stock

The consumer price increases in Europe and the United States (primarily caused by the soaring cost of energy) are also a threat. The International Monetary Fund (IMF) predicts in the euro zone an inflation of 12.6% for the year 2022 (predictions from April 2022). Confronted with this, the central banking system of the United States (the FED) has increased its prime rates1 , while the European Central Bank (ECB), its  European counterpart, is getting ready to do the same thing.

These currency fluctuations could lead to a depreciation of the local currencies of Sub-Saharan African states that had adopted a floating exchange rate. This is a major risk for these already heavily indebted countries2 .

Now more than ever, researchers are taking a close look at these countries’ monetary policy strategies. This is defined by the Bank of France as “all the means implemented by a state or monetary authority to respond to economic activity via its currency regulation.”

Questions about these countries’ monetary policies and exchange regimes are nothing new. Because of their macroeconomic particularities, they often find themselves stuck in a vice and weakened by international crises. This can be seen with the recent war in Ukraine and, before that, the Covid-19 pandemic. The economist Gilles Dufrénot therefore sought to understand which exchange regime these countries adopt when confronted by “external vulnerabilities.” 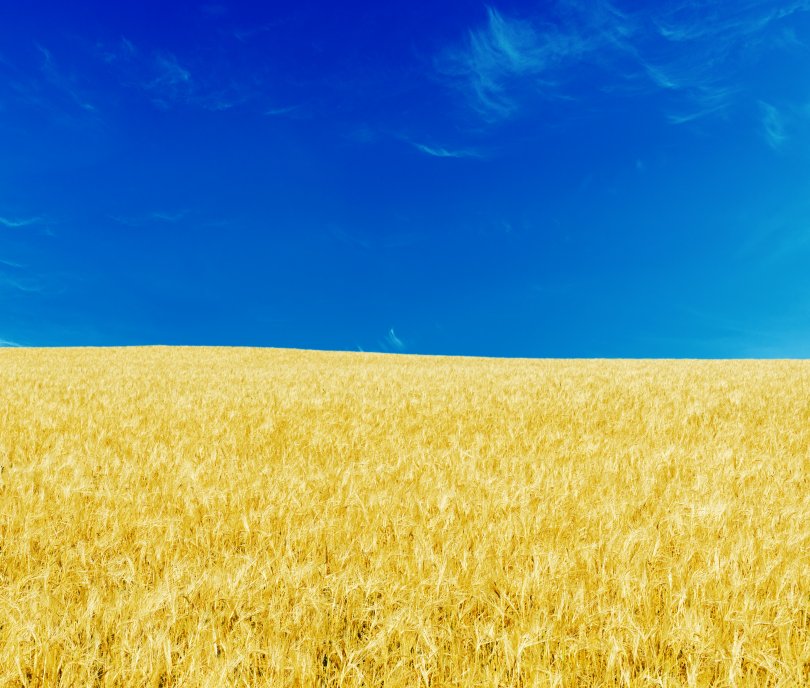 Sub-Saharan African countries do not all have the same levels of development and income. For example, South Africa’s GDP per capita in purchasing power parity terms was 13,360 in 2020, compared to 5,186 for Nigeria3 . Nevertheless, most Sub-Saharan African countries have many similarities, such as periods of public debt and budget deficits. Furthermore, their economies often make up only a few types of raw goods and lack diversity. Like Senegal’s and Sudan's reliance on Russian and Ukrainian wheat, they are deeply dependent on agricultural imports as well as end-use products. This leads to chronic trade deficits and makes them vulnerable against external shocks.

These territories often seek out financing to further develop transportation infrastructure, access to water, and healthcare systems. They are therefore faced with the dilemma of having to maintain sufficient foreign exchange reserves, assets held in foreign currencies, and financing in order to remain competitive while combating imported inflation (all the while controlling their level of debt).

When Does Exchange Rate Targeting Occur?

Let’s use the country of Ghana as an example. If the nominal exchange rate of the national currency, the cedi, decreases, the country risks having the currency depreciate while domestic prices increase. This would lead to a heavier burden of external debt. Ghana’s public debt stock increased 17 GDP points between 2019 and 2021, moving from 62.9% of the GDP to 80.1%. This Western African country must therefore ensure at all costs that its nominal currency does not experience too great of a depreciation.

In this case, the state could turn to targeting the nominal exchange rate. This means that the central bank would buy the currency on the capital market as a means to increase its nominal value.  However, an economy must also remain competitive and fight against inflation to try to redress the imbalance of its net exports. This comes down to influencing how much a household consumes both exported and local goods. To do this, states could turn to targeting the real exchange rate. The real exchange rate is the value of a currency compared to another while considering the actual prices of all the territories that exchange the two currencies. In this case, the state can implement a targeting policy based on the competitiveness of the relative prices (AKA the actual price for a certain good on a territory compared to the prices of its foreign counterpart).

To target the real exchange rate, a state could ensure that the price increase of domestic goods remains minimal compared to the price of the same goods from a foreign market. If these prices increase too much, the economy becomes less competitive. 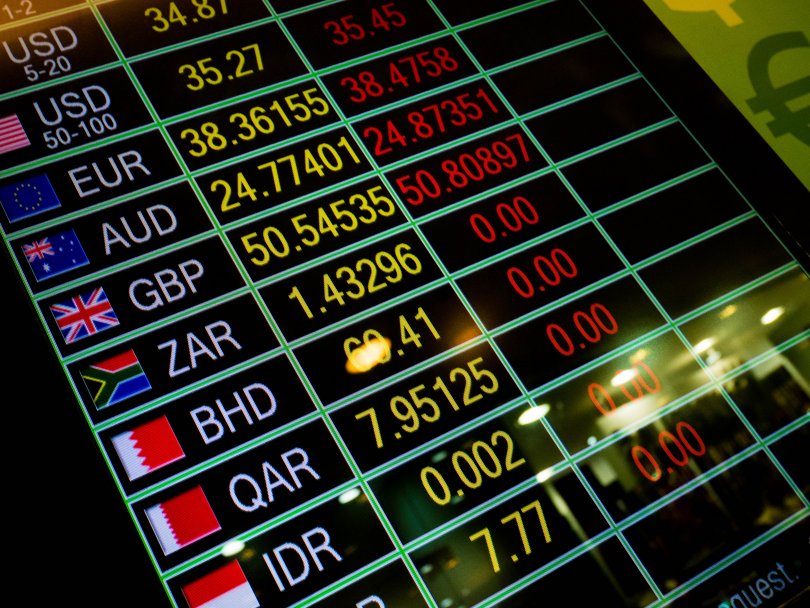 Image by Bankoo on Adobe Stock

What do countries facing the seemingly irreconcilable objective of lowering their burden of debt and maintaining foreign exchange reserves while improving trade deficits and strengthening competitiveness do? Gilles Dufrénot and his colleagues reveal they adopt a mixed targeting policy. Their work demonstrates that both targeting policies are implemented by monetary authorities who move between them according to a set of factors.

The researchers came up with a model that reveals the underlying rationale for each exchange regime choice and the movements required between real exchange rate targeting and that of reserves (the nominal exchange rate).  They created a miniature economy in which households move between purchasing local and imported goods. In this model, businesses sell local goods and attempt to maximize their profits by minimizing their production costs. A second category of businesses imports products with a high degree of monopolistic power and sells these on the local market. The level of the exchange rate via these economic agents influences the price of goods. Finally, in this economic theory, the central bank oversees the fluctuation margin of the exchange rate with a benchmark reference defined by the two foreign currencies.

The model explains that the mixed targeting policy corresponds to a two-step strategy.

After this, authorities determine the real exchange rate according to the degree of competition on the market of domestic goods and the degree of exchange intervention.

To verify their theoretical results, the researchers came up with a non-linear regime-switching empirical model. The aim was to see if these domestic parameters incite authorities to tighten pegs (AKA fix local currency to another). In other words, the researchers sought to determine if these parameters influence the probability of a country’s monetary authority intervening on the exchange market. To do this, they focused on a sample of nine countries: Botswana, Ethiopia, Gambia, Kenya, Madagascar, Nigeria, Mauritius, Sierra Leone, and South Africa.

One way to limit a currency from fluctuating is to peg it—or fix it to a foreign currency like the euro, the dollar, or the yen. Monetary authorities intervene on capital markets when the difference of the  exchange rate between the local currency and the referential currency is too great. To evaluate this intervention in the model, the researchers observed reserves volatility according to various parameters defined in their first model. The results suggest that when the pass-through increases, monetary authorities are more likely to intervene on the exchange market. Trade openness also seems to incite states to intervene on the exchange market in order to limit the currency’s depreciation and prevent the external debt burden from increasing. Finally, this work reveals a negative relationship between the velocity of money circulation and the probability of intervention on the exchange market. This demonstrates that even if these countries find themselves officially in a floating exchange rate regime, central banks regularly intervene on the exchange rate. This suggests there is a “fear of floating” by Sub-Saharan African monetary authorities. 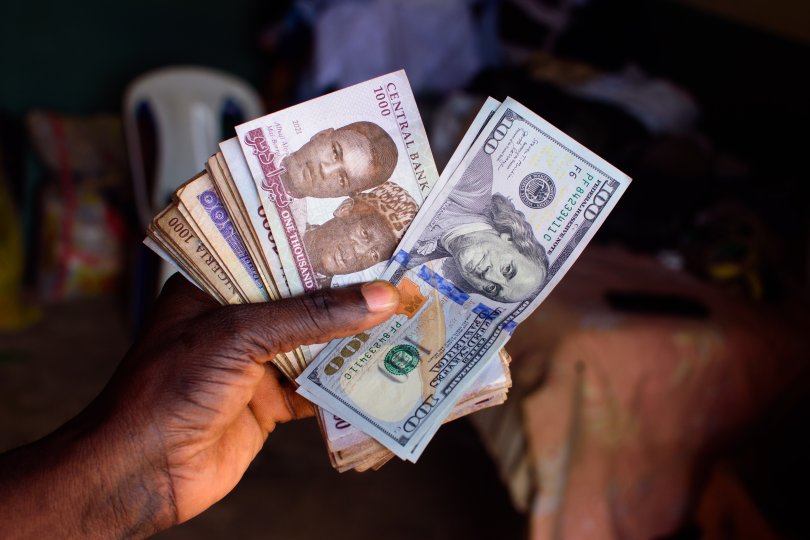 Photo by Kehind on Adobe Stock

Is more competition needed on the market for these territories to become more effective?

The economists who took part in this work suggest adopting a mixed targeting policy in two steps to respond to the main aims of maintaining foreign exchange reserves, decreasing the burden of debt, improving trade deficits, and maintaining competitiveness.

According to the facts presented, the strategy employed by Sub-Saharan Africa does not seem to be effective in reducing external imbalances. For the researchers, this can be explained by the limited influence nominal exchange rate targeting has on the real exchange rate due to monopolistic powers on the market. Entire sectors of several Sub-Saharan African territories, like those dependent on natural resources, are occasionally controlled by private institutions or diaspora communities of foreign states. This influences decisions on local and imported goods as well as how relative prices are determined. Gilles Dufrénot and his team conclude their article by underlining how essential it is for these countries to create more competitive markets.