Has the United States Exported Its Obesity Rate to Mexico?

Between 1988 and 2012, the rate of obesity among Mexican women increased from 10% to 30%. At the same time, Mexico entered a period of greater economic liberalization by signing the NAFTA trade pact with the United States and Canada. According to the economists Osea Giuntella, Matthias Rieger, and Lorenzo Rotunno, the arrival of American products onto the Mexican market accounts for up to 20% of the increase in obesity among Mexican women.

In this country famous for its corn, finding fresh, local, and affordable products has become harder than it is to find processed food. And it is not for a lack of it. Mexico harvests approximately sixty-four different varieties of corn; with its range of blue, red, white, and yellow kernels, there is truly something for everyone. Traditionally, corn is grown through milpa, which is based on the agricultural system of companion planting known as the Three Sisters that cultivates maize, beans, and squash together. This agricultural system creates one of the richest and most complex ecosystems in terms of biodiversity while also offering a production that is nutritionally balanced. Despite its benefits, today this model faces considerable competition due to the processed foods of the agro-food industry and the rising use of GMOs. Flooding the market with these products led to a considerable change in eating habits of which, shortly after, the harmful effects could be seen on the health of the population. Approximately 75% of Mexico’s adult population is either obese or overweight 1 ;which makes it one of the world's leading countries in both adult and childhood obesity3 . This health emergency weighs heavily on the future of the country2 . 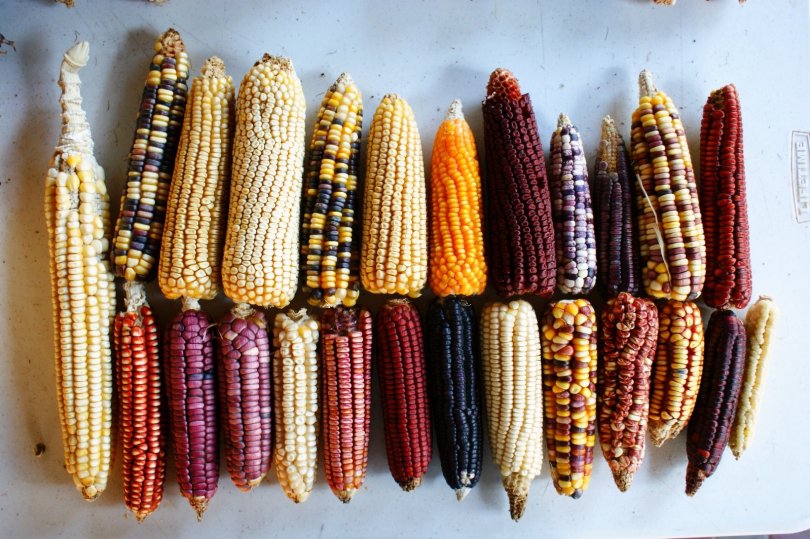 Over just a few decades, obesity has become the public enemy for wealthy and developing countries alike. Third-world nations saw their overweight rate triple since the late 1980s, which happened to coincide with their growing place within global trade. This led many experts to examine the link between globalization and health issues related to food.

Economists Osea Giuntella, Matthias Rieger, and Lorenzo Rotunno decided to explore the trade relations between Mexico and the United States. Their study revealed that after the NAFTA trade pact was signed in 1994, American exports (particularly in food products) to Mexico has soared. In 2012, American food products (of both food and beverage) represented 75% of all Mexican imports. This equaled to 8% of all Mexican household spending—compared to 2% in 1989! These numbers make the United States the number one provider of food products to Mexico and a heavy hitter in the dietary habits of the country's population.

But what’s the problem with this? Well, most American food products are highly processed, resulting in foodstuff that is rich in sugar, saturated fat, and salt following its industrial production. What’s more? These processed foods are particularly harmful to one’s health. These consequences can also be seen within the American population: the nation has the highest rate of obesity among the OECD’s members (2017). So, has the United States exported its obesity rate along with its food products? 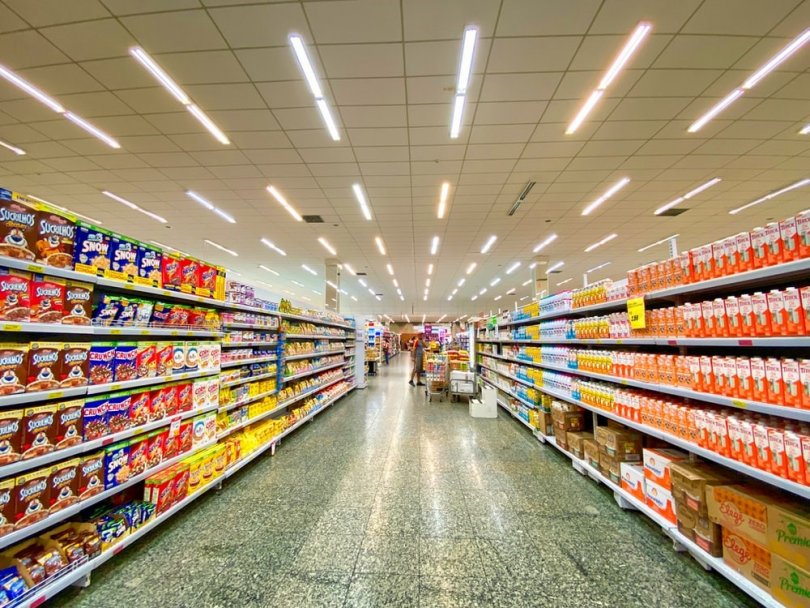 The American weight of life

In order to examine the existing relationship between international trade and obesity, the economists studied data from a sample of Mexican women between the ages of 20 and 49. Within 24 years, from 1988 to 2012, the obesity rate rose from 10% to 35%! The economists furthermore noticed the steady growth of food product exports from the United States in each Mexican state. They concluded that this evolution could explain 20% of the increase in obesity among Mexican women during this same time. In other words, if American exports had not been on the rise, the increase in obesity would have been 20% lower.

Is the American supply truly the reason for this increase in obesity? Or does the Mexican demand also play a role? The population, which was already overweight, could have preferred processed foods, which led to the rise of American exports. However, the economists reveal that this also increased in other countries. So, it is not a rise in American supply due to Mexican demand, but instead a result of the trade liberalization movement. The opening of the economic borders between the two neighboring countries in 1990 led to unhealthy products entering the Mexican market and, consequently, a greater increase in obesity.

All you have to do is take a stroll in any large Mexican town to see the hundreds of colorful packaging decorate the aisles of every grocery store. The variety of corn has given way to the inescapable variety of chips, sweets, and soda. Not only do these products dominate the shelves, but they are also sold at a competitive price well below that of other foods. These exports are ready-to-eat, ready-to-heat, and extremely low-priced, which explains why the greater part of the Mexican population has such an appetite for them.

The Luxury of Water in the Land of Coca-Cola

The major symbol of this food takeover can be seen with the famous brand of Coca-Cola. It was soon up on the shelves of Mexican grocery stores after the free-trade agreement was signed and the water market was opened in 1992 (which now allowed private companies to purchase water sources from governments). In Olivia Mokiejewski’s documentary “Coca-Cola, la formule secrète du succès” (Coca-Cola, the Secret Recipe for Success), it is revealed that the price for a 3-liter bottle of Coke (21 pesos) costs less than a bottle of water of the same size. We know it takes much more than a liter of water to produce a liter of Coke. This difference in price not only promotes overconsumption of Coca-Cola but also the overexploitation of water tables. However, after the consequential agrarian reform in 1992 which made the granting of land to private companies much easier, Coca-Cola was able to negotiate 27 concessions in the 2000s. Only 19 of these were for extracting water from aquifers and rivers .

From a Nutrition to Epidemiologic Transition

The authors’ analysis goes beyond the situation with Mexico. Their results demonstrate a causal link between trade and obesity, and they lead us to reflect on how globalization could negatively affect health. Like other countries on the path to economic development, Mexico has begun to undergo a major nutrition transition. And, with globalization and economic liberalization, there are side effects. The development of a population leads to new lifestyles that are more sedentary. Besides the new dietary habits, the replacement of physical labor for office jobs contributes to people becoming less active and gaining weight. But the relationship between wealth and obesity is difficult to pin down. In fact, it can reverse once a country has reached a certain level of development. When it gets to this level, residents pay more attention to their physical health and the obesity rate plateaus or even decreases. This can most notably be seen in Europe. The United States is certainly the outlier, with a very high rate of obesity despite its national wealth.

Obesity is therefore a huge challenge for public authorities. The nutrition transition that had affected the populations of Mexico and the United States has now made its way to an epidemiologic transition. This new phase no longer sees the population suffer from malnutrition or infectious diseases like before. Instead, cardiovascular diseases and diabetes linked to lifestyle are the norm. In this context, trade policies can influence a population's food quality, transform its habits, and finally impact its health. So, the question arises: can we continue to allow players to enter the global trade market while protecting people’s health as well as the environment? 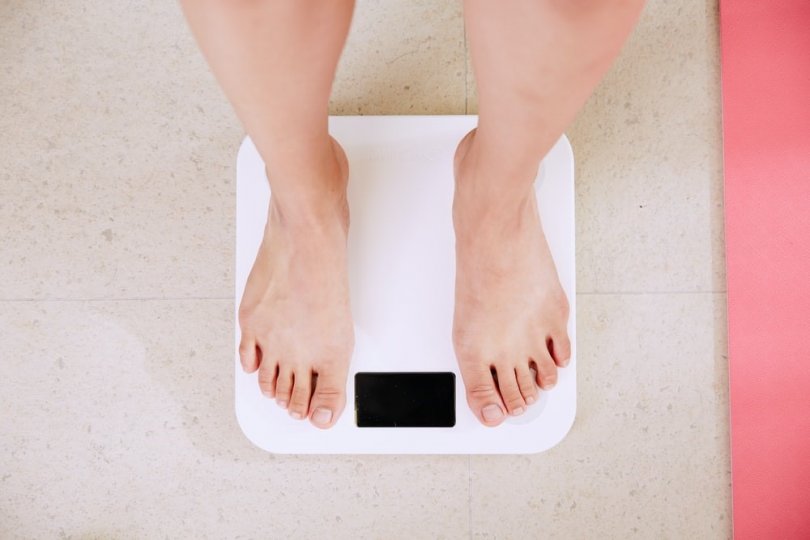 Putting the Population on a Diet?

Obesity is not only a burden on one's health, but it is a burden on the economy, too. The Mexican Ministry of Health anticipated for the year 2023 an increase in the total cost of obesity that will reach €11.2 billion. So, should Mexico break its trade relations with the United States? It is unlikely the government will decide to close its economic borders to protect the health of its residents since the negative consequences of protectionism encompass both the economic and diplomatic realm. However, some compromise solutions could limit the side-effects of economic liberalism.

For example, public authorities could influence retail prices to undercut the competition of unhealthy products on the market. One way to do this would be to subsidize local, seasonal, and organic products to support and promote their access onto smaller markets. Another solution would be to tax unhealthy food and beverages. For example, some countries have implemented a “soda tax” as a means to reduce the consumption of sugary drinks. This tax was earnestly anticipated by the Health Council of Mexico, since Mexico is the country with the highest carbonated soft drink consumption in the world, with the sad record of 163 liters per person per year. The tax, implemented in 2014, raised the price of soft drinks by 10% and the price of high-calorie foods by 8%. That same year, the numbers were relatively positive, with a decrease of 1.9% of soda sales and a decrease of 3.7% of snack food sales according to the National Institute of Statistics. However, over the years, an upsurge of their consumption can be seen. So, price controls are not 100% effective and there is still some way to go. Fortunately, this isn’t the only thing the government can make use of. 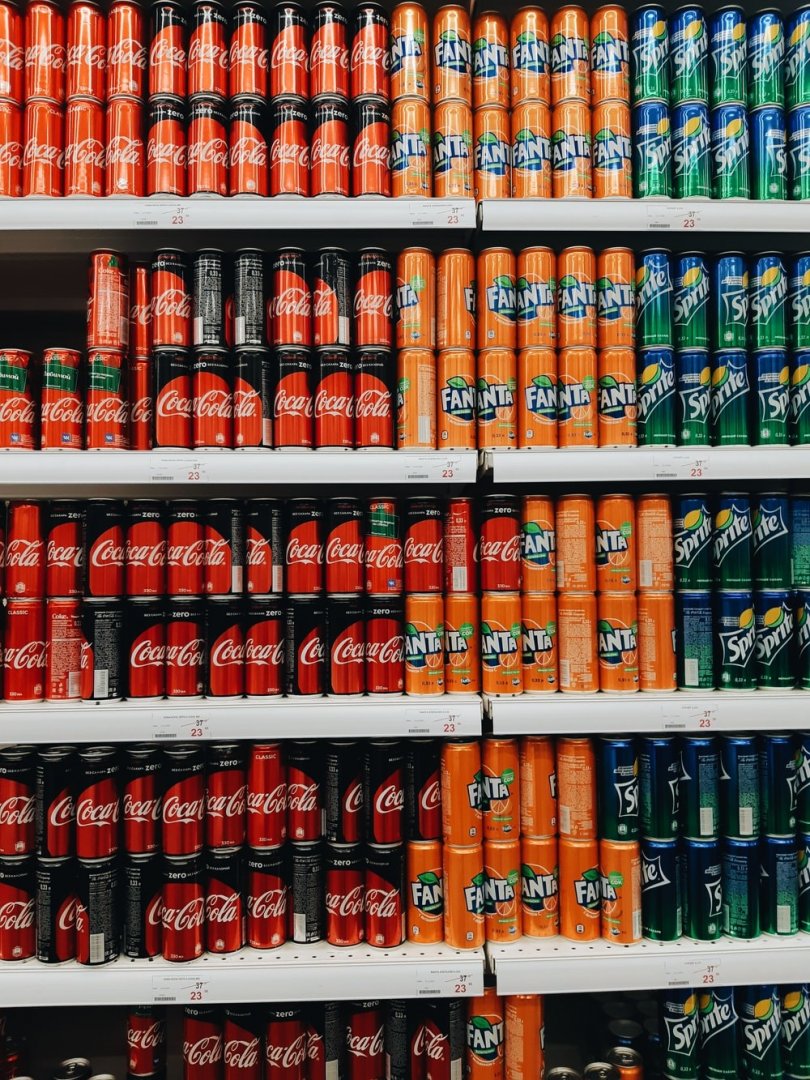 The state can also influence supply by informing the public and making consumers aware of the benefits of a healthy diet as well as the long-term effects of consuming processed foods. In October 2019, a new Mexican law was passed to implement clear warning labels on the packaging of food and beverages deemed high in salt, saturated fat, trans fat, sugar, and calories. The labels must also clearly indicate whether the product contains sweeteners or caffeine or if it is not recommended for children. If, as a result, brands decide to modify their products, these regulations uphold them to a legal framework that must be respected. This would, for example, help prevent food companies’ strategy of replacing sugar with sweeteners.

Beyond national legislation, Lorenzo Rotunno observed that states can also implement new regulations and health criteria during negotiations of international agreements and treaties. When NAFTA was signed, for example, Canada, Mexico, and the United States could have come to an agreement on banning certain food products to fight against the problem of obesity. It was only after this free trade agreement went into effect that the countries came together for a Trilateral Cooperation on Childhood Obesity Initiative in 20144 . This program brought together technical experts with support from the secretaries and ministers of health. The aim is to increase physical activity and reduce sedentary behavior by promoting social mobilization, performing community outreach, and changing urban and man-made environments. There are subsequently a set of positive actions to implement. In any event, these results allow us to reflect on different ways of consuming as well as the way the overproduction of industrial food products affects the physical health of populations.