How Much Is a Cleaner Air Worth? 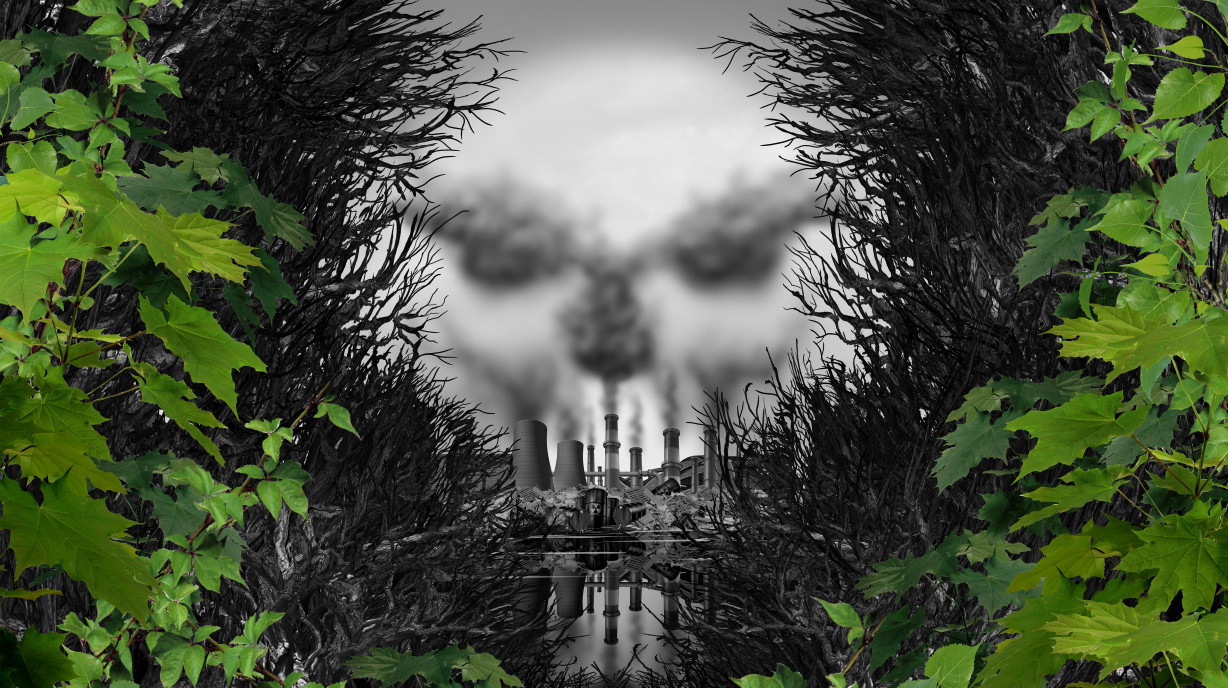 It can provoke cardiovascular and respiratory diseases, contribute to climate change, impair the growth of crops, and damage buildings... Needless to say, air pollution causes a myriad of harmful effects. But how do you calculate the benefits associated with cleaner air when they do not come with a price tag? One way to do it is to estimate the amount we would be willing to pay to avoid associated deaths. And this is exactly what the economist Olivier Chanel did. Using research from Santé publique France, he expresses in euros the deaths that could be prevented by reducing air pollution.

How many people die prematurely every year from exposure to ambient air pollution? It is easy to count, for example, the number of deaths caused by car accidents each year. However, pollution is a much stealthier killer. When someone falls ill with a respiratory disease, how can you know whether the illness was caused by particulate matter or something else entirely?

Today, we know that air pollutants have a harmful effect on our health. Particulate matter, also known as “PM10” or “PM2.5” according to its size in micrometers, is inhaled into our lungs, enters our blood stream, and can reduce our lifespan by causing, amongst other things, cardiovascular and respiratory diseases like asthma.

Yet the number of premature deaths by these kinds of diseases differ between less-polluted areas and those heavily exposed to air pollution. By statistically exploiting these differences, scientists can estimate the long-term relationship between exposure to pollution and mortality. In 2016, Santé publique France used these data from 36,000 communes all over continental France to estimate that, for the year 2007 to 2008, approximately 48,000 premature deaths could have been avoided if the pollution did not exceed that emitted by the least polluted communes. While it may be impossible to completely get rid of this pollution, even the slightest decrease could save human lives.

Olivier Chanel uses this study to propose a monetary value for these avoided premature deaths.

The “Value of a Prevented Fatality”

Attributing a monetary value to a prevented fatality could seem shocking...so why do it? This method allows us to better understand public policies since they involve several types of benefits. If we would like to determine which policy would be the most beneficial for a population amongst those focused on flood prevention, renewable energy promotion, and air pollution reduction, we must know the costs and benefits of each. While some benefits are easy to estimate through market observation such as productivity gains, infrastructure damages, or avoided medical costs, others have a value, but not a price. Amongst these benefits are ecosystem services, landscape beautification, time saved, pain avoided, and increase of the population’s life expectancy. It is important to monetarily represent these economic goods and services deemed incalculable though a market. Economists call this process non-market valuation.

How much would society be willing to pay to avoid the premature death of any one person? What is the value of a saved year of life? These questions must be answered by economists in order to determine the value of mortality gains.

To estimate the value of a human life, two main methods exist. The first depends on market observation, like the job market, where a salary is partly based on the hazardous nature of the job, like a sort of risk premium. This is the “revealed preference method,” which is primarily used in the United States. The second, which is more often used in Europe, depends on results from polls that consult the population. This is called the “stated preference method.”

The Principle of the “Stated Preference Method”

Let’s say you need to book a flight. You have the choice between two airlines that offer identical flights in every aspect (comfort, frequency of flights, flight services in the air and on the ground, etc.)...except one of companies has a one in one million accident probability while the other company has a five in one million accident probability. How much more would you be willing to pay to travel with the more secure company?
If these types of questions are asked to a large amount of people, for a great amount of mortality risks, we can evaluate the “collective willingness to pay to statistically avoid a death.”

In 2012, the Organisation for Economic Co-operation and Development (OECD) gathered 76 studies that had calculated a value of a prevented fatality this way.1 This concluded that, on average, the population of “high income” countries would be ready to pay approximately €3 million to avoid a premature death. This value has since been used to evaluate public policy by the European Union, the World Health Organization (WHO), the World Bank, and the French state. This was therefore the value applied by Olivier Chanel, Sylvia, Medina, and Mathilde Pascal.

In addition to quantifying avoidable premature deaths, the researchers also evaluated the number of life years that would be saved by reducing air pollution exposure. It relies on the age of death and the associated reduced lifespan. Once again, the stated preference method was used and led to a valuation of a lost year of life at approximately €80,000.

Thanks to these estimates, the authors could evaluate various policies focused on reducing air pollution.

Any Decrease is a Good Decrease

The level of pollution in France varies according to each commune and depends on the proximity and the gravity of the sources of pollution, regardless of whether they are human (such as industrial or domestic activity, transportation, or agriculture) or natural (like forest fires, volcanoes, or Saharan dust). However, the national mean is above the levels recommended by international bodies. WHO’s guidelines recommend that PM2.5 not exceed an annual mean of 10 micrograms per cubic meter. If the French state respected this level in the 20,000 French communes that exceed it, almost 18,000 premature deaths would be avoided each year—for a total of approximately 400,000 years of life. This equals €53 billion per year if expressed in avoided premature deaths, and approximately €32 billion per year if expressed in years of life saved.

In spring 2020, the French government imposed a strict lockdown to respond to the Covid-19 pandemic. The decrease in activities due to such restrictions resulted in a significant decline in air pollution. According to a recent study by Santé publique France2  this helped prevent almost 2,300 premature deaths in the long term, which can be valued at €7 billion. This same study also reevaluated the annual number of deaths attributed to long-term exposure to PM2,5 in metropolitan France for the period of 2016 to 2019, determining this to be 40,000. This can be explained in part by the decrease in PM2,5 concentrations since 2007‑2008 and in part by the use of exposure assessment models that have evolved since the two study periods.

In the end, these assessments make comparing air pollution reduction policies with other public policies possible. And since policy makers such as governments and administrations do not have infinite resources, it is best to use them wisely. Let’s hope that by making these health benefits more visible, it will encourage concrete measures to be implemented to combat this burden on society, health, the economy, and the environment.