Job creation and cash holdings in private firms: is there a link? 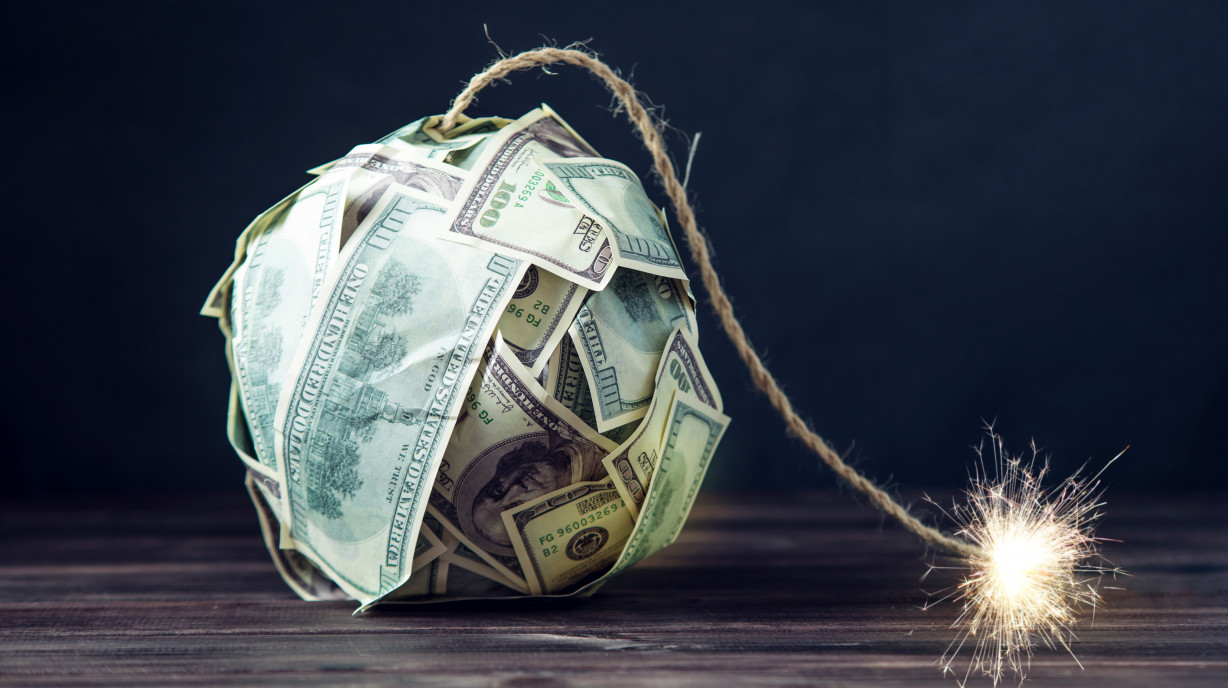 Photo by Artem on Adobe Stock

Contrary to popular belief, holding large amounts of cash does not encourage private companies to hire staff. In fact, the effect is quite the opposite. During the financial crisis of 2007-2008 and the substantial number of layoffs which ensued, companies increased the cash assets they held in proportion to other securities. Economists Philippe Bacchetta, Kenza Benhima and Céline Poilly highlight the role of external ‘liquidity shocks’ to explain a surprising link between the two phenomena.

In 2018, Apple’s cash holdings reached a record high, amassing a total fortune of $268.9 billion1 . In 2015 this sum was the equivalent of the GDP of Chile's, and has increased even further since then. Apple's situation2 is not unique: many other companies show the same pattern. In Europe, corporate cash reserves increased by 15% between 2017 and 20183 .

This is not to say, however, that companies are hiding suitcases overflowing with banknotes under employees’ desks. Cash, or internal liquidity, includes securities which are easily exchangeable, such as company deposit accounts (at home or abroad), which allow for fast financing in the very short term. Our authors are particularly interested in these internal liquidity holdings, which, relative to the other titles which the firm holds, is known as the "cash ratio". 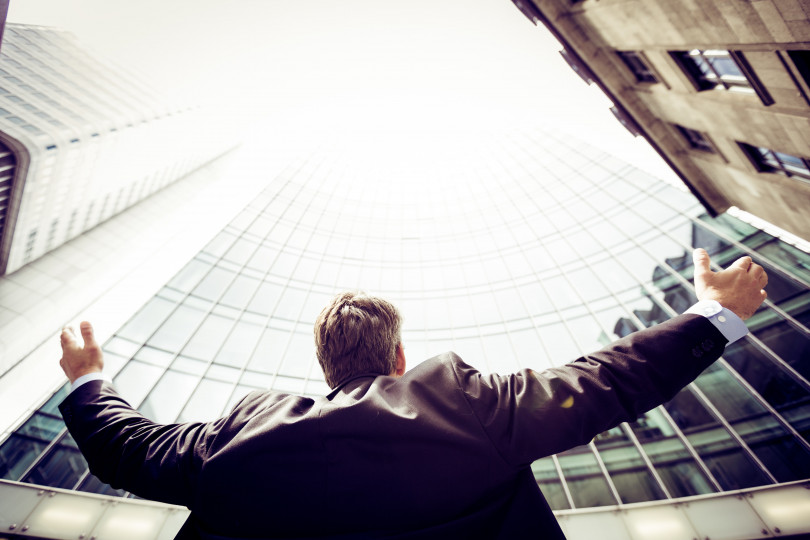 The accumulation of cash is not a rational act

In fact, the phenomenon is rather odd when seen from an economic point of view. Although it may be imagined as a boon, the accumulation of highly liquid reserves does not provide any actual benefit for a company. Despite this, companies are known to accumulate colossal amounts of cash as part of their internal liquid assets. In general, holding such highly liquid assets is not a particularly attractive prospect for a business. The company could invest this money and see their interest grow, hire new recruits, or invest it in a new project or material asset. So, what is the motivation for leaving cash languishing in the company's bank account?

It is even more surprising to observe that the companies which hold the most cash in their treasury are also those whose employee numbers are diminishing. By studying non-financial American companies between 1980 and 20144 , Philippe Bacchetta, Kenza Benhima and Céline Poilly show that the proportion of cash in the balance sheet of a company changes in inverse proportion with the number of employees. Our authors’ study shows that this correlation is even further accentuated during an economic downturn.

The graph below shows fluctuations in employment (the black line) and in the cash ratio, i.e. the proportion of internal liquid assets in the balance sheet (the red dotted line) of companies in the United States, from 1980 to 2014. The effect of the 2007-2008 crisis is very clear here: the dramatic drop in employment was accompanied by a sharp increase in companies' cash holdings, in proportion to other assets. 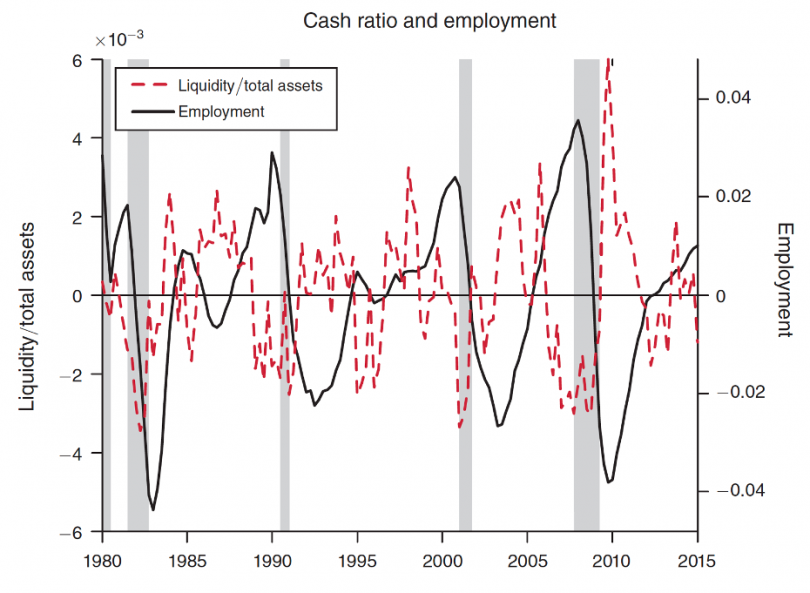 The 2007-2008 crisis that swept through the global banking and financial sectors, strengthened the correlation between the cash ratio and job losses even further. The subprime crisis, caused by a combination of several unfortunate factors (high-risk or subprime mortgage lending, or so-called 'toxic securities'), cumulated with defaults in household mortgage repayments, which had a knock-on effect on interbank lending. The economy is constantly being impacted by different types of shock, be they monetary, political, or technological, which can lead to periods of recession. But it is mainly shocks to the banking sector that have affected businesses, and which enable an understanding of the phenomenon observed by the authors of this piece.

A closer look at financial shocks

In general, a business has several options for financing and borrowing. A bank loan can be secured for medium to long-term borrowing. A credit shock occurs when there are insufficient loans from banks, or when businesses default. The company can also take out a short-term loan, which constitutes an inflow of external liquidity, as these securities are easily exchangeable. In this case also, it is financial intermediaries who provide the money, but this money is lent more easily and quickly because the short-term loan presents a lower risk of default. However, an external liquidity shock can occur when short-term loans are frozen because financial or banking markets are dysfunctional. These shocks make production less attractive and difficult to finance, whilst generating an internal need for liquidity. 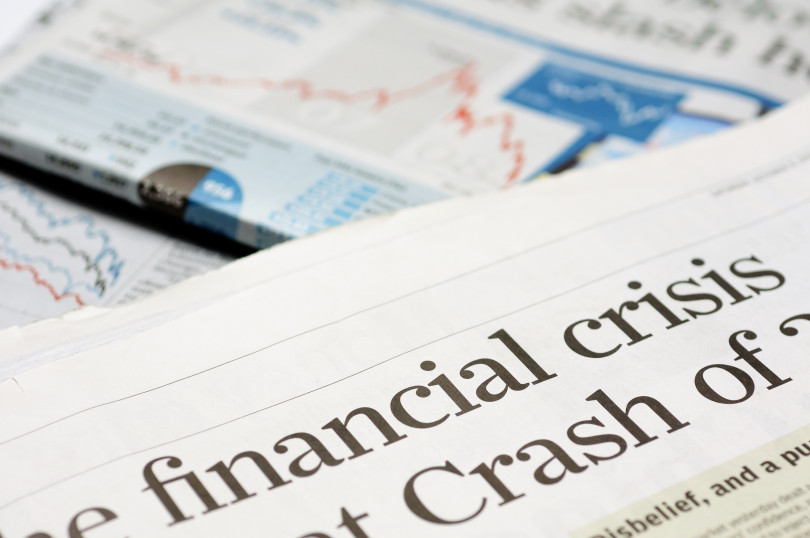 The authors use a model that distinguishes between different types of economic or financial shocks. By differentiating between liquidity shocks and credit shocks, our authors identify the mechanism that incites companies to prioritise cash over other assets whilst simultaneously laying off workers. Financial shocks to external assets, as a rule, receive very little attention, so our authors’ work is a new approach in the field of shock analysis.
Thanks to their model, the authors can determine the influence of each of these shocks (as a percentage) on the fluctuation of production, employment, and cash holdings for businesses. They observe that these characteristics have been scarcely affected by credit shocks, whilst on the other hand, external liquidity shocks have had a significant impact on the holding of internal assets, on productivity, and on employment. The earliest signs of the 2007-2008 crisis can not only be traced to a reduction in the supply of bank loans, but also to a considerable reduction in bank liquidity. As companies had more difficulty borrowing in the short term, they transformed their assets into cash. Right after the crisis, their cash ratio (the proportion of cash out of all the company's securities) exploded, while employment numbers fell. These assets do not produce any profit, but companies compensate for the absence of external liquidity from banks by accruing abundant internal liquidity.

Why exactly do companies need a cash surplus even whilst laying off staff? Companies need easily exchangeable assets to be able to pay employees each month or to meet urgent expenses. At first, this mass of cash is mainly used to pay staff wages. However, in parallel, firms are facing instability in the banking market and restricted options in funding sources. It is this financial or economic pressure which incites them to make staff redundant. Reducing payroll costs is particularly effective in relieving monthly losses quickly. One might wonder why the cash ratio increases when companies use their cash assets to pay employees, yet companies create cash reserves at the beginning of the month to be sure of their ability to pay staff wages at the end of the month.

In their study, the authors conducted a long-term study of all non-financial American companies, in the context of the economic conditions. They also show that at an individual level, if a company cannot raise external liquidity due to its economic situation, it will increase the internal cash reserves it holds. And, this increase goes hand-in-hand with a decrease in the number of employees5 .

Of course, payment of salaries is one of the motivations for companies to decide to boost their cash assets, yet other factors may also lead them to this strategy. The case of Apple, for example, is unusual, since the firm holds a good part of its funds in foreign subsidiaries, and repatriating them would involve expensive tax payments. 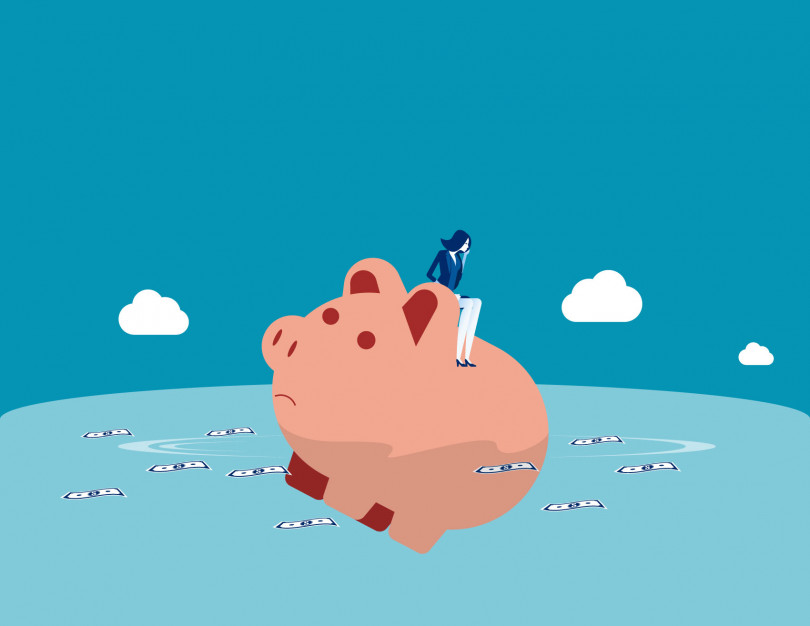 Infographic by Zenzen on Adobe Stock

Managing the effects of a crisis?

The amassing of internal liquidity in proportion to other assets is even more significant in times of crisis. However, the tendency of companies to increase cash reserves to avoid running out continued even after the 2007-2008 crisis: the phenomenon constitutes a viable safety net for the company. Yet the effects on layoffs of holding cash are not the same in times of growth and recession. A future research project could thereby detail how the relationship between employment and cash is affected by the economic situation. However, it is during a recession that the relationship is strengthened, as shown in the above graph (where periods of recession are shaded grey).

The banking market, and external liquidity shocks in particular, have an impact on employment. The model helps financial institutions and central banks to assess the health of the financial sector more effectively. Such a study throws light on the possibilities of regulation to curb the effects of a crisis. In this example, the FED - the US Central Bank - could play a role in accommodating the external liquidity needs of companies. Could the FED favour short-term loans to companies to prevent their shortage from causing the type of economic or financial shocks which lead to job losses? This issue, on the periphery of the authors' research, touches on a more general question: the regulation of financial markets, and the role of the central bank in the financial economy.