May God Bless You! (If you pay) 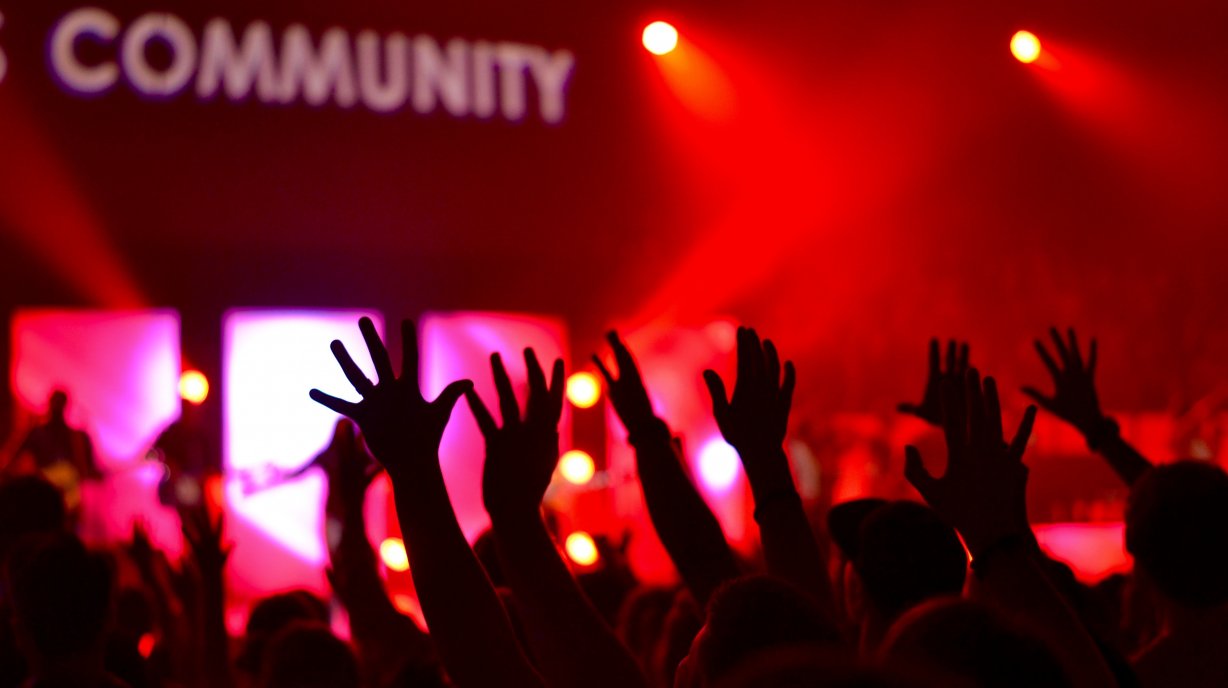 Photo by William White on Unsplash

For both insurance and divine protection, giving to the church can pay off. This is what economists Emmanuelle Auriol, Julie Lassébie, Amma Panin, Eva Raiber, and Paul Seabright demonstrate after studying the reasons why Ghanaian parishioners often give such large donations (sometimes over 10% of their income!) to their churches.

Religious communities are at the center of Ghanaian social life. This is especially true for Pentecostals who are part of the evangelical Christian movement. Among the 1,070 people interviewed by the researchers for their study, 40% said they had met their spouse (or thought they could find them) within their community. Community membership depends on individual involvement, but it also on monthly donations to the religious authority. Emmanuelle Auriol, Julie Lassébie, Amma Panin, Eva Raiber, and Paul Seabright highlight two channels that can explain part of the high amounts churchgoers regularly donate. On the one hand, the church may provide an informal insurance to help members in times of financial difficulty. Of the participants in the study, 23% had already received financial assistance from their church.  On the other hand, donations to the church or other charitable causes are seen as a good deed. They are considered to bring on positive things - a kind of spiritual return on donations. 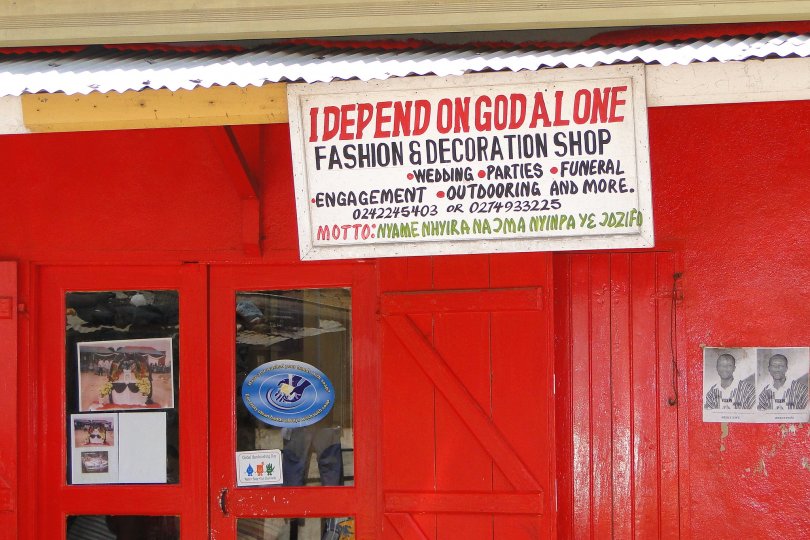 With its billboards advertising pastors1 , store names such as “God Is Present” and “By His Grace” , and buildings of worship on every corner, it is obvious that religion is very present in Ghana. In fact, over 94% of the country’s population declares itself to be religious.​​​​​​​2  Pentecostalism, an evangelical movement of Protestant Christianity that emerged in the United States of America in the early 20th century, is among the most widespread religious movements in this region. Known as Spirit-filled Christianity by its supporters and part of the Charismatic movement, Pentecostalism today accounts for a quarter of the world's nearly 2 billion Christians.

Pentecostalism is based on the idea that God directly intervenes in the lives of the faithful. It is not uncommon to hear during church sermons phrases such as “This month, no accident, sickness, or stagnation shall affect you” or “If you give, you shall not have any dark days3 ." The idea is simple: not only will “God give back,” but he will give back tangibly (with a new car, a new job, the anticipated visa, etc.) and quickly.

Parishioners often offer one-tenth of their monthly income to the church. This offering is in addition to occasional donations for specific church needs (like its infrastructure) as well as the money donated during each service. Wanting to understand why parishioners make these donations the researchers set up a specific protocol for their study.

For their study, the researchers went to Ghana in both 2015 and 2019 and interviewed more than 1,000 Pentecostals from a well-established denomination. They assigned these people to three random groups. One-third of the congregants were enrolled in free “funeral insurance” for one year. In the event of the death of themselves or a loved one, their family would receive financial assistance of a few hundred dollars for the funeral arrangements. The second group, consisting of another third of the congregants, only received information that such an insurance existed, but they were not enrolled. The final third  did not receive the funeral insurance or information about it. The researchers relied on pastors of the participating churches to coordinate the insurance policy.
Why does this financial help for funerals exist? Funerals in Ghana are often very expensive. They customarily gather hundreds of people together and are seen as festive events. Coffins may be shaped like various objects (a plane, a pen, etc.), and undertakers are known for having a sense of rhythm (perhaps you have seen this video titled “Coffin Dance” in which six pallbearers dance as they carry a coffin4 ). Religious communities  often provide financial, material, moral, or even logistical help at funerals. 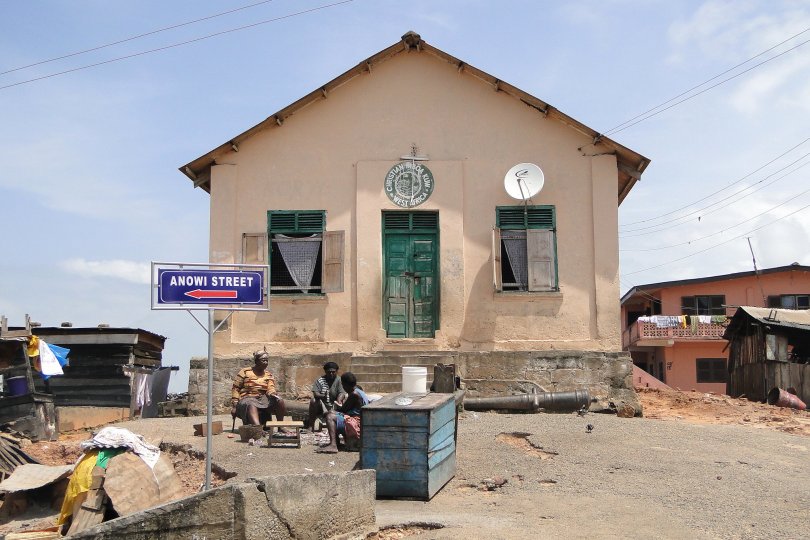 The economists’ aim was simple: they sought to determine whether this formal insurance policy had an impact on donations to the church. To do this, they gave all participants a set sum of money and asked everyone to allocate it among four recipients: themselves, their church, for the organization of the national Thanksgiving holiday (an important interdenominational religious event not linked to their church), and a charitable organisation to help homeless children receive an education. The economists hypothesized that if the formal insurance policy replaces some of the informal insurance provided by the religious community, donations to the church by the insured would decline, whereas the amount of donations to all other recipients would remain the same. However, they found that, for those with insurance, all giving dropped by about 12% compared to those who had only the information about insurance, and those who had neither the information nor the insurance.

This demonstrates that, in addition to the informal insurance mechanism, there is the idea that good deeds, such as donations to charities or national events, can be rewarded through a more “spiritual channel”. With their behavior, church members might want to signal their merit to God, with the hope to receive protection in return: a kind of divine insurance. A formal funeral insurance policy reduces the need for this divine assistance and consequently reduces all donations. The idea that actions have an impact on other aspects of life is not exclusive to Pentecostals; this is the whole principle of karma or, more broadly, of religions of any kind. As the French Catholic archbishop and writer François Fénelon declared in his novel The Adventures of Telemachus, “The good that one does is never thrown away. If men forget it, the gods will remember and reward it6 ."