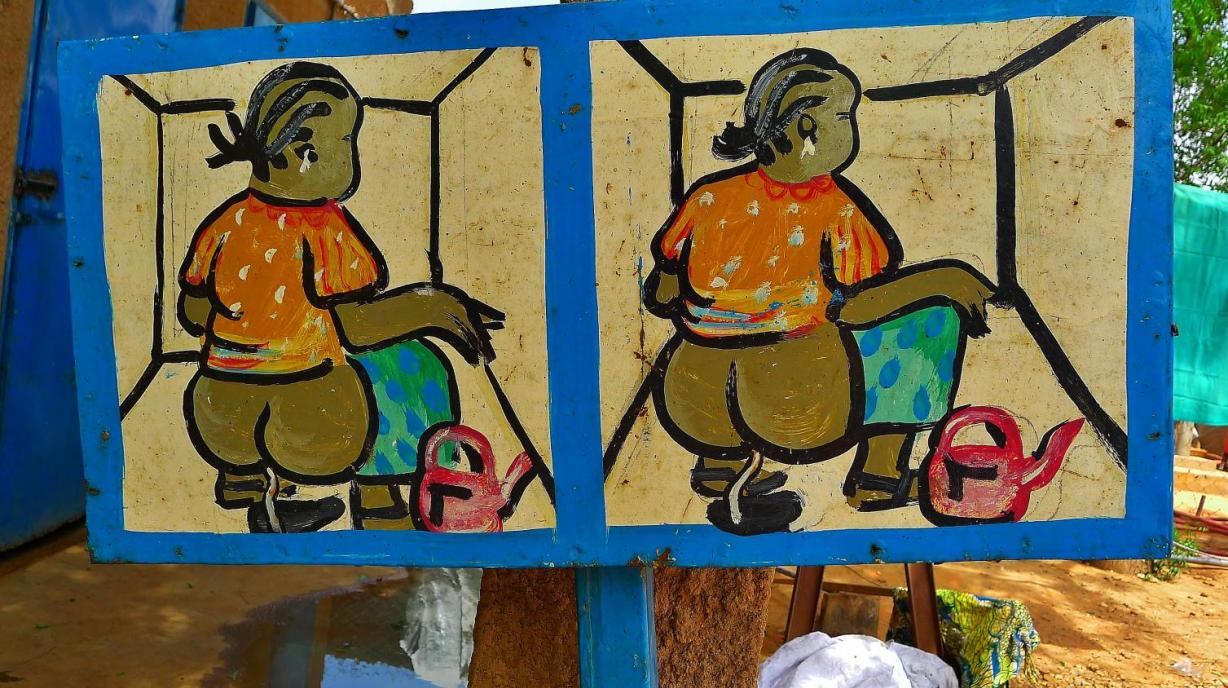 Today, 2 billion people still lack basic sanitation access. Although that constitutes a health emergency, the proposed solutions are not always appropriate. Authors Alzua and Djebbari show that involving the community in a sanitation program in the Koulikouro region of Mali leads to shifts in collective practices as families build and start using latrines.

« Sanitation is more important than political independence » said Gandhi in 1947 during a non-violent movement for India’s independence from the British. Sanitation protects health, hygiene, and dignity. In most developing countries, access to private latrines is limited, especially in rural areas. 70% of the affected population live in rural areas in the poorest countries1 . In a study based in the Koulikoro region of Mali, Professor Habiba Djebbari, María Laura Alzúa, and their co-authors find that children growth improves as the result of a sanitation program, with significant reduction in child stunting among infants. They use anthropomorphic analysis to measure the size and weight of young children. These indicators of health and good nutrition show that even basic toilets help to improve children’s well-being. The researchers won the Best UNICEF Research Award in 2015 for their study2 . 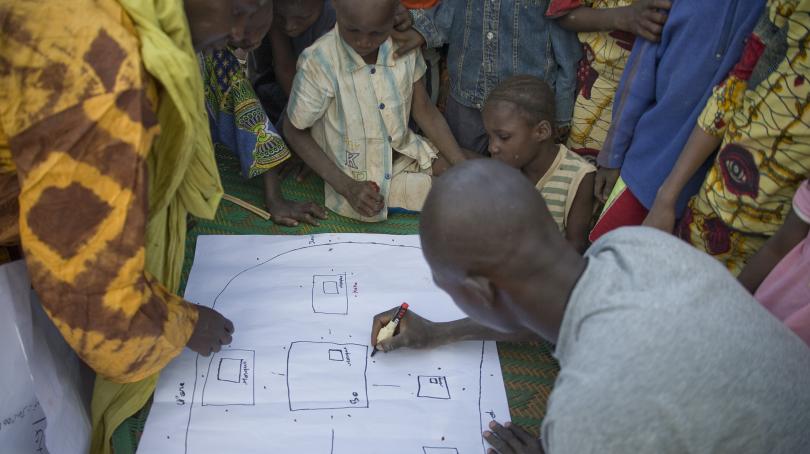 A large part of the Malian population, mostly in rural areas, has no access to decent sanitation and still practices open defecation. Open defecation pollutes water sources and soil and spreads bacteria and pathogenic germs. Access to health care is limited, and health care available is often very expensive and not always efficient. In Mali, more than one child in eight dies before the age of five. Hygiene urgently needs improvement to combat disease, which is why the Malian government has made better sanitary conditions a top priority.

A problem that gets avoided

The Malian case is not unique - in most developing countries, access to latrines is a sensitive subject. It is often filtered off from the top of public concerns, despite its worrying consequences. Most people prefer to look away, because of taboos or disgust. A wide range of international programs give it a miss and focus on education or public health insurance coverage, for instance. Of the programs under the “WASH” banner, for “Water, Sanitation and Hygiene”, many leave out the second component and simply address the two others. Gerard Payen, a member of the Council for Water with the U.N. Secretary-General3 , says “it is a taboo question, and especially in the majestic UN compound, where no government representative wants to discuss his sanitation issues and wastewater problems”4 .
Not only is the subject taboo, but the approaches selected are not always effective. They require expertise and adaptation to the field if they are to work. 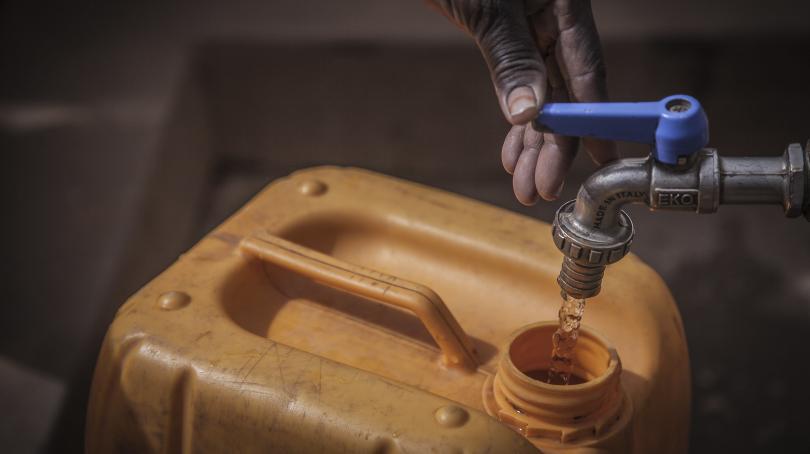 Providing toilets for everyone

In a forthcoming article, the researchers try to explain why the Malian sanitation program improved sanitary coverage in the rural area of Koulikoro, while many other programs failed. In India, Prime Minister Modi launched the Swachh Bharat Mission (SBM) aimed at building toilets throughout the country. But a wide range of installations was abandoned as inoperable or simply in contradiction with traditional customs and beliefs5 .

Different approaches to providing adequate sanitation have been tested but not all have proved successful. Some programs offer grants for individuals to build latrines. Others train masons who then construct latrines in the villages. In the Malian program, the villagers themselves are in charge of building them. Program field workers gather the community for half a day to discuss sanitation problems related to open defecation and give general guidelines on the design of basic toilets. After 18 months, villagers in this program study areas were twice as likely to own and use private toilets in comparison to villagers in control study areas, and open defecation was reduced by 50%. What can explain the success of the program? 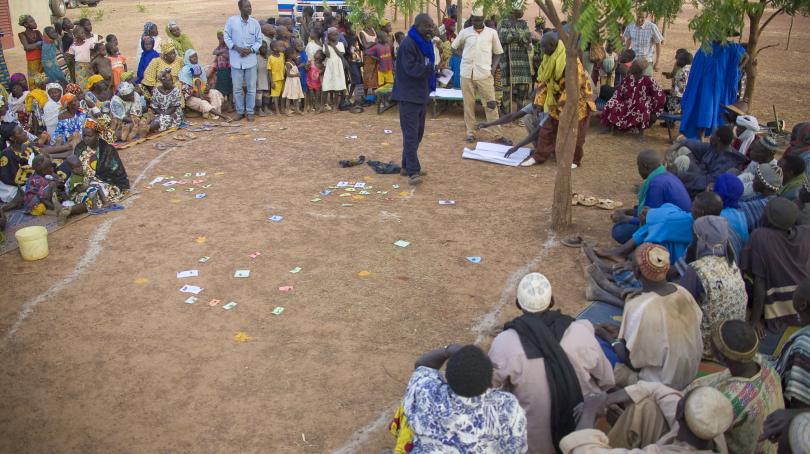 Building latrines is not enough to ensure that people use them. In some regions, habits and beliefs are hard to shake. To make the solutions work, they need to be adapted to different contexts. In monsoon regions of India, for instance, the use of latrines requires planning for sludge management. In addition to difficult conditions, certain Hindu precepts view defecation inside the house as impure. Traditions are a barrier to the adoption of new habits.

What’s different about the Malian program is that it involves the community in launching change. Instead of implementing a sanitary infrastructure from the outside, sanitary solutions are explored and developed within the community itself. This approach relies on several disciplines (environment, public health, social sciences). It includes and involves Malian villagers in the decision-making and the building. During the half-day of awareness, many spontaneously demonstrated a desire to have their own toilet. This commitment was then turned into action, with the majority constructing their sanitation in the following days. The follow-up survey, 18 months after the intervention, shows that this commitment guarantees use and sustainability. 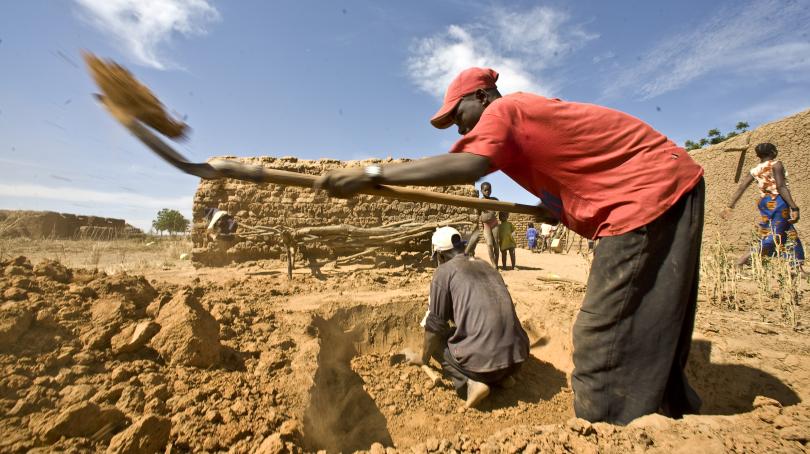 Installing latrines impacts more than just health. Toilets protect privacy and preserve dignity. For women, these issues are especially important. Often suffering from limited freedom or under threat, sanitation is a safety concern for them. To protect themselves, women go out in groups when they want to defecate. In some regions of India for instance, women have to stay in the family home and this time together is often a rare or the only opportunity for socialization. It is not enough to give them better sanitation conditions, programs also need to ensure that they will commit to the change in habits.

Why was the Malian program a success?

The authors compare outcomes in targeted villages to control villages to assess drivers of change. In both cases, the Malian population had access to information, and they knew the risks involved in the lack of hygiene. However, the program showed them that renovating or installing latrines was cheap, making it clear that sanitation was accessible to everyone. As a result, many realized there were low-priced solutions, which led to increased private toilet acquisitions. But the impact of the Malian program goes farther: the main goal is not just to construct toilets but to ensure open-defecation-free communities. It influences social norms by stigmatizing open defecation and increasing the cost for people that don’t respect these norms. It offers a public forum for discussion without taboo. People acquire a new view of the hygiene conditions in their village and the consequences of their choice on others’ well-being. The classic free-rider issue is counteracted by social norms: the more individuals realize the urgency of acting, the more they receive gratification from their change in behavior. A little change in beliefs can swing the norms for the entire group. This is the objective of this kind of “total sanitation” policy: that all the villagers give up open defecation.

Assessing situations abroad is never easy. The authors also included local researchers from a local ‘Think Tank’6 to facilitate interaction with local stakeholders and enhance results dissemination. UNICEF supports the program and the government implements it through its Ministry of Environment, Sanitation and Sustainable Development, with the help of local facilitators.

Before and after the intervention, the authors collected data on practices regarding use of latrines and open defecation. To eliminate possible bias, they used local teams. For three weeks, the teams were trained in surveying and observing. As a supplement to data from the survey, which could suffer from reporting bias, the surveyors carried out observations of each latrine based on different assessment criteria.

Finally, certain areas abroad are subject to instability in varying contexts. During the survey, Malian villages situated in the north were very close to a war zone, which delayed the final data collection, finally carried out 18 months after the first intervention. 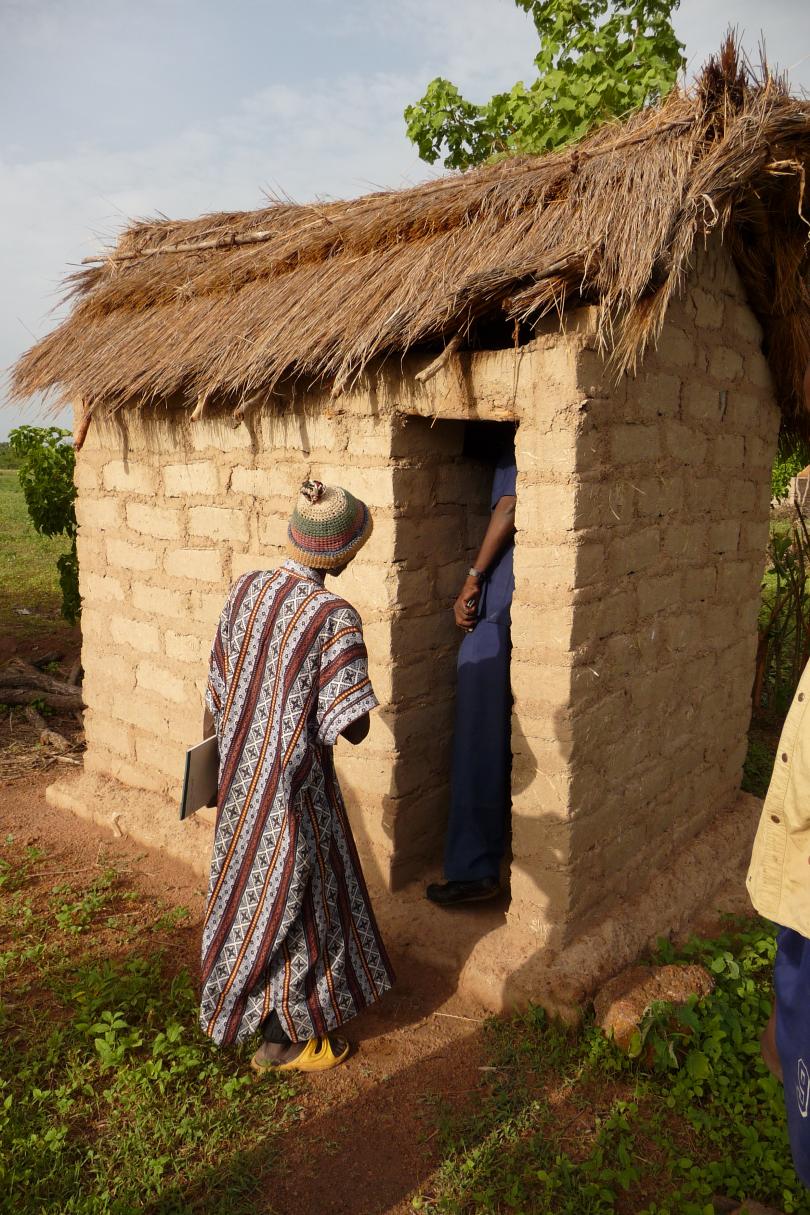 At the heart of the sanitation issue is the building of sustainable systems accepted by the people. This not only requires adaptation to climatic and cultural contexts, but also investigation into behavioral responses to the available solutions. Economics, in its experimental approach, can help assess these responses and offer guidance. An inter-disciplinary approach, where environmental engineers, public health experts and economists meet, helps us understand better the adherence issue.

It remains to be seen whether the Malian experience will continue to pay off over time. The authors look forward to returning to the field and verifying the sustainability of this policy. It is fundamental to assess the effectiveness through time, because health and hygiene can only be improved through changes in habits and practices. If their impacts are sustained, such actions may have long-term consequences on social and economic development. What will happen when more water has flowed under the bridge?