Of rice and folly in Cambodia: from Angkor to Democratic Kampuchea 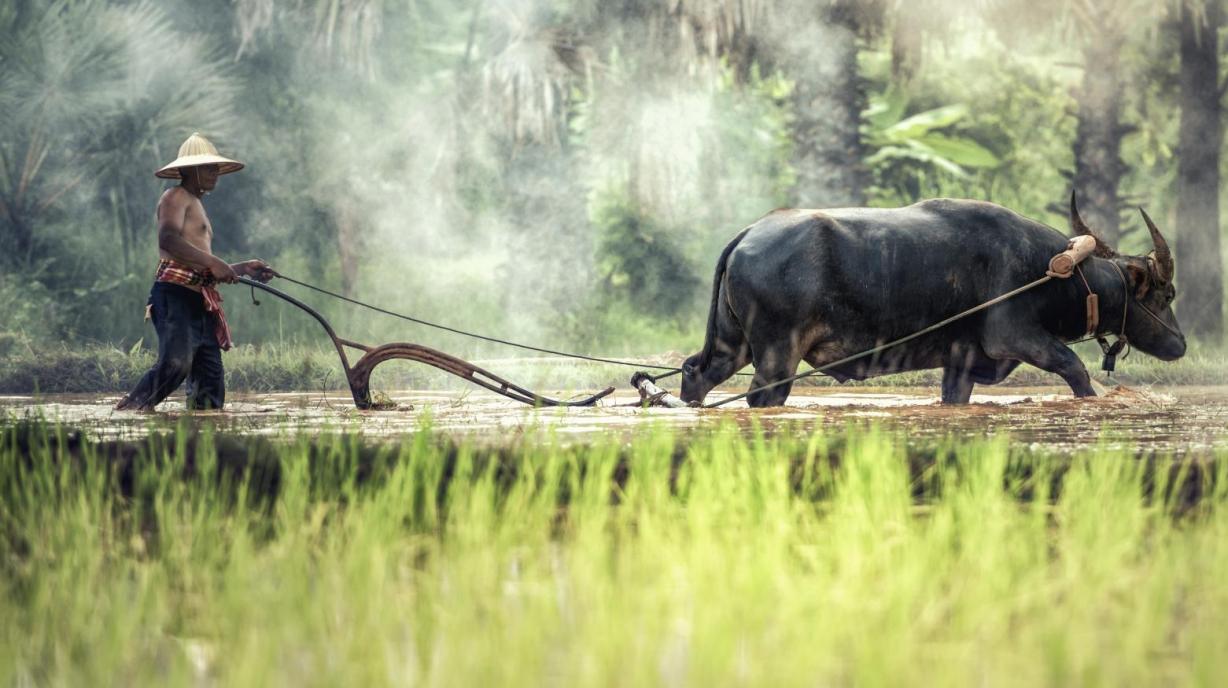 From the Angkor Empire to Democratic Kampuchea, Cambodia has been in turn a land of plenty and of poverty, a prosperous and then battered country. Connecting these two stories, historian Ben Kiernan draws a line: Cambodia has always been a master in the art of rice-growing. Since the glacial era, climatic conditions have shaped a fertile land, home to both the Khmer civilisation and modern Democratic Kampuchea.

We can all picture the steppes in shades of green that represent rice-growing in Southern Asia. The region possesses the right climatic conditions and incredible natural advantages. In 2021, this part of the world is expected to produce 128 million tonnes of rice. Staple food and the cornerstone of the Khmer civilisation and its subsequent Angkor Empire, which remained prosperous from the IX to the XIII century, rice crosses the ages. Over the different periods, its cultivation has taken different shapes and forms, with humans sometimes switching from adaptation to modification of their environment.

Ben Kiernan traces those little grains of rice all the way back to find the root of the current Cambodian abundance, in the glacial period. What made this land the right place for the Angkor Empire to emerge and prosper? Rice acted both as a cornerstone for the Angkor Empire and as a stumbling block for the Khmer Rouge1 , who faced crop failure leading to economic disaster. Since the first human settlements, rice-growing has persisted, but in different ways depending on the different eras’ perceptions of nature and agriculture.

From a bloody past…

A forty-year career and ten books later, Cambodia still hides parts of its mystery from Ben Kiernan. His path crossed that of Cambodia for the first time when he was a graduate student in Australia. At that time, few realized the genocidal aspect of the dictatorial regime, named Democratic Kampuchea and which, under Polpot, from 1975 to 1979 killed more than 20% of its Cambodian population.

To undertake his study, the historian learned to speak Cambodian and explored the bloody past of the country, settling for 4 months in a Thai village close to the border of Cambodia. He met Cambodian refugees fleeing the violent massacres perpetrated on the other side of the border. From then on, his close links with Cambodia were never severed.

Taking a sharp look at the Khmer Rouge regime, he denounced what is still subject to debate: the Cambodian genocide. It was only in 2018 that Khieu Samphân2 and Nuon Chea3, both senior officials of Democratic Kampuchea, were condemned for genocide under international law.

After his long fight for the recognition of the genocide by international justice, Ben Kiernan dug deep into the history of Cambodia to link the Angkor Empire and the Khmer Rouge regime, especially comparing the natural and environmental make-up of the two different policies. 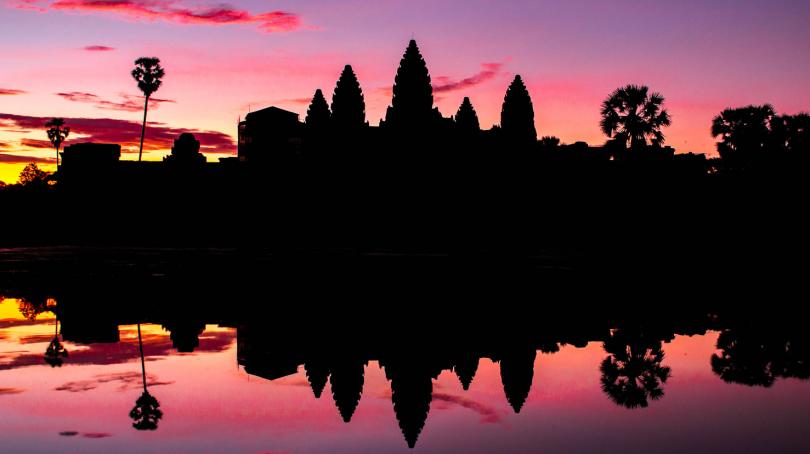 Photo by Florian Hahn on Unsplash

Democratic Kampuchea re-adopted the original term “Khmer” used by the Angkor Empire to name their civilisation, with the aim of reasserting their prosperous past. The dictator Polpot was motivated by the nationalist idea of a glorious past, maintained by colonial French ideology. The French colonizers respected the Angkor culture and wanted to preserve it, creating divisions between Cambodia and its neighbours by elevating the Cambodians above the Laotians and Vietnamese. Imbued with these ideas, Polpot’s ambition was to rebuild the Angkor economy. 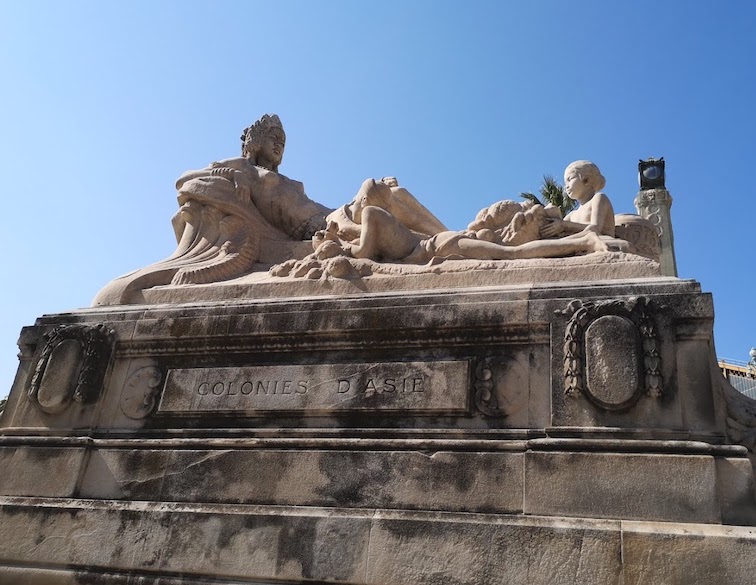 “Asian colonies” says the plaque on the statue at the bottom of the steps to St. Charles train station in Marseille. On his journey to France, Polpot probably walked by it, to reach Paris and start his schooling. The statue embodies the French colonial vision: a Cambodian woman lying down while a Vietnamese boy and a Laotian girl serve her. French ideology considered the Cambodian people superior to the Vietnamese and Laotians and granted them a privileged position. This idea spread into the mindset of Khmer leaders and nourished the racist theory that led to the murders of Cambodian minorities. According to Ben Kiernan, the genocide was based on a communist-Maoist view as well as a xenophobic and racist position.

The Khmer leaders dragged their population into forced labour to modify their environment. Polpot had in mind the prosperity of Angkor and wanted to reproduce it. To understand the regime, Ben Kiernan goes back to the ice age: “I wanted to put in a historical context not just the long-term history of Cambodia but also the economic basis for the project that the Khmer Rouge undertook. They explicitly intended to rebuild the economy that was the glory of Angkor”.

What makes Angkor so prosperous? Nowadays, its greatness is still visible through the temples that rise out of nature as if they were impervious to the passing of time. However, the historian wonders “how did they produce such a powerful empire in the middle period whereas the soil was not that good?” Ben Kiernan anchors his study in the distant past, to understand how agriculture came to Cambodia and became the basis of such a prosperous civilisation. He goes back to the first signs of human activities, in the ice age, around 10 000 years BCE.

How to build a time machine ?

First, the obvious archaeology sources such as skeletons and evidence of human life in the soil. In addition, natural archives examine the causes of sediment causes, based on information on charcoal from fire or on the pollen in the atmosphere at that time. With this material, scientists can go back to more than 8000 years BCE. The technique identifies the emergence of a “slash and burn” agriculture from the presence of fire every three years. To confirm this assumption, the components of the fire can be studied. During the hunters-gatherers period, fire was used to facilitate hunting for any species. The ashes that were evidence of the “slash and burn” technique concerned specific species linked to targeted fields. To identify the presence of sedentary inhabitants, scientists discovered 50 circular earthworks, representing the first agricultural villages. They are circles of earth and walls, with enough room for more than a hundred people.

Angkor enjoyed good conditions: even more than in neighbouring countries, weather and geography were favourable for agriculture. The monsoon, from May to September, irrigates Cambodia easily. The country is crossed by the Mekong river and in the centre of the country lies the Tonle Sap Lake, which expands and recedes depending on the season. With the North Sea, it is considered the largest source of fish in the world.

The Khmers, during the Angkor Empire, knew how to take advantage of these good conditions. They also learned to stock water in huge pools to prevent flooding and to reuse it during the dry season. Their very high-yield rice-growing was the basis of their prosperity and bears witness to hundreds of years of adaptation to climatic variations. 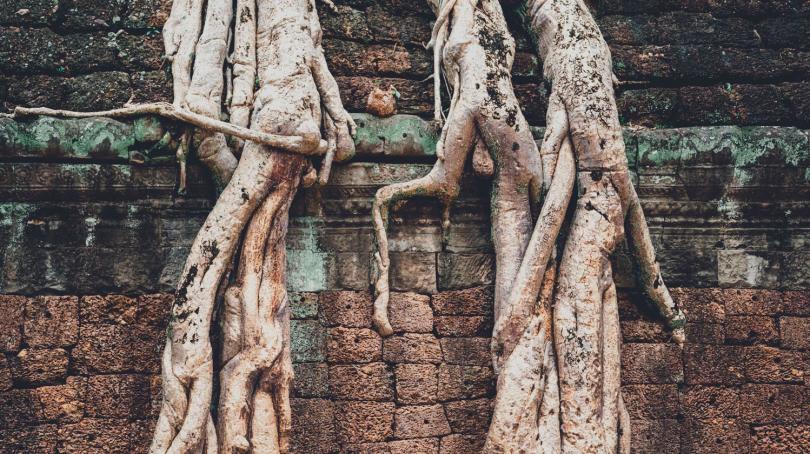 Photo by Rod long on Unsplash

Transform nature or go with the flow?

In terms of their view of the environment, the Khmer Rouge differed from their ancestors and their attitudes explain, to some extent, the regime’s economic failure. They saw the irrigation system as the basis of the Angkor Empire’s greatness. Following the French view, the Khmer Rouge thought the channels built at this time allowed permanent irrigation of the rice, so to copy the Angkor model, they irrigated their fields three times a year.

In reality, the Empire let nature takes its course and adapted to it. People were compliant to dry seasons. When rivers slowly receded, they planted in the wet mud, thus obtaining high yields. The channels were not designed to let the water pass through, as it was first thought, but to build temples by transporting stones. Wishing to imitate the Angkor civilisation, the Polpot regime denigrated the knowledge and techniques of small farmers. Despite their new, modern productivity-based goals, the result was a disaster.

While the Cambodians suffered, nature remained oblivious to human folly and continued to offer the same weather conditions as always. Temples still stand, amidst the scars of the Cambodian trauma-ridden past. Although majestic, however, they can’t compete with the greatness of immutable nature. Looking at how the inhabitants have adapted to it since the ice age, Ben Kiernan explores what distinguishes civilisations through the ages, as well as what remains permanent.

Between permanency and change: Cambodia and its culture