The Schoolbag Revolution: Educating for Democracy 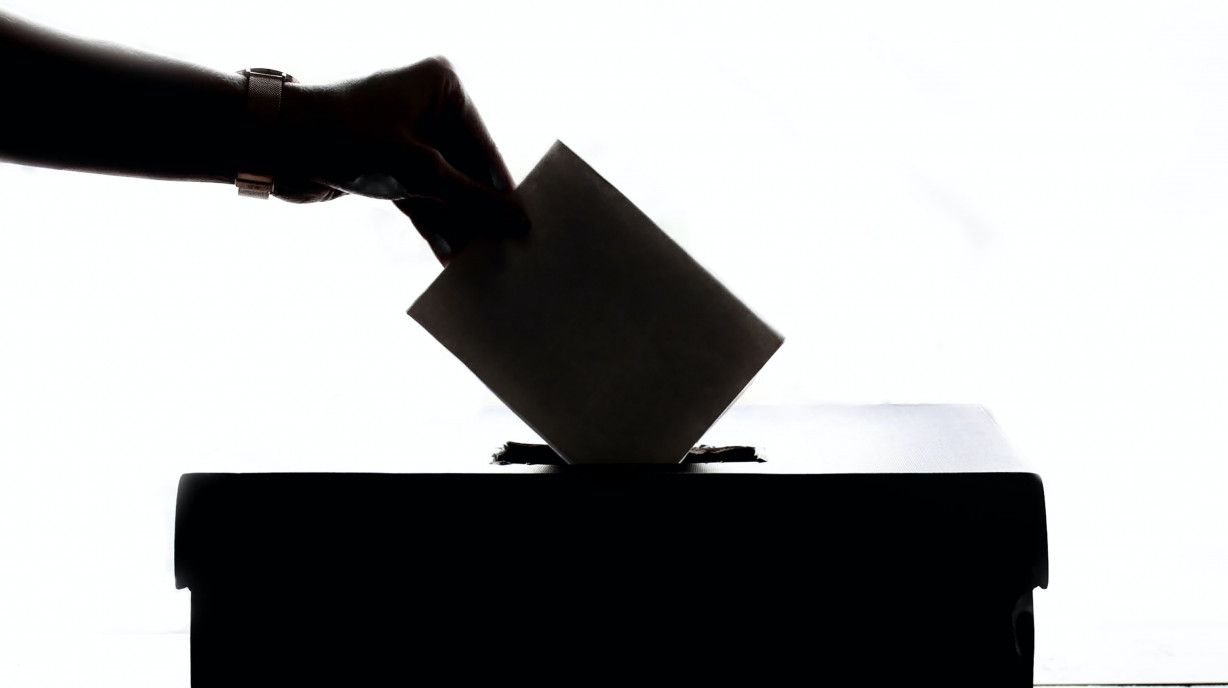 Photo by element5 digital on unsplash

Are the foundations of democracy always laid in the midst of civil disobedience? Most democratic transitions in the last century have not, in fact, been the result of a peoples’ revolt. When it is in their own interests, authoritarian elites have been known to cede power without witnessing an insurrection. The economists Raouf Boucekkine, Paolo G. Piacquadio and Fabien Prieur interrogate the conditions necessary for peaceful transfer of power, by highlighting how education can lay fertile ground for the seeds of democracy.

During the 20th century, democracy was established as the ideal to be attained. From 1975 onwards, a democratic wave spread to Southern Europe, to certain African or Latin American countries, and then the ex-bastions of the Soviet bloc at the end of the century. These remarkable changes have caused several authoritarian regimes to fade away, to be replaced by burgeoning democracies. So, what does a transition from authoritarianism to democracy look like ?

Is a Revolution Necessary?

In 1789 the Bastille was stormed in the name of the sovereignty of the people. The French Revolution ended the absolute monarchy by proclaiming the 'First Republic' of France. However, not every democratic transition has been borne from bloodshed, and cutting off heads is not always necessary. In fact, out of 227 recognised democratic transitions in the world since 1960, only 30 (13%) have followed a period of revolt. This means that 87% of the transitions of the past century have been peaceful. It beggars belief, nevertheless, that a dictator or military junta would let go of power out of pure altruism or goodness of heart, so it is important to examine how the seeds of democracies were sown in the political field in such situations.

In the social sciences, there are divergent theories for interpreting the process of democratisation. Generally, there are two conflicting theories: the first theory is that democratic institutions which initially encourage economic development. This theory propounds that well-functioning state structures, and a respect for the democratic process, create conditions for the establishment of a modern nation state.
An opposing theory suggests that economic development drives the process, providing fertile ground for democracy to thrive. The latter perspective was proposed and developed by Seymour Martin Lipset in the field of political science. Lipset's theory is that economic growth propagates a true political culture by conveying democratic values and attitudes, principally through education. The link between education and democracy is well-explored in empirical studies, which can be easily found in economic literature. Yet puzzlingly, the subtle mechanisms identified by Lipset have been little explored in theoretical analysis before now. To remedy this, Raouf Boucekkine, Paolo G. Piacquadio and Fabien Prieur put forward a theoretical reformulation, making it possible to understand how authoritarian states can progress towards democracy, with regard to their development and educational systems. 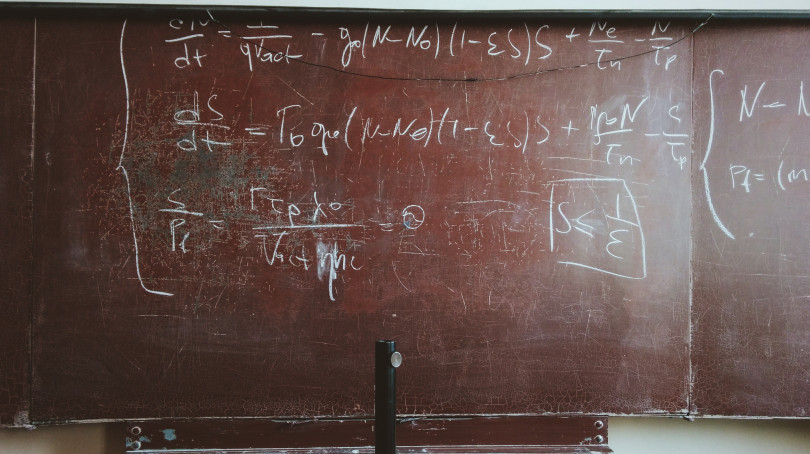 Photo by Roman Mager on unsplash

In the Words of Charlemagne

"After bread, education is the first requirement of the people."

It is as a revolutionary, and in the name of democracy, that Danton wrote these lines. However, it is not always necessary to live through a revolution to gain access to education. Does having access to financial resources suffice? In their model, our economists are interested in authoritarian regimes that have access to natural resources. They show that such wealth alone is not enough to democratise a state but can represent a formidable asset when channelled into education.

Education is an important prerequisite for democratic transition. It is at the same time a tool for economic development and a means of achieving a democratic transition. By educating its people, a state obtains a future advantage since it trains a generation of skilled workers (thus developing its human capital), which will support the country's production and growth. There is one drawback, however: an educated population aspires to new values and freedoms. People become much more sensitive to inequality and have more tools to make themselves heard. An authoritarian regime must therefore weigh up the pros and cons before deciding to embark upon educating its population. A certain number of parameters will lead them to opt for education, even if it means losing influence. So, ‘who had the crazy idea of inventing school?’1

In South Korea the ruling elite, still in power at the end of the 20th century, gradually stepped back to make way for new democratic institutions. In 1987, after more than seventeen years of authoritarianism, South Koreans were able to freely elect their president via universal suffrage. But what could have incited the elite to voluntarily step down from power?

Authoritarian leaders are more likely to throw in the towel if they can negotiate something in return. In South Africa, the violence of apartheid was resolved after three years of negotiations, seeing the establishment of multiracial elections in 1994 via terms negotiated by the ruling De Klerk government. 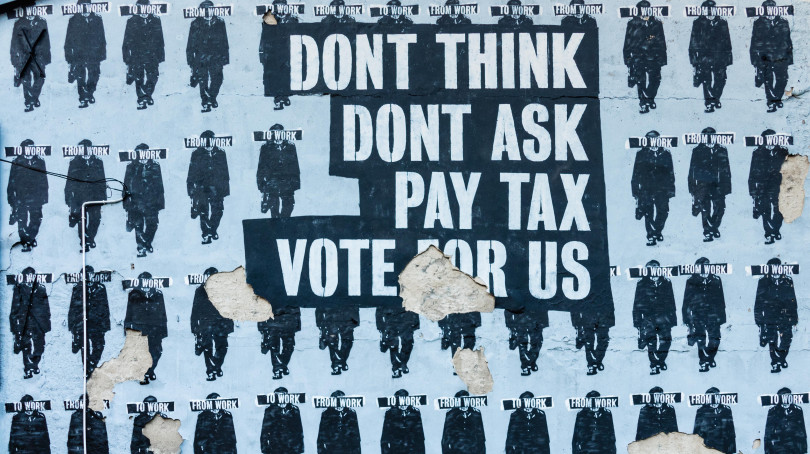 Photo by Pawel Czerwinski on Unsplash

This is an essential element of a peaceful transition: the elites will surrender control only if they have a guaranteed slice of the cake. And in this situation, education plays a key role: an educated population is more likely to observe respect for democratic values such as justice. This makes it easier to get together at the negotiating table and design transition channels that offer elites a fair share of the wealth. To look at the sharing process in more detail, the authors use Nash's generalized negotiation scheme in their model, a classic tool in economic science

Education, at any cost?

Education is not, however, immune to potential exploitation by a regime, and our researchers question the various facets of state education. In China, the authoritarian regime has sought to establish a veritable mass education system, where higher education and schools train skilled workers whilst simultaneously serving the regime and supporting patriotism. In other places, aside from derailment from its true purpose, the effectiveness of education itself is at stake. The countries of the Middle East, for example, have made significant investments in human capital with no real return in terms of growth, and unenviable results when compared with European or Asian contexts.

These different situations illustrate a vast diversity in the way education is approached: it is only beneficial for development and democracy if there is a good return on investment. In other words, in terms of training, does education lead to the obtention of a skilled workforce? How many engineers will be ready to work for the future development of the nation? Investing large sums of money in the education system is not enough. We can educate a considerable number of people, but if the standard of education is poor, the resulting growth and democratisation will be a long time coming. 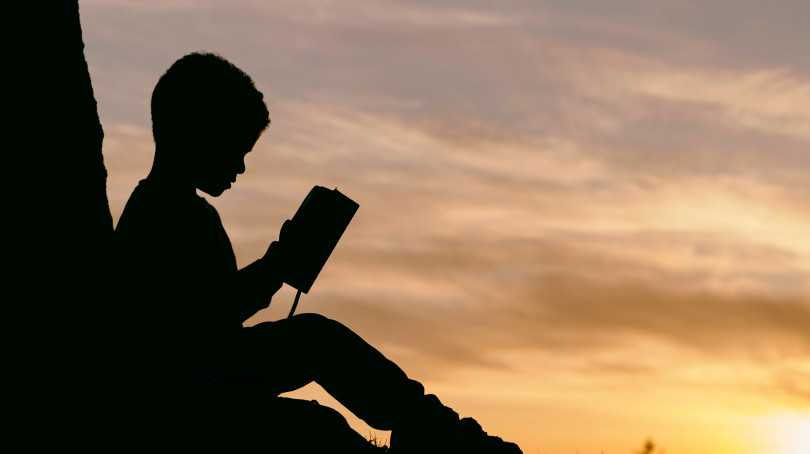 Photo by Aaron Burden on unsplash

While many countries are rich in natural resources, they remain trapped in a cycle of poverty, a situation particularly prevalent in many African.  To escape this cycle, international institutions and NGOs finance educational programs, and multiply the number of schools on African territory. The authors of the article object to this reductive approach to education because effective education must be measured in quality rather than quantity. Merely raising literacy rates is not enough to lift countries out of poverty or support democratic transitions. The outcome of their modelling is clear: education can be used as a very effective lever, when employed at the right moment. Why would any state do without it? Whether implemented via government measures or international aid, the development of innovative methods and a novel approach is necessary: one that examines the efficiency of the education system.

As the momentum of global democratic transitions slows, to the point that some have spoken even of a regression in democracy around the world, the results of economists are bringing hope. Their model shines a light on an essential element during the birth of democracy and reveals the procedures necessary in making it work. By combining political science with economics, the authors' innovative approach emphasises the requisite tools for democracy, whether the process is state-driven, or led by international institutions.