The thin line between expulsion and voluntary return 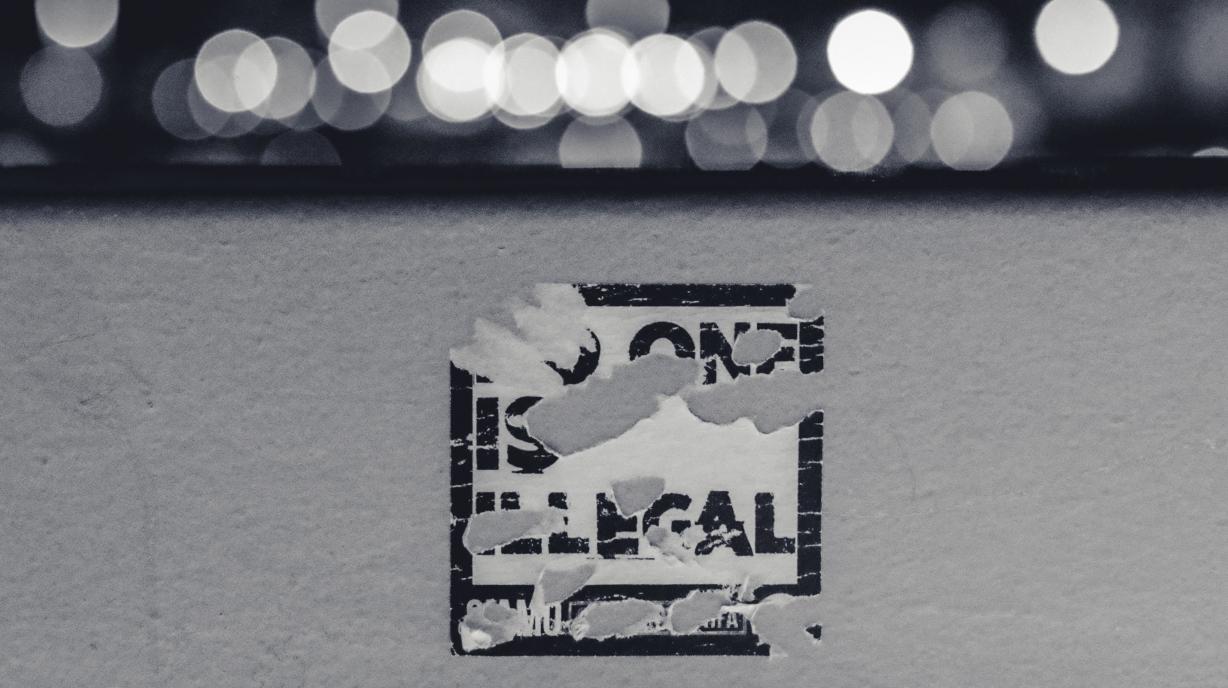 Photo by ev on unsplash

The European Union has constructed a new language around the « voluntary return » of irregular migrants and this is making a complex situation more difficult to grasp. Jean-Pierre Cassarino, a political scientist, studies return migration and warns against the abusive use of « return » in the political debate.

Based on an interview conducted by Claire Lapique with Jean-Pierre Cassarino.

With fake news and decodex spreading, words are taking on new ambiguity. Political jargon and other new language gimmicks build walls with words. Walls that have lost their ears and block the message.  Behind the constant call for migrants to  “return”, isn’t there a hint of a hope that they never come?1

Border controls, detention centres, fingerprinting and expulsion quotas have emerged in all European countries. They are mechanisms taking root in the numerous speeches about the migrants’ “return” that are common in EU Member States.

With the first migratory wave coming from the Balkans, this new terminology arose in the middle of the 90s and has since become hegemonic. It was acknowledged by the IOM based on a dichotomic approach distinguishing “voluntary return” from “forced return”. It has been enacted into diverse mechanisms, for instance, France’s “assisted voluntary return”, which provides financial compensation for irregular migrants agreeing to return to their country.

Based on multiple interviews realised in Algeria, Morocco and Tunisia with expelled migrants or migrants who decided to come home, Jean-Pierre Cassarino, currently working at IMéRA and a professor at the College of Europe in Warsaw, explains the contradiction inherent in using these categories and identifies the real conditions for successful return. 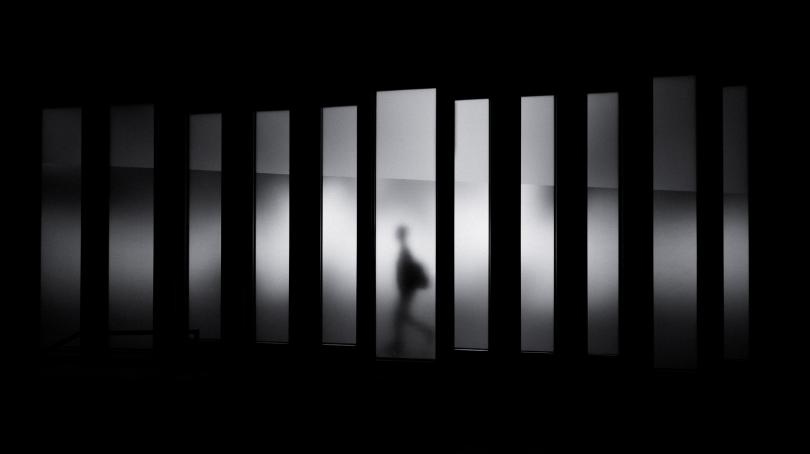 Photo by David Werbrouck on unsplash

Forced or voluntary return: a newspeak?

In “1984”, George Orwell built a newspeak where all kinds of shades of meaning are eliminated and replaced with dichotomies, a sure way to prevent reflection on a situation’s complexity. Yes or no, white or black, keep things simple. Every negative connotation is banned and replaced by the negation of positive concepts, such that “bad” becomes “ungood”. In the book, this binary thinking insures against criticism of the State and rules out debate.

Today, international and European institutions generate a dichotomic discourse in which voluntary and forced return are contradictory terms. In 2005, the Council of Europe published “20 guidelines on forced return”

« Voluntary return is preferable to forced return, and it presents far fewer risks with respect to human rights. Therefore it is recommended to host states to promote voluntary return, in particular by affording the returnee a reasonable time for complying voluntarily with the removal order, by offering practical assistance such as incentives or meeting the transport costs, by providing complete information to the returnee, in a language he/she can understand, about the existing programmes of voluntary return, in particular those of the International Organization for Migration (IOM) »

According to Jean-Pierre Cassarino, there is coercion in both cases. For example, Germany considers Afghanistan as a safe country and drew up an agreement for both the voluntary and the forced return of irregular Afghan migrants. But “those who were expelled from Germany were forced to accept the voluntary return” explains Jean-Pierre Cassarino. He reports a migrant’s account: “I was asked to sign while they held me in detention, I didn’t want to stay in jail, I was afraid”. In this case, talking about “voluntary return” puts a positive slant on the situation, depicting a political mechanism that the public can easily accept.

For the IOM, voluntary return involves a person signing a declaration in which he agrees to go back to his country. In most cases, his return fare is paid. Conversely, forced return means that the person is obliged to leave the territory, under government order (in France, by the préfecture). Often, the migrant is accompanied by a repatriation escort: an expensive way for the government to ensure return. Forcible deportation to the border costs some 10 000 to 15 000 euros, as against 2000 to 4000 euros for a voluntary return. So the difference is not just semantic but also financial. And this dichotomy takes little account of the individual decision of the migrant. 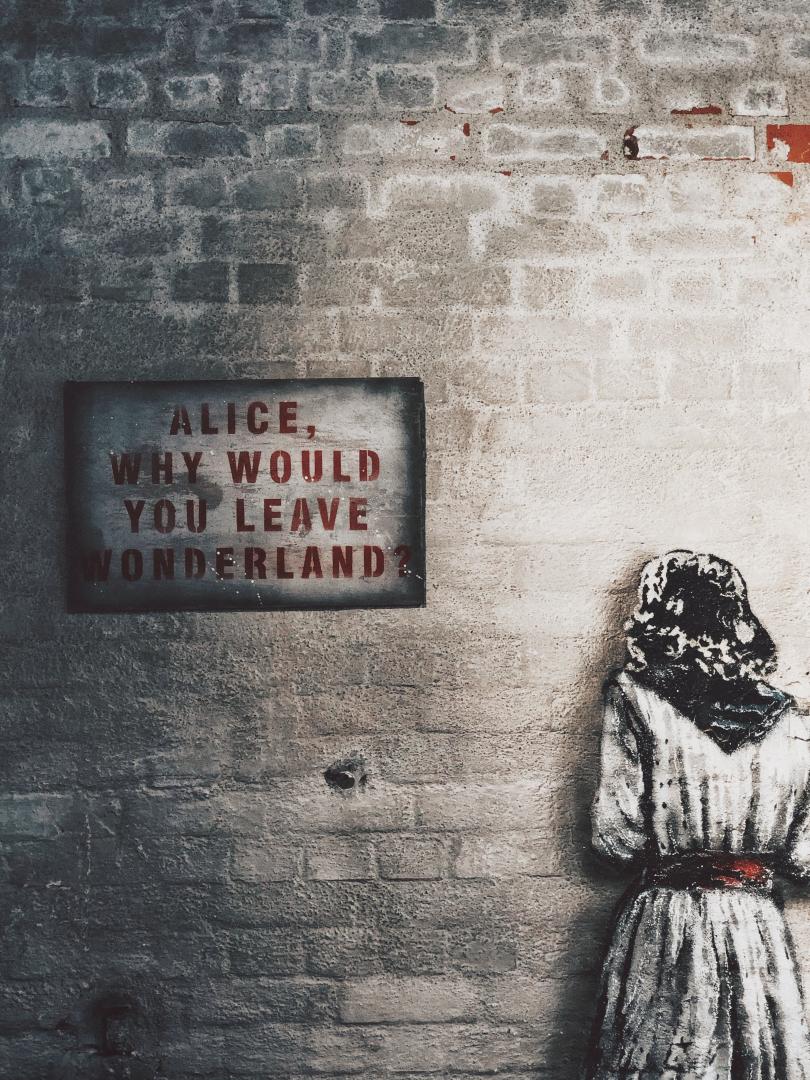 Photo by Max Kobus on unsplash

What’s behind the word “return”?

Can the same word be used to designate a migrant repatriated to a war-zone, an illegal migrant who is expelled and a migrant who has simply decided to go home? It is difficult to fit all these migratory return situations into the same box. Jean-Pierre Cassarino explains how the terminology ends up masking expulsion, through political manipulation.

“When we interview someone who doesn’t look you in the eye because he feels humiliated, he is ashamed, and he says, “well I was a plumber, I was working in Italy, I was summoned by the prefecture, they asked me to come for my papers, for their regularisation, and I was happy to go, because I’d been asking for regularisation for a long time”. The guy was apparently too innocent, it was a trap. The prefecture took him into custody  and expelled him. He had an apartment, relatives, a job, OK, not a regular job, but to him it was still a job. He had asked for regularisation, which had been denied, and he didn’t know that at the time. This is one example among others. And, concerning his case, I remember… I wondered “How can I call him a “returning” migrant?”. This person is not a returning migrant, he was tricked! Which is, by the way, totally illegal, but hard to prove after the fact. How can I define this person?”

Jean-Pierre Cassarino refers to Albert Camus’ “The Rebel” when calling for terminological clarity: “we cannot make a pact with propaganda”.

"If a person is expelled from his country of residence, he cannot be named a “returnee” even if some scholars continue to mix expulsion with return. "

The importance of the return terminology in the international debate relies, in part, on the promotion of development in migrants’ countries of origin. Jean Pierre Cassarino and his research team interrogated 700 Tunisian returning migrants about their migratory experience in relation to entrepreneurship. In March 2014, Tunisia and the European Union signed a partnership intended to foster skill acquisition by young Tunisians so that they can “develop profitable economic activities” once they return to their country.

On the ground, migrants who found a job easily put an end to their migratory stay by themselves and expressed their will to come back. They had finished their studies, they wanted to set up a business, or they had reached their objectives in coming to France: all of them created the opportunity, had time and resources to build a project for their return. Here, “voluntary return” takes on its full meaning. Jean-Pierre Cassarino considers this as a complete migration cycle.

For those who didn’t have such opportunity, the decision appears to be a default choice. Problems fitting in, family issues or else the precarity of their situation can force them to come back, sometimes reluctantly. Worse still, migration can be forcibly interrupted by being legally obliged to leave French territory. The migration cycle is therefore incomplete or interrupted, and they face serious difficulties coming back. Consequently, such migrants find it much harder to get a foot on the job ladder.

By studying migration cycles, Jean-Pierre Cassaino shows there is no single way to talk about return. The duration of the stay, as well as the way it ends, have long-lasting consequences on a migrant’s development in the country of origin. This points to the need to rethink political and semantic uses of the word “return”, to question notions entrenched in the collective unconscious. As Václav Havel put it in Words on Words:  “that is precisely the fiendish way that words are capable of betraying us—unless we are constantly circumspect about their use”2 .