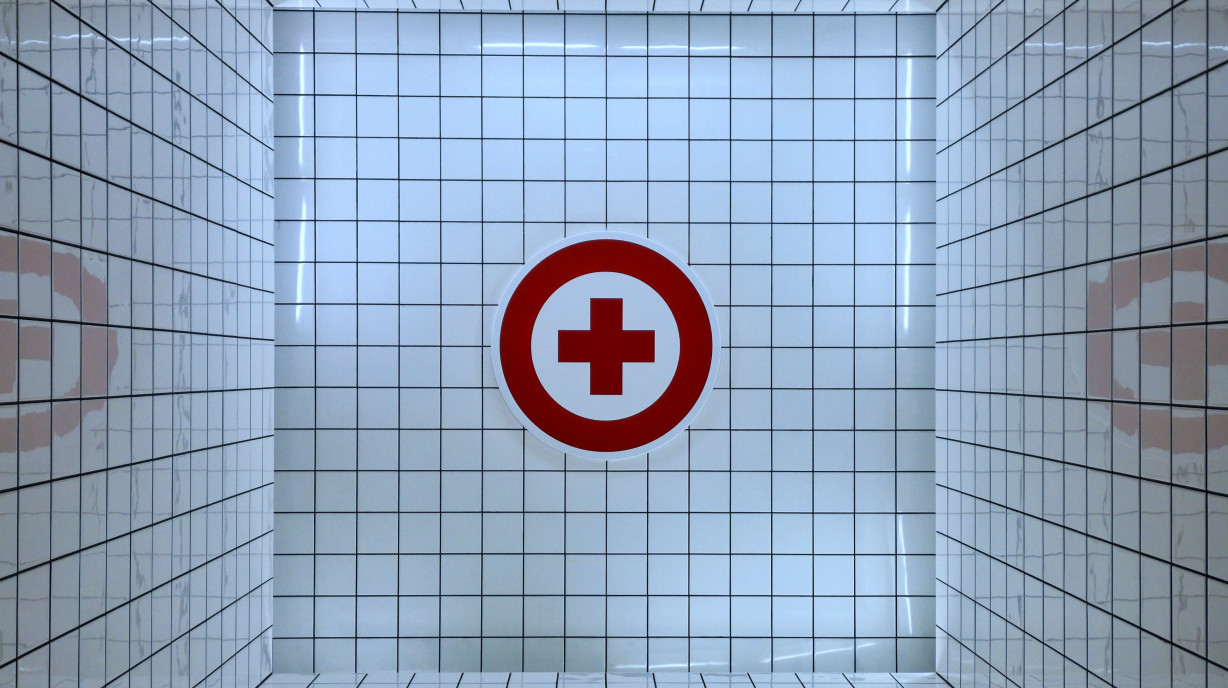 Photo by Marcelo Leal on Unsplash

The aim of universal health coverage is the provision of healthcare for all. Universal health coverage – in its essence, a deeply humanitarian social initiative - is difficult to implement, because of its high cost to the public finance. At present in Palestine, more than half of the population is already covered, but what would it cost to extend coverage to every one of the country's inhabitants? If so, how should such a policy be financed? Economists Mohammad Abu-Zaineh, Sameera Awawda and Bruno Ventelou have conducted a study of the issue.

Socrates wondered, "Is there anything more precious to a man than his health?". Two thousand years after he asked the question, healthcare is still not freely accessible to all. According to the World Health Organization (WHO), the economic circumstances of almost one in two of the world's inhabitants mean they do not have access to healthcare services. Provision of affordable healthcare coverage to all the population would go a long way towards solving this problem.

However, setting up such a universal healthcare system is not a simple task. Opponents of social policies of this type blame the high implementation costs. In spite of this, all United Nations Member States have set themselves the goal of achieving universal health coverage by 2030. Yet, financing such a measure is a controversial topic, particularly in developing countries. Our economists Mohammad Abu-Zaineh, Sameera Awawda and Bruno Ventelou looked at the specific case of an increase in the scope of health insurance coverage in the State of Palestine.

Palestine - also known to the United Nations as The Palestinian Territories - is not recognized as a state by the international community. 57 out of the 193 United Nations member states do not recognize it, among them France and a large number of European Union states. It is managed by the non-sovereign Palestinian national authority. According to the Palestinian Bureau of Statistics, the government pays around 37% of the country's health expenses in 2016 and for coverage to around 65% of the population. In order to envisage health insurance for the entire population - universal healthcare coverage - two questions arise: what would be the cost of such a policy measure, and how should it be financed? Our economists have sought to tackle this question.

How much does it cost ?

The question is simple, but the answer is far more complex. This is not about making a simple rule of three to find the cost of covering 100% of the population. Indeed, people not covered by health insurance are perhaps in poorer health than those who are insured and may be older, or younger. If the end goal is to estimate the precise cost of health coverage, it is necessary to rely on microeconomic data regarding which inhabitants are covered, and which are not. Armed with this information, it is possible to estimate a cost as close as possible to reality, based on the actual age profile and health status of the population. The idea of focusing on particular populations is characteristic of microsimulation, and this field of study needs an inordinate amount of information, requiring a vast database, generated by computers, and employing programming techniques (an algorithm which simulates access to health insurance.)
The authors of the study did have access to Palestinian government databases. This has allowed them to estimate the cost of extending healthcare coverage with reference to the real status of those not currently insured (and not by making a projection based on an 'average citizen' considered without information as to their individual healthcare profile). Based on a realistic estimate of the cost of wider coverage, greater visibility can be gained on the volume of deficit that will arise from its implementation. Indeed, in order to roll out a vast public policy such as national health insurance, states can start out by borrowing money. They will therefore use the public debt. This debt is expressed as a percentage of gross domestic product (GDP), the measurement of wealth produced by the state. Even if the State does not undertake to repay the debt immediately, it must nevertheless remain solvent to be able to continue borrowing in the future. As such, in Palestine it is considered that in order to remain cautious and not impact the capacity of future generations to invest in public policies, public debt must not exceed 39% of the GDP. However, according to estimates by economists, increased health coverage would lead to an increase of 15% more than this “reasonable” level. With this in mind, how should such a measure be financed?

In France, thanks to the Social Security (“Sécu” to its close friends) we have high quality universal health coverage. However, its history remains relatively unknown and the names of Alexandre Parodi, Pierre Laroque, and Ambroise Croizat, its founders, are sometimes forgotten today. The basic idea of providing help to sick workers is not new: since the Middle Ages, it has been a common practice in several merchant trading organisations. However, it is not until the Second World War and the National Council of Resistance (Conseil National de la Resistance) that we see the appearance of generalized and universal social coverage. Theorized in part by the resistance members Alexandre Parodi (1901-1979) and Pierre Laroque (1907-1987) and then set up by the Minister of Labor Ambroise Croizat in 1945, the Sécu embodies the Fraternity part of the French three-fold motto. But how is it financed? The option that was initially chosen in France is a 'contribution', which is slightly different from a direct tax, though still depends on income, in part at least. Various taxes, such as those on sugary drinks and tobacco, also contribute to the Social Security budget. The sources of tax revenue financing the Social Security often depend on the size of its deficit, frequently called the “social security black hole”. Other so-called 'contributions', akin to taxes, are therefore incorporated into it today, namely the CSG or 'General Social Contributions' and the CRDS or 'Contribution to the Reimbursement of the Public Debt'. 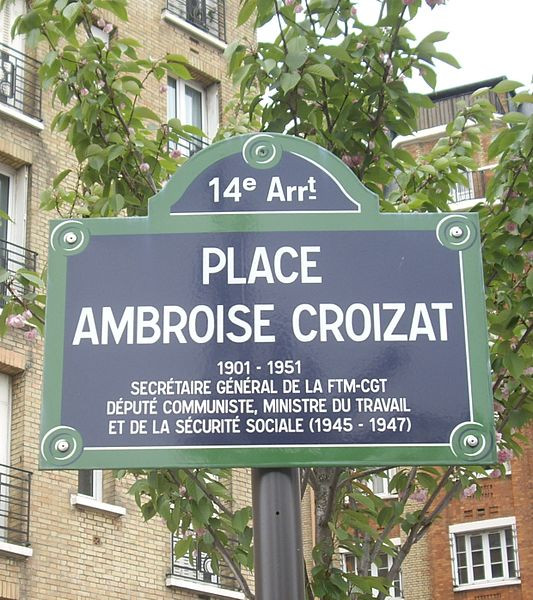 There are several options available for financing a plan such as health insurance, or any other major public policy. The debate on means of financing is fairly classic and can be summed up in a few possibilities: debt, direct taxes, indirect taxes or contributions (known as ‘insurance premiums’ in Anglo-Saxon models, paid by individuals, or financed by the employer).

Direct taxation is an income tax, which has the benefit of being progressive: everyone pays according to their financial ability. However, this form of taxation has two drawbacks in developing countries: on the one hand, it may not be applicable to everyone - for example, in Palestine, sections of the population have unofficial income which is not taxable – and on the other hand, a tax on income is considered by some economists as being a disincentive to employment: if taxes increase, people may work less to avoid higher payments, and may also decide to relocate.

Another solution would be an indirect tax, such as consumer tax or VAT. This type of tax revenue is fairly simple to set up and is described as “painless”: consumers hardly notice the tax they are paying because it is applied directly onto the price of consumer goods. One of the advantages of this tax is at the same time its main disadvantage: it affects everyone, even the poorest members of society, which is not particularly fair.

Finally, it is also possible to increase national insurance premiums (equivalent to ‘contributions’ in France), but if the increase is too high the advantage of universal health insurance is diminished. A micro-simulation developed by Mohammad Abu-Zaineh, Sameera Awawda and Bruno Ventelou models the comparative effectiveness of the different funding scenarios on a significant increase in public debt. The model also incorporates notions of social equality: allowing future generations or young people (who consume more) pay, may seem unfair and contrary to the idea of solidarity inherent in social coverage.

Can the approaches be combined?

There is no miracle solution for financing a major reform such as implementation of a social security system. Our authors study the positive and negative factors at play in each approach, but in the end, it is the role of political decision-makers (and ultimately of citizens) to decide. However, the results of the authors' modelling shows that the optimum solution is combine the different funding options. In this case, a slight increase in the country's debt would not impact future generations too severely. Similarly, a small amount of direct taxation will not act to disincentivise workers, and consumer taxation, despite its inherent unfairness, could yield significant returns without bringing too much hardship on the population. This study forms part of a body of works examining funding options for public policy and foregrounds the types of information which must be considered when public policy decisions are being made. Universal health insurance is a very real measure of progress for societies, and for humanity as a whole. As Ambroise Croizat reminds us: "[In the future] we will not tolerate even one of our social security advantages being denied. We will defend this groundbreaking, humanitarian law, to the death and with the last of our energy."1

Which funding for our health ?