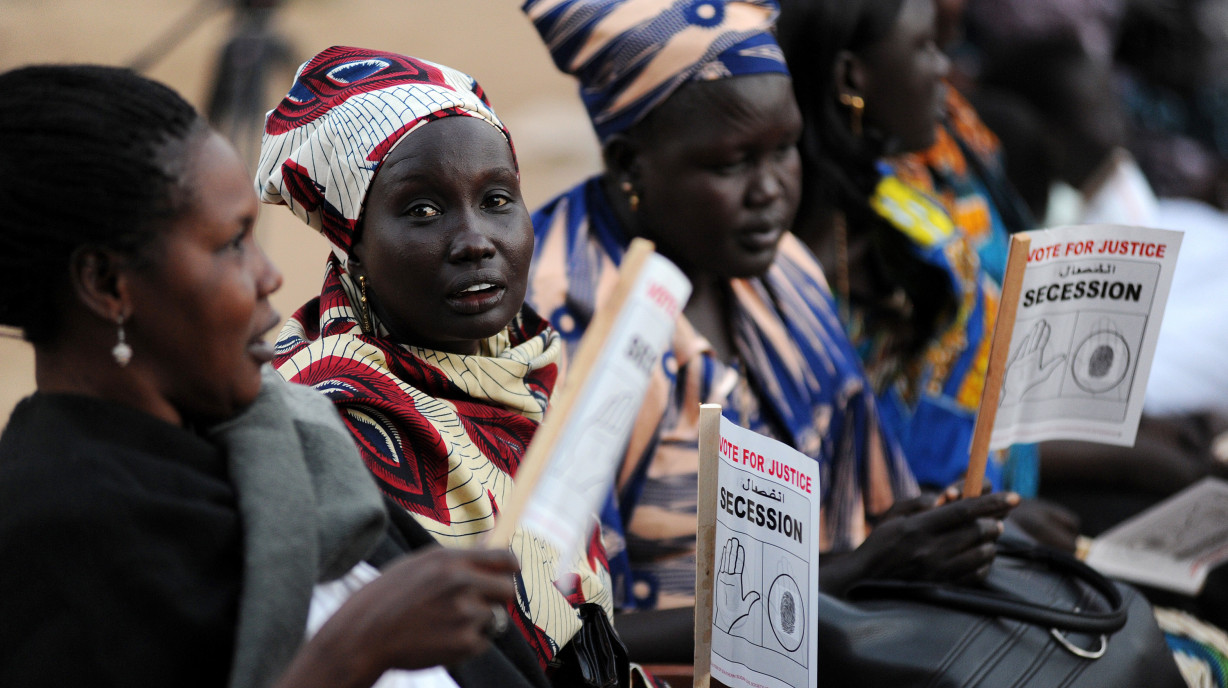 With more than 2,000 different ethnic groups in Africa, the cultural diversity of the continent is often faced with political fragmentation and development challenges. Does ethnic inclusion always guarantee economic growth? By studying 41 African states, economists Pierre Pecher and Frédéric Gaspart have demonstrated that ethnic inclusion has a positive effect on the GDP when stable, democratic institutions are in place.

The genocide against the Tutsi by the Hutu government in Rwanda in 1994 is one of the most sorrowfully commemorated massacres in all of Africa. During early colonization, colonists helped drive Hutus out of the political landscape in favor of the Tutsi minority. However, upon Rwandan independence, these roles were quickly reversed. The Hutu majority seized power and set to topple the Tutsi, organizing a veritable ethnic cleanse which, according to the UN, killed over 800,000 people—most of them being the Tutsi minority. The struggle for governing power was divided along ethnic lines. Unfortunately, this situation is not specific to Rwanda. Certain conflicts today still exploit ethnic differences and further exacerbate these divisions.

Could collaboration of power between different ethnic groups be the solution? Inclusiveness and recognition of ethnic diversity seem to be a fair resolution. However, certain conditions must be in place to ensure this inclusion is effective, particularly from an economic point of view.

Africa counts more than 2,000 ethnic group across its continent.1 The abundance of languages and ethnic groups is a source of division, but could it also be something that enriches African states? Ethnic diversity is specific to each country and therefore managed in various ways.

Not only is the political participation of different ethnic groups an indicator of inequality within a specific country, but these ethnic groups’ level of inclusion also influences the economic development of each state. By studying 41 Sub-Saharan countries since their independence until 1999 and taking into account their placement on the democratic scale, economists Pecher and Gaspart demonstrate how inclusion of ethnic groups affects economic prosperity in various domain.

Instability and the Grab for Power

To respond to this question, one must look at ethnic diversity from a methodological framework. This is not always very easy, since the definition of what ethnicity is reveals to be a relatively controversial subject. Furthermore, the alliances and conflicts as well as the proportion of each ethnic group within the population is specific to each country. For example, the Chewa and Tumbuka are minority ethnic groups and allies in Zambia. In neighboring Malawi, however, these groups are the demographic majority and see each other as adversaries.  The authors of this study used the related literature in innovative ways to carry out their research.  In a more conventional context, two methods are generally used. The first studies how power is shared between ethnic groups, while the second focuses on diversity by factoring in the size of each demographic as well as the number of groups that exist. However, these measures do not consider the instability of these coalitions.

The researchers implemented a method which allowed them to study political participation and ethnic diversity year after year. They could therefore take into account the number of ethnic groups participating in coalition governments while also examining how these groups may change over time due to historical and political developments. This allowed the researchers to record the impact of new events on political instability and examine coups, the sharing of power between new ethnic groups, and even the democratization of institutions. 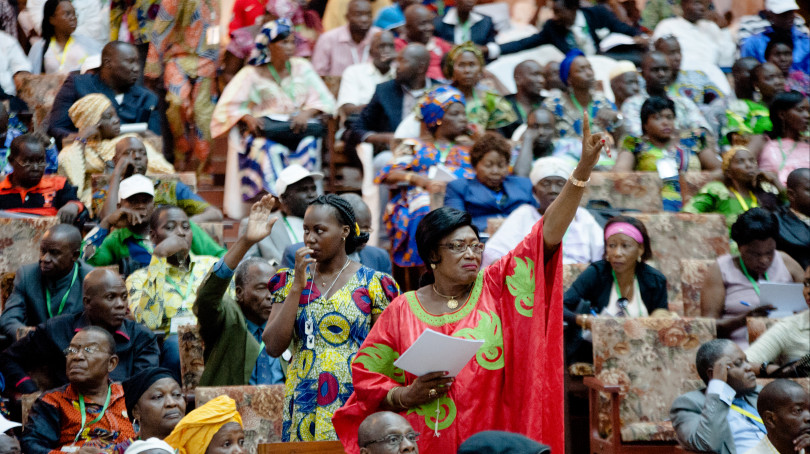 What Is the Link Between Ethnic Inclusion and Prosperity?

Many African countries do not have strong institutions that can properly ensure a fair share of power and wealth between different portions of the population. Ethnic inclusion is important for democracy, but does it have an impact on economic growth?

For the authors of this study, the answer is not so simple. Ethnic inclusion does indeed have a positive impact on economic growth, since inclusion of various ethnic groups in central governments leads to the distribution of resources amongst the population. This inclusion therefore allows the entire population to benefit from state services and infrastructures. Access to health, education, telecommunications, or even transportation gives individuals the chance to more easily participate in formal work and thus the national product.

On the other hand, inclusion could also reinforce clientelism and corruption. As a result, the different ethnic groups in power fight to appropriate state resources. Management of common goods is made difficult by a deregulated collective takeover. The more groups there are in power, the less efficient resource monitoring and management becomes. Communication and sharing are consequently much more difficult to implement. Competition for the access to resources prevents long-term investment and state organization. 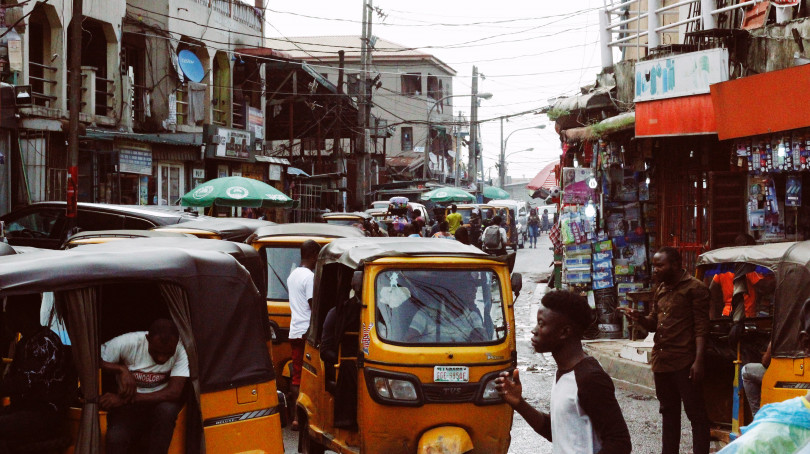 Democracy as a Prerequisite

Turning to resource monopolization, which is harmful to the economy amongst other things, is not the answer either. In order to study how inclusion affects growth, the authors did not compare dictatorships with democracies, but rather examined the variations within a country itself. This means they focused on institutional transitions happening within a particular state to see how ethnic inclusion impacts the GDP. Their research concentrated not on inequality within a population, but on economic growth.

The results of ethnic inclusion on economic growth widely vary depending on the structure of state institutions. The researchers focused on the differences that could be observed within the same country during periods of democratic and autocratic rule. Their thought experiment was conducted using the case of Benin, as an example.

In one case, the country is a democracy and made up of four ethnic groups. According to their calculations, if the number of groups in power increased from 2 to 3, then the GDP would rise 1.4% after one year, and 13% after ten years! Introducing more diversity in situations of power is therefore significantly beneficial to economic growth. Now, what would happen in an autocracy? Ethnic inclusion within weak state institutions with autocratic rule is indeed possible. The positive effects of it in this case are, however, reduced. After ten years the GDP following this inclusion would rise only 2%.

So, while one may think that ethnic diversity in political participation is always beneficial for economic prosperity, the results as concluded by the researchers point out the importance of taking the context into account. This is essential to understand the situations required to establish successful inclusion. Promoting ethnic diversity in central state coalitions can have a positive effect on economic growth only if it is implemented by strong, democratic institutions. On the other hand, introduction of new ethnic groups to coalitions in state infrastructures that are weak and favor clientelism or autocracy are not particularly beneficial to development. Economic management would in fact be more difficult due to the general takeover of natural resources and common goods. Democracy is therefore a required prerequisite if one hopes to reach economic prosperity through ethnic inclusion.