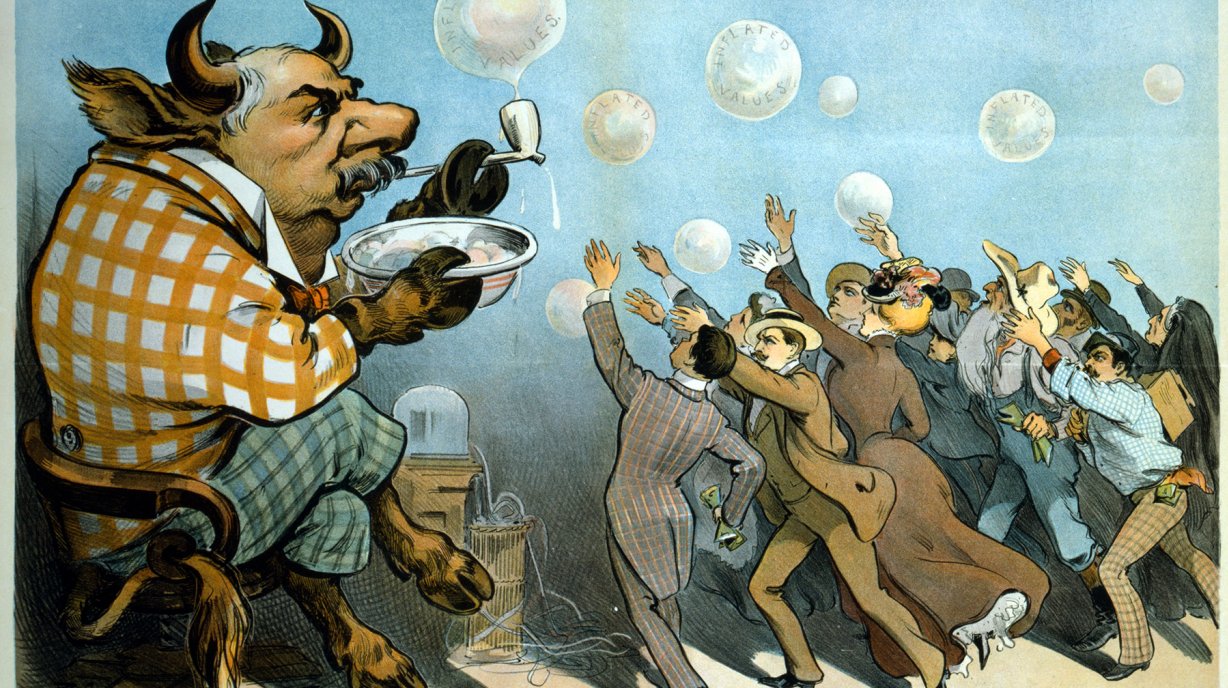 Speculative bubbles are good for growth! This observation led to major debates among economists in the 2000s. Researchers Xavier Raurich and Thomas Seegmuller sought to explain this phenomenon by studying how economic agents make investment decisions during the periods of their life as young adults, middle-aged adults, and retirees. Young people can therefore invest in their education, which is a productive but illiquid capital, through credits from the bubble (liquid assets stemming from speculative capital).

The first speculative bubble appeared in the 17th century, during a sudden and significant craze for... tulips!1  During this time, the price of a bulb supposedly rose until it was 15 times the price of a worker's annual salary! It then fell sharply a few months later.2 When an asset price3  becomes excessively disproportionate from an object’s fundamental value (in this case, tulips), a speculative bubble is created. The market price of an object is therefore determined by the belief that the market price will undoubtedly be higher in the future. The term “bubble” comes from the fact that, like a soap bubble, prices will continue to rise higher and higher. Then the bubble bursts, and prices collapse. But unlike soap bubbles, the impact it can have on society and humans is often disastrous.

The economic world in the past few decades has experienced several financial bubbles. In the 1990s, the telecommunications sphere saw the rapid rise of the dot-com bubble. This led to the creation of scores upon scores of “online” companies through massive investments. When the bubble finally burst, these companies crashed and burned.4  This also happened with the bubble that came just before the subprime mortgage crisis of 2008. In both cases, the bubble was noticeably characterized by significant economic growth, which means that the Gross Domestic Product (GDP) was quite high. This caused many debates between economists in the years that followed. Economists Xavier Raurich and Thomas Seegmuller decided to contribute to the debate by studying productive bubbles, which are associated with growth, in a series of articles featuring rational agents during multiple periods of their lives.

The Sphinx of Wall Street

“What walks on four feet in the morning, two in the afternoon, and three at night?” the Sphinx asked Oedipus. Oedipus answered, “Man: as an infant, he crawls on all fours; as an adult, he walks on two legs and, in old age, he uses a walking stick.” Like the mystical creature, economists Xavier Raurich and Thomas Seegmuller are interested in individuals whose lives are divided into three specific periods. Their model’s economic agents are young people, adults, and retirees. Raurich and Seegmuller then analyzed how a bubble can be productive by comparing two different cases. One of these cases included a speculative bubble, while the other one did not. This led them to determine that an individual will make different investment decisions according to their age (young, adult, or retired) and whether a speculative bubble exists during this period of their life.

Every agent in the model must make a particular investment decision. Young people can study and therefore invest in productive capital (capital that will produce goods or services). This long-term investment in human capital—aka their education—will theoretically allow them to have a higher paying job in the long run. This “return on investment” will benefit these young adults when they are middle-aged and retired. Young people can also opt for short-term investments by investing in speculative assets (non-productive capital) issued from a bubble. These investments are considered liquid assets because they can easily be bought or sold on the market. The amount invested by young people is limited by a credit constraint, requiring them to be creditworthy since they are spending money they do not yet have. Middle-aged adults, anticipating a loss in revenue later in life, can choose to save their money for retirement by financing credit and investing in the bubble. It is assumed, however, that retirees generally do not invest.

How are bubbles productive? They allow agents to invest more in productive capital. Young people, for example, can use assets from the bubble to invest in their own education. When there is not a bubble, this opportunity obviously does not exist. This therefore shows how growth is more important in a model with a bubble. Bubbles also become even more productive through deregulation by relaxing young people’s credit constraints. However, this can lead to a greater loss of capital if the bubble eventually bursts.

The researchers’ model furthermore demonstrates how technological shocks and innovations can both create and destroy bubbles (such as the previously mentioned dot-com bubble). Innovation can indeed lead to obsolescence. For example, those trained in computer science thirty years ago do not necessarily know how to program today, since the field has been evolving at an extremely rapid rate.5  This can therefore affect future revenue and possibly discourage investment in education. A technological shock that will increase capital returns in the future when agents are middle-aged or retirees may also prevent them from saving liquid assets when they are young. In this case, there is no longer enough purchase of the liquid asset to support a positive price for that asset, which causes the bubble to burst. 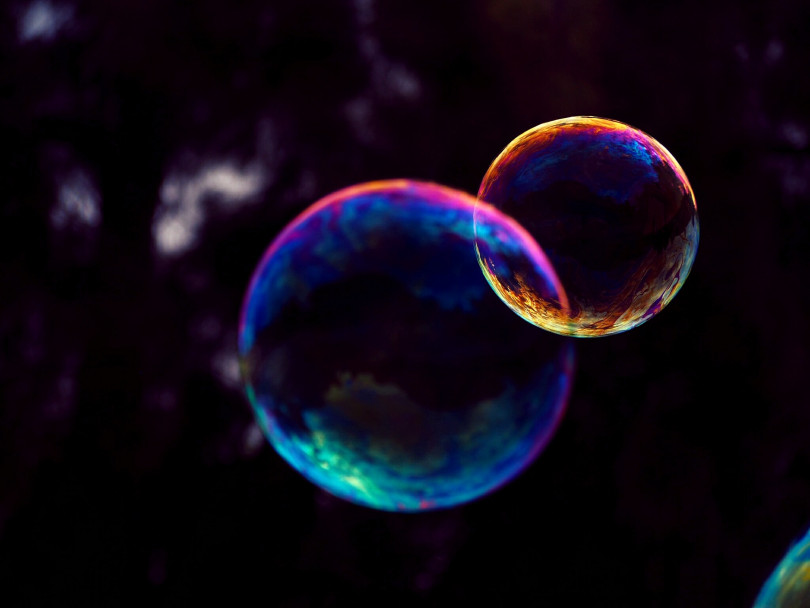 The economists then compared states with and without bubbles and noticed that the economic characteristics between the two are quite different. Individuals (or agents) will not behave the same way if they are in a situation with a bubble compared to one without a bubble. If the bubble is productive, the transition between the two states will be abrupt and disruptive once it does disappear. So, while soap bubbles pop when they burst, speculative bubbles tend to crash.