When growth takes on debt 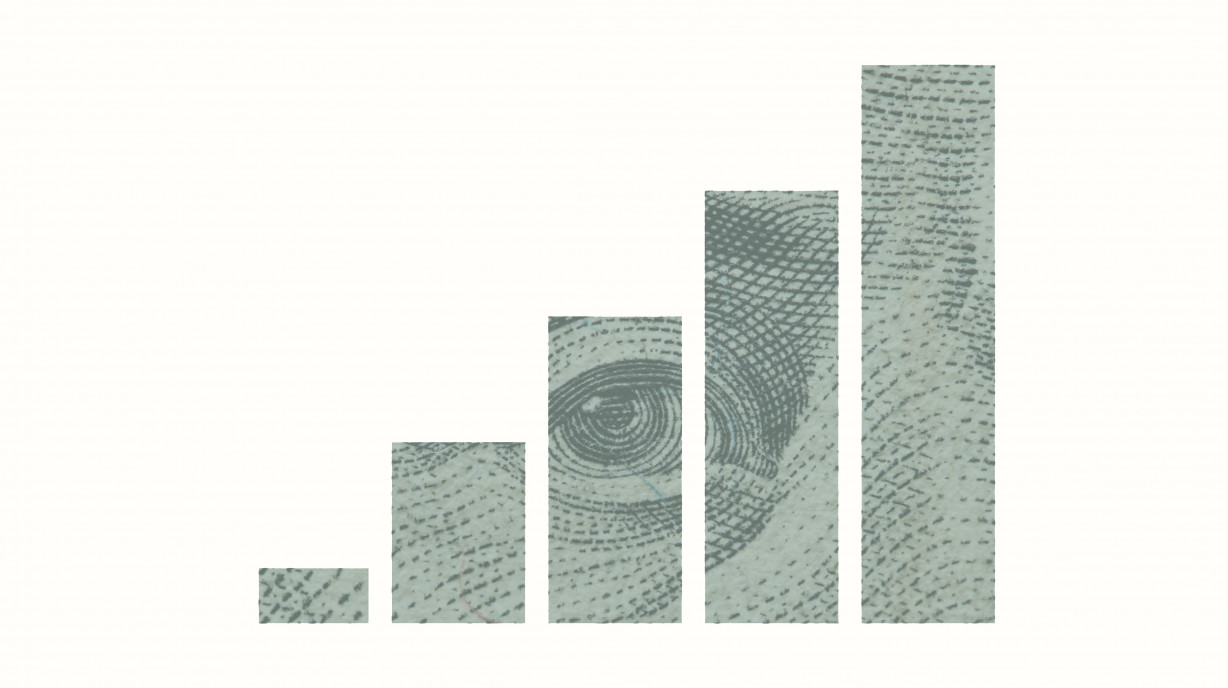 Photo by Morgan Housel on Unsplash

With the Covid-19 crisis, the level of French national debt has shot up, but can we be sure that such high levels of debt will impede growth? This is a tricky question to answer, because there are many factors at work, such as variations in GDP (the primary consequence of excessive debt), or the quality of the information received by economic players. A study by economists Arnaud Chéron, Kazuo Nishimura, Carine Nourry, Thomas Seegmuller and Alain Venditti examines the complex issue of the relationship between debt and GDP.

In March 2020, Emmanuel Macron set forth his intention to fight coronavirus 'at any cost'. The (ever-increasing) French national debt could partially cover the economic cost. Before 2008, the question of sovereign debt was not a major concern for so-called 'developed' countries: economists banked on the fact that these countries would remain solvent, regardless of their level of debt. Since the signing of the Maastricht treaty in 1992, the level of debt in European states is regulated, and should remain below 60% of the GDP (Gross Domestic Product). However, the financial crises of 2008 and the Covid-19 pandemic have resulted in this threshold being largely exceeded in many European countries, sometimes with serious long-term implications. The dramatic consequences that excessive debt can wreak on a society was made clear with the Greek crisis of 2010, although it could also be attributed to other factors, such as the way in which this debt has been managed.

But how can debt be defined? In addition to the taxes and levies collected, state borrowing provides funds to produce public goods and implement public policy. These public goods include motorways, schools, parks, and hospitals: all designed to improve productivity – on an individual or corporate level - and promote well-being. Whether people are travelling for work or leisure, a state-funded motorway makes journeys a lot easier.

In 2010, the level of Greek national debt reached 146% of the country's GDP. Despite the country’s membership of the European Union, investors doubted the state's ability to repay their debt. Interest rates on Greek treasury bills were rising, and the Greek economy was in decline. That same year, a scientific article was published by Carmen Reinhart, now chief economist of the World Bank, and Kenneth Rogoff. This article provides an empirical study proving that the higher a country's debt ratio relative to GDP, the more its economic growth is negatively impacted.1  This study was the basis of the recession policy implemented to reduce Greek national debt during the recession, despite serious human and social consequences.

Debt is often expressed as a percentage of GDP, a measure of a country's wealth. To reduce national debt through recession means a reduction in public expenditure: fewer welfare services and public goods are made available to the population. The fact that the Greek economy is based mainly on tourism meant that increasing significantly production was not a realistic possibility. On top of this, the Greek taxation system was inefficient and subject to widescale fraud, and tax revenues are one of the means of financing public expenditure. The ‘solution’ offered at the European and International levels (by the EU and IMF respectively) in fact led to a recession, which was very costly in human and social terms. Wages were lowered as a result, fewer people had access to health insurance, retirement funds were depleted, unemployment increased, infant mortality rates increased, and so on.

The importance of economic growth

What is the impact of debt on economic growth? The economic growth rate provides a measure of the increase in wealth created in a country over a year. The long-term economic growth rate is then measured by calculating the average annual growth rate over a longer period, providing an average around which the GBP will vary. The variations are called ‘macroeconomic fluctuations.’ The economic crisis of 2010 caused the GDP of Greece to fall, and reduced the growth rate, at times reaching negative values (“degrowth” rates).

The case of Greece seems to confirm the assertion made by Reinhart and Rogoff in their article, namely that a high level of debt leads to a decline in economic growth. Since 2010, however, the conclusions of this article have been revisited. On the one hand, there are clear counter examples, for example: Japan had a national debt of 248% of its GDP in 2015, and yet the economic growth rate remained high. The article was based only on empirical evidence, and its scientific content has since been disputed, proving that the link between national debt and economic growth is more complex than it may appear. The model proposed by the researchers Arnaud Chéron, Kazuo Nishimura, Carine Nourry, Thomas Seegmuller and Alain Venditti examines connections between national debt, economic growth, and short-term GDP fluctuations to allow a better understanding, and their study reexamines the issue of the 60% maximum debt threshold imposed in the terms of the Maastricht Treaty. 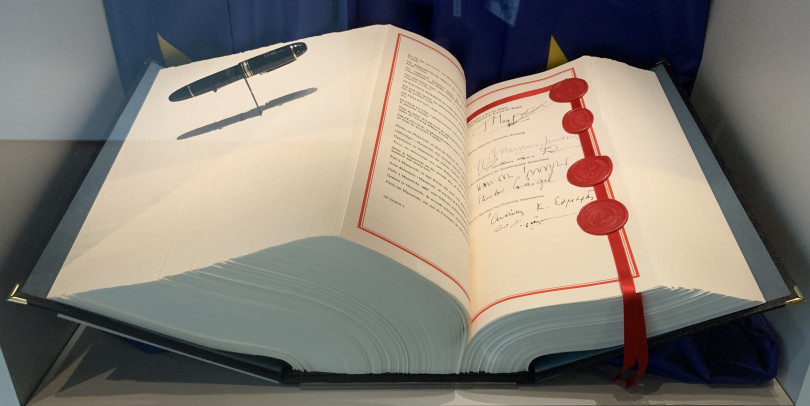 The authors highlight the existence of three different situations, dependent on the level of a country's national debt. If the level of debt is low, all is well:  the rate of economic growth tends toward a 'single equilibrium' and there is only slight fluctuation around this growth rate. This is an element on which everyone seems to agree: it is better for a country to have low debt. The cases of Denmark and Germany in 2015 are often raised as exemplary of flourishing economies.

But what constitutes 'low debt'? The 60% figure proposed by the Maastricht treaty is an arbitrary amount (so arbitrary that we could almost say it was pulled out of thin air). The authors show that a level of debt considered to be low varies according to the country and the percentage will not be the same for France, Japan, or Germany. The figure is often much higher than 60%: in 2015, France would have had to reduce its debt by a mere 6% for it to have been considered as low.

Nevertheless, France's debt has increased further since 2015 and the current pandemic has not helped matters. What happens, then, when the debt is too high? The threshold of what may be considered 'too high', again, varies by country. In 2015, many countries had an excessive level of debt, including Japan, Italy, and the USA, and this did not necessarily lead to a decline in growth. The economic growth rate tends towards a single equilibrium. There are, however, many fluctuations, meaning a risk of a recurrent cycle of economic booms and crises.

Between a low level of debt, and excessive debt, in between there is mid-level debt. This was the case for France and Spain in 2015. Two equilibria then emerge - one high, one low - and the growth rate might lean towards one and then the other. The issue here is that without being able to see into the future, it is impossible to know which equilibrium the country is heading for. The choice is made without any underlying methodology, and depends on the information received by economic agents, and strong fluctuations in the GDP may occur: it is simply a matter of coordinating expectations.

The Oracle of Growth

How can something as simple as information influence a country's growth rate? Positive news, whether it be from the mainstream media, economic experts, or even social networks, favor a higher growth rate. On the other hand, bad news engenders a tendency towards a lower rate of economic growth. We can talk, as the ancient Greeks did, of a self-fulfilling prophecy: an announcement of a flour shortage can lead to stockpiling, meaning that the shortage is in effect created. This could also be the case with toilet paper. If such a situation occurs in your local supermarket, it may be cause for amusement, yet if the situation occurs on a national level, the consequences are quite different. A high economic growth rate has a positive impact on the citizens of a country, and a low rate of growth can have the opposite effect.

With the Covid-19 health crisis, French national debt has increased, and an economic crisis seems highly likely. This raises the question of the 'Covid debt' and its impact on our economy. Although the situation is uncertain, the information that we are receiving is far from optimistic, and it is reasonable to imagine the impact that Covid-19 will have on growth. This article reminds us, however, that high debt can lead to a stable growth equilibrium which, although subject to some fluctuation, is an indication that the relationship between national debt and economic growth is not as clear cut as it may first appear.