Why do we have children? Religions preach, each in their own way, the divine order “Be fruitful and increase in number; fill the earth and subdue it.”1 From a biological point of view, this is necessary for the preservation of the human race. Psychologists believe the wish for a child comes from humans’ desire to leave a legacy behind. Children would then be a sort of extension or continuation of oneself. Social pressure is also often mentioned when people explain their desire to have children. From an economic point of view, having children is explained by parents seeking to maximize their utility (in other words, they are pursuing happiness). This means that having children is a way to make people happy. We should note, however, that not having children would also make a person happy if it maximizes the utility of this individual in particular.2

Economists link having children with “altruism”. For example, people may want to have children because they will bring them joy, which goes back to the idea that children increase happiness. However, altruism can also indicate an individual’s desire to pass on a financial, social, cultural, intellectual, or emotional heritage to their children, in other words, everything parents a priori pass on to their kids. People therefore decide to have children to impart something on to them.

This raises important questions, such as: Why do children make us happy (or, if we decide not to have children, why do they not)? What determines how many children we will have? Why women do not have the same number of children? Economics has sought out the answers to these questions by studying fertility behaviors.

Photo by Ramin Talebi on Unsplash

Children looked at through an Economist lens

The number of children per woman depends on country. In Nigeria for example, women have an average of 7.2 children, whereas in South Korea, the average sits at 1.2 child per woman. This could be explained by the countries’ different socio-economic, historical, and cultural environments. Access to contraception, female education, religious beliefs, women's access to the workforce, and various other factors can also largely explain the difference in fertility rate.

Economists have long been interested in fertility and its determining factors. Thomas Malthus (1766-1834), a British economist known for his theory on population growth, associated fertility rate and parents’ salary, asserting that the higher the salary, the more children an individual has. Different theories have since emerged and the study on fertility nevertheless remains an important subject in economics.

The national fertility rate in France has been at a plateau of approximately two children per woman for the past twenty years, which ensures the population is renewed. However, this rate changes according to the country’s departments (see the Figure).

As you can see on the map, this rate varies between 1.5 and 2.2 children per woman. Part of this gap can be explained by differences between the departments themselves. While these cultural differences may not be as large as those between Nigeria and South Korea, they exist. It is quite possible that the inhabitants of Vendée (on the west French coast) and the inhabitants of Corsica do not have the same exact customs or family structures. The different fertility rates between the two departments would therefore be perfectly explained by heterogeneities in socio-economic and cultural conditions. However, Paolo Melindi-Ghidi and Thomas Seegmuller noticed something strange when studying this data.

Departments with a similar history, culture and socio-economic conditions also have different birth rates. For example, the Haut-Rhin (on the East) has an average of 1.46 children per woman, while the Bas-Rhin (just above the Haut-Rhin) has an average of 1.75. Such differences can also be found between people from Vaucluse and Bouches-du-Rhône, or those in Meurthe and Meurthe-et-Moselle. So, how can these differences be explained? Neither the cultural environment nor the societal environment can be the cause of these disparities since they are almost identical. This is where the authors introduce the “love for children” hypothesis. 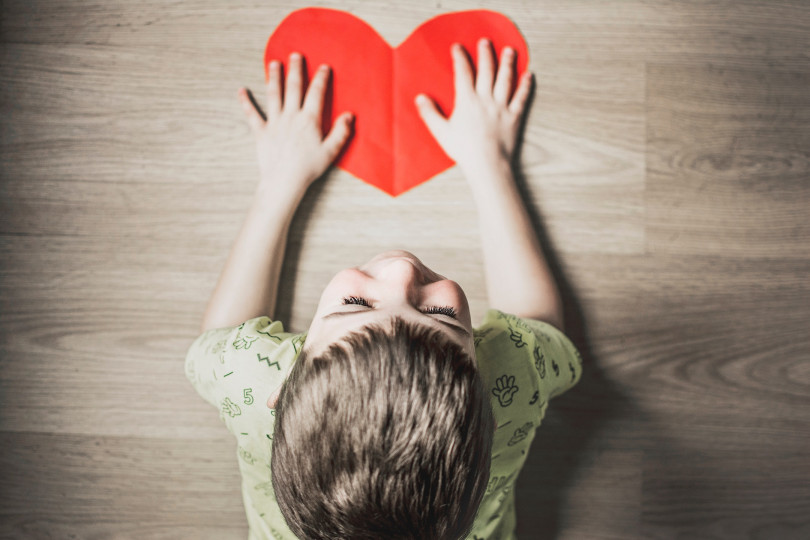 Photo by Anna Kolosyuk on Unsplash

What Is Love for Children?

The hypothesis studied by Paolo Melindi-Ghidi and Thomas Seegmuller is based on the idea that the number of children necessary to make parents happy depends on, amongst other things, the “love for children”. This “love” depends on parents’ expectations regarding their future well-being and their value of children. It could therefore explain the difference in fertility between households and geographical areas with the same cultural, historical, and socio-economic fundamentals.

The researchers demonstrate that fertility rates can be quite different depending on the expectations that parents have on the future. Parents tend to have more children if they imagine a bright and happy future for their descendants.

Such results help refine economic models to become more representative of reality. They also remind us of the importance of free will. If you want children, it may be due in part to your socio-economic or cultural environmental...but the choice remains yours! So, this begs the question: do you love children, and, if so, how many do you want?

Economics made accessible to all.