Why do most prices rarely change? 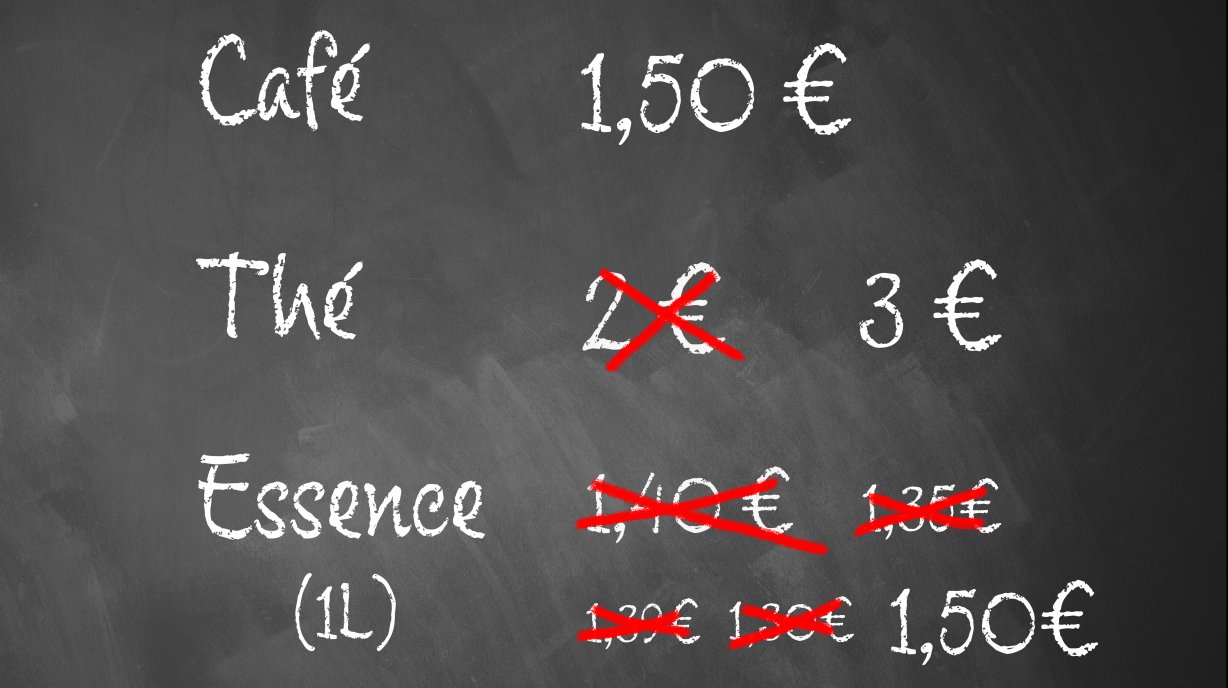 Fuel prices are almost constantly changing, whilst prices paid for electrical appliances may remain stable for several months. For most products, prices tend to remain the same over weeks or even months. There is a simple explanation for this: it would be too expensive for companies to perpetually analyse market price changes. This is the conclusion reached by economists Mark N. Harris, Hervé Le Bihan and Patrick Sevestre after analysing the evolution of prices of several hundred industrial product pricess.

As 40% of French enthusiasts of the drink, Dominique and Claude are enjoying their regular coffee on the terrace of a brasserie. While paying her usual €1.50 for her espresso, Claude realizes that while petrol prices have been in constant evolution these recent months, coffee prices haven’t changed.1

Because Claude is an economist, she knows that the selling prices of goods and services are stemming from a combination of different costs. One must consider the cost of raw materials, which often constitutes more than half - or even three quarters - of the price of a product, on top of the labour costs involved. The way supply and demand interact on markets may also play a role in the determination of prices. Basically, in order to set the price of a coffee, the manager of the brasserie has to consider: the price of the coffee beans; the depreciation of the espresso machine; the staff salaries; and the possible changes in the competition she faces, such as a new cafe open in the neighbourhood, for example. But even if the price of the raw material - the coffee beans - varies from day to day on the international market due to factors such as quantity and quality of the harvest, climatic events, trade agreements between countries, etc., the price of a coffee seldom varies in bars. This makes it a 'rigid' price compared to the prices of many other commodities. Likewise, household appliances are considered to have very rigid prices in stores, whilst fuel prices can vary day to day. Why are there such differences?

Claude and Dominique think on this question, to which Mark N. Harris, Hervé Le Bihan and Patrick Sevestre offer an answer. They demonstrate, using a database comprising the prices of several hundred products recorded over several years, that we can distinguish two different phases in firms’ decisions for potential price changes.

Photo by Gunnar Ridderstrom on Unsplash

The importance of stability

Companies generally set the selling price of a product once they have performed an analysis of their own costs and their position on the market. When considering the rigidity of these prices, the primary explanation proposed by economists has been, for many years, the so-called 'menu costs' . Indeed, if the manager of the brasserie changes the price of her coffee, she will be obliged to reprint all the cards and menus on which this price is printed. This can entail a significant cost in relation to the profit expected from such a price change. The rare occurrence of such a change in prices can be explained by the fact that the cost of the change may outweigh any potential benefits for the company.

It is clear to Claude and Dominique that the brasserie manager does not permanently look at the market price of coffee, nor she daily scrutinise the price of coffee served by her closest competitors. Indeed, this would represent significant time and money spent without being sure of a return on “investment”. The brasserie manager thus only occasionally dedicates time to considering the appropriateness of her pricing, either at a predefined time (for example, once a year, in September), or if a major event deems it necessary (such as a sustained dramatic increase in the price of coffee, for example). Therefore, prices remain stable not only because changing them would cost too much in relation to the expected benefits, but also because companies do not analyse them regularly, a phenomenon called “rational inattention”. 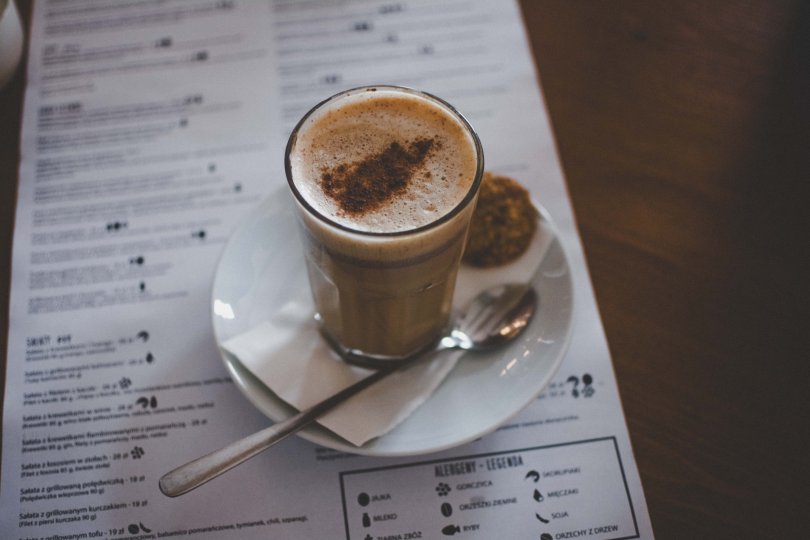 Photo by Kararzyna Grabowska on Unsplash

Yet how do you know if the stability of a price is the result of a choice by the firm, or of its rational inattention? Mark N. Harris, Hervé Le Bihan and Patrick Sevestre have shown that, using a model reproducing the two stages involved in price-setting by companies, it is possible to disentangle these two explanations of price rigidity.
A variety of factors (such as seasonal variations, large shocks on firms’ environment and changes in the intensity of market competition) can potentially explain a decision to conduct an analysis and decide for a change in prices. The authors' analysis of a large dataset of industrial prices, together with data about firms’ production costs and the competition they face makes it possible to identify the different causes for price rigidity. Do companies change their prices once a year on January 1st? Do they change their prices during major economic shocks, such as during a global pandemic? The authors determined that in 90% of cases, if prices don't change, it is simply because companies decided not to analyse their prices, i.e. because of their rational inattention.

Once again, the choice to neglect this process is reasonable: analyses are expensive, and don't necessarily result in a price change. If such a change is deemed necessary, then it needs to be a meaningful change. Carrying out a single analysis per year is often sufficient to know whether a price adjustment makes sense. Claude tells to her friend Dominique her opinion that this is surely the reasoning of the manager of the brasserie, wonders about possible implications.

From coffee to the central bank

In fact, Claude explains to Dominique that beyond their direct influence on the choices of consumers and businesses, the characteristics of price changes (such as their frequency and magnitude) have an influence on the impact on decisions made by central banks. If the prices are very flexible, they will immediately adjust completely to the new context generated by   central banks decisions (in terms of interest rates in particular). The effect of these decisions on employment, investment, or the level of activity (which we call 'real variables' in economics) will therefore be limited. Conversely, rigid prices enable more effective actions by central banks, especially on activity and employment. 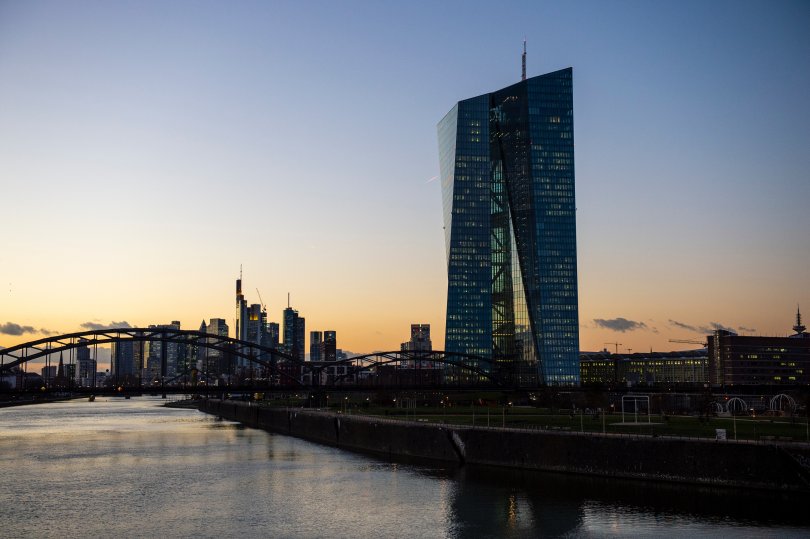 It is amusing, for Claude and Dominique, to realise that the simple setting of the price of a coffee can involve decisions which, combined with those of the many other economic agents, can have potentially important consequences. The next day, they may be surprised to see that the price of a coffee in their favourite bar has increased. After all, it's the beginning of the new school year!