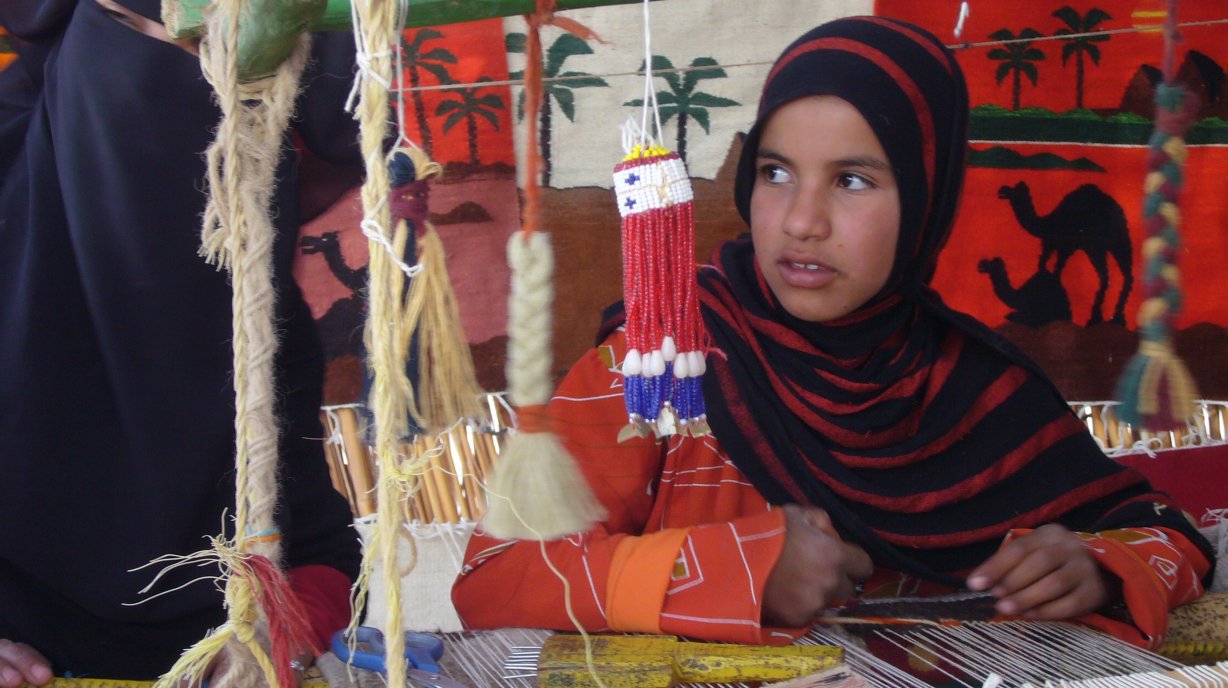 In 2011, when the Arab Spring took to the streets to fight for democracy and equal rights, the political crisis that ensued shook up household economics and the future of young people. In Egypt, parents are the primary decision makers when it comes to choices about a youth’s schooling or employment. According to the economists Marion Dovis, Patricia Augier, and Clémentine Sadania, the 2011 shock wave changed the negotiation power mothers had within their family. The study carried out by the researchers demonstrates how women’s emancipation has reduced the amount of domestic work girls perform within the household.

In 2011, Egypt was shaken by the Arab Spring. For months, the streets were filled with protestors whose anger spread like wildfire. The cause? Inequality, lack of individual freedoms, unemployment, and a neglected youth.In February 2011, President Hosni Mubarak’s resignation after more than thirty years in power left the country in ruins. What followed were various consequences on the Egyptian labor market. Investment and production within the private sector (particularly tourism) was the most affected, while new political measures raised working conditions and the minimum wage in the public sector.

The people’s revolt also brought upon a wave of freedom and democracy. The many protesters who came together in Tahrir Square hoped for a more equal Egypt and, in particular, an end to violence and discrimination against women. But the result is underwhelming, even today. That said, the participation of mothers in household decisions has had a positive impact on the future of their children, as we can see in the article Labor Market Shocks and Youths’ Time Allocation in Egypt: Where Does Women’s Empowerment Come In? by the economists Marion Dovis, Patricia Augier, and Clémentine Sadania.

How Can a Shock Modify a Child’s Future?

In 2018, 15% of young adults between the ages of 18 to 29 dropped out of school before receiving their diploma; twice as many repeated a school year, according to the Egypt Human Development Report (2010). Is tuition to blame? No, since 84% of this group studied in the public sector for free. In Egypt, children are under their parents’ authority until they get married. Parents’ income and preferences therefore have important repercussions on their children’s future. Whether an individual is in school or not greatly depends on a family’s financial needs and an education’s return on investment. For example, poorer families push their children to work over going to school, or to combine the two, in order to help support the household.

To evaluate the role women play in the decision-making process, the economists Marion Dovis, Patricia Augier, and Clémentine Sadania examined the economic situation of over 12,000 households and studied how this influenced the prospects for schooling and work of individuals between 16 to 20 years old within each family. A family’s financial situation can improve according to the father’s line of business. This is the case for 8% of the households studied, whereas 17% experienced a negative shock. If a household’s situation were to improve, would the youths within it continue to work? Or would they go on to study? At first glance, the effect is unclear. This is because a negative shock can lead households to pull their children from school so they can work and contribute to supporting the family. However, a negative shock also means there are fewer opportunities in the labor market, and therefore a good reason for an individual to continue their studies.

Parental influence on a child’s life is particularly strong for girls. In a study on youths in Egypt in 2014, around 80% of young married women between the ages of 13 and 35 said they depend on their parents to decide—compared to 46% of young married men. For example, more than 13% of young women have revealed that their parents were against them continuing their studies. This is the case for only 2% of young men. Furthermore, young women must combine school and work more often than their male counterparts, with close to 55% of women and 28% of men juggling both. Most of the time, this work involves domestic tasks: 95% of women work at home, compared to 20% of men. Can an increase in the household budget following political and socio-economic instability due to Mubarak’s end of ruling ease these limitations? 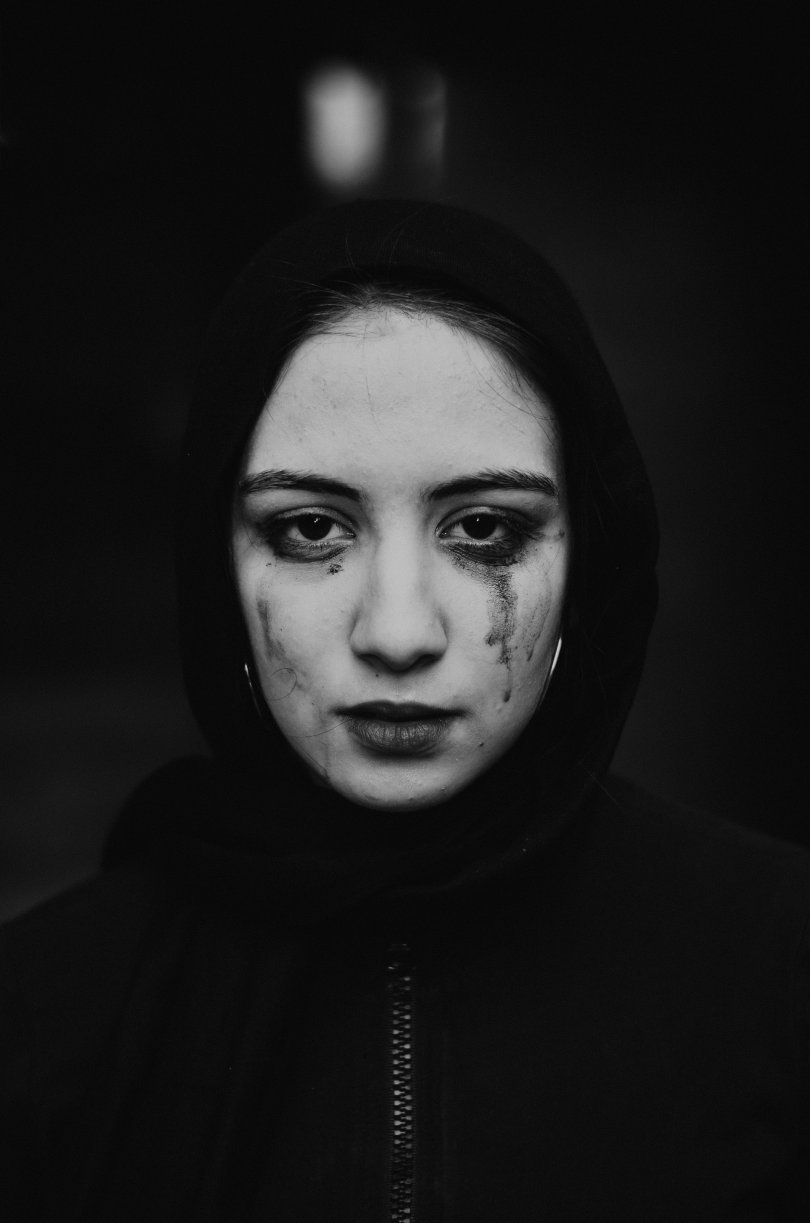 The Power of a Mother’s Decision

In households where women have significant decision-making power, children work less. To calculate this negotiation power, the economists brought together a series of indicators. First, they examined the responses given to questionnaires about family decisions and noticed two variables greatly affect a married woman’s decision-making power. The first is the proportion of women and men in the population. The weaker the proportion there is of men to women, the more opportunities women have in choosing and setting expectations for their future partner. The second is the bride price. In Egypt, the families of engaged couples draw up a marriage contract that determines whether a woman can work or not and stipulates her daily rights and duties. The husband must then pay a certain amount of money, which binds the contract and seals the union. The total therefore indicates the “value” of the marriage and the bride’s future negotiation power.

Of the 12,000 households studied by the authors, improvement of the father’s working conditions has a positive effect on the children’s workload. This is particularly the case for girls: 16% of girls in this situation work less, compared to 8% of boys. But this does not apply to all families. The consequence can greatly vary, as it depends on who the main decision maker in the family is. The more the mother has negotiation power, the greater chance the daughter of that family works less. In households where income improved and mothers had enough influence, young women are between 26% to 30% (depending on the family’s income) less likely to participate in household chores than families who did not experience any income improvement at all. This impact is even more visible among poor households who have more leeway regarding their children’s workload when their income goes up.

When a mother’s say holds significant sway in parental choice, she can do more about her daughter’s future by reducing the inequality she may experience as soon as she reaches adolescence. While the analysis does not demonstrate one way or another the impact this has on time spent in school, the economists suggest that a reduction in household chores would allow young women to dedicate more time to their studies and therefore improve their grades. 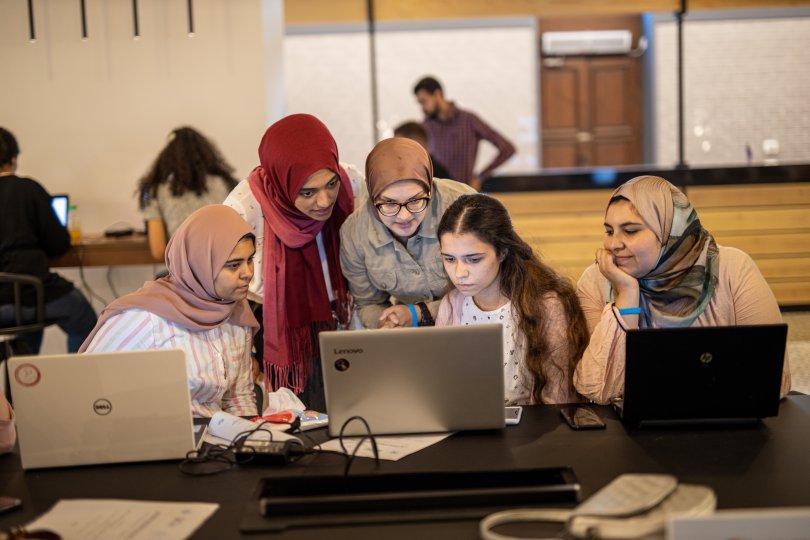 The economists’ study demonstrates that a mother’s participation in the decisions a household makes benefits children and, in particular, girls. However, the hopes for emancipation that sprung with the Arab Spring have revealed to be little more than wishful thinking. In a report published in 2013, UN Women announced that 99% of women in Egypt have testified to being a victim of sexual harassment. The situation has not improved since. Many people have risked their life to advocate for equal rights, like Amal Fathy, who was imprisoned in 2018 and 2022 after speaking out about sexual harassment and the government’s inaction against it. In June 2022, the murder of a student who refused her murderer’s advances reminds us how violence remains a part of the daily life of Egyptian women.

This reveals a grim future for women, especially since the current government is unwilling to improve their situation. In 2021, the Egyptian government presented a bill which would allow a bride’s father or brothers to annul her marriage, thus further limiting women’s rights. The bill has since been rejected, but women’s emancipation and the future of their children remain an issue. In the words of the economists Patricia Augier and Marion Dovis, we can only hope that social and economic sciences which highlight the importance of women emancipation can influence public decisions and the social reality.