World Poverty: The numbers do not add up 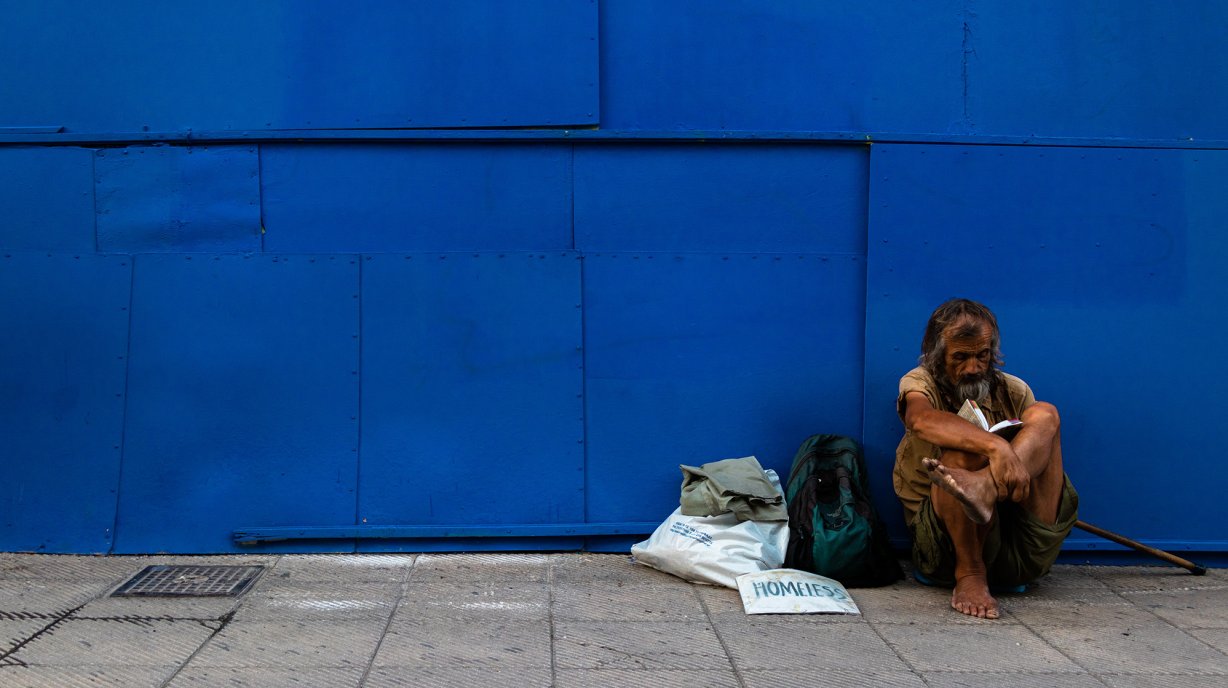 Photo by Jonathan Kho on Unsplash

How many people are living in poverty in the world? Finding the answer to this simple question poses a wealth of difficulty. Determining who lives in poverty is a difficult task, and the various means used to count these people can give quite different values. Economists Zhou Xun and Michel Lubrano seek to illustrate this issue in their article, in which they propose a new method for assessing poverty in developing countries. 1

In 2001, the number of people living in poverty in the world stood between 1.698 and 1.846 billion people. These figures are the estimates of Zhou Xun and Michel Lubrano. The 200 million difference between these two numbers is not insignificant, as each one represents a human. Who are the people behind these numbers?

Zhou Xun and Michel Lubrano identify three distinct definitions of poverty. On the one hand there is absolute poverty, which refers to a lack of the means essential to survival. It is determined by reference to the cost of a basket of goods equivalent to 2100 calories per day per person (the minimum needed for an adult to survive), housing and other basic necessities. It is mainly used by so-called developing countries where the mere subsistence of the population is not guaranteed (famine, malnutrition, etc.).

In contrast to absolute poverty, the authors put forward the concept of relative poverty, which takes social inclusion into account, as proposed in an article by Atkinson-Bourguignon (2001). Since ancient Greek times, where poverty was sometimes seen in terms of an exclusion from city life, to the current link between unemployment and poverty, a 'poor person' can be defined as an individual on the margins of society. This notion is found in economics in the work of Adam Smith,2  and is used to define the poverty line in Europe in relation to the median wage.3  In the article, the authors show that even for those countries which define an absolute poverty line, an element of social inclusion comes into play. This is not new: in the 19th century, the English defined their line of absolute poverty with a basket of goods as its measure. A change in the composition of the basket had led to a workers' strike: the tea was to be replaced by milk. It was not so much a nutritional consideration that caused the reaction, but the fact that tea represented their inclusion in English society.4

A final definition of poverty often used in economic research is 'subjective' poverty. This involves asking the population directly, via surveys, how they manage to make ends meet; the minimum level of income they need to survive, etc. These questions help to draw a poverty line which is generally much higher than the official lines, and which increases with the income of the respondents. This shows that once again, the notion of inclusion in society is central to the issue.

Do the numbers add up?

Once poverty is defined, it is then necessary to establish a means of counting the poor according to these definitions.

The authors' work is based on that of the World Bank, an international reference body on the issue, bringing together 189 member countries. One of the World Bank's objectives is to fight against poverty. Using data and a model developed by Martin Ravallion,5  the World Bank finds 1.599 million people living in poverty during the aforementioned period, which is several hundred million fewer than the result of Zhou Xun and Michel Lubrano. How can this difference be explained?

To understand where these figures come from, it is necessary to look at the calculation methods. Counting the number of people living in so-called poverty is not an easy task. For this, we need two types of concept. On the one hand, a poverty threshold - a minimum income for example - below which one is considered to be poor. On the other hand, it is necessary to know the distribution of income in the world to be able to locate the poor people.

The world poverty line for Zhou Xun and Michel Lubrano is $1.48 per day for the poorest countries, slightly higher than that which was determined by the World Bank ($1.25). The World Bank has established the global poverty line as an average of the poverty thresholds of a small group of countries, after conversion. The standard reference was a minimum income of one dollar per day per person in the 1990s, 1.25 dollars in the 2000s, and 1.90 dollars remains the standard today. This is due to a change in the definition of the PPP dollar, the currency of poverty lines.

Global poverty line dollars are Purchasing Power Parity dollars, or PPP. In fact, the world poverty line is established on the basis of national poverty lines calculated by individual states. However, national poverty lines are drawn in the currency specific to each state (rupees in India, yuan in China, and so on). To be able to use them, the disparate currencies must be converted into a common currency, the PPP dollar. The conversion is not based on conventional exchange rates but on the volume of goods or services that these currencies can buy. In 2011, the definition of the PPP dollar was modified. Accordingly, the global poverty line changed from 1.25 dollar to 1.90 dollar. The authors use the 2005 PPP dollar in their paper, so their poverty line ($1.48) can be compared with the $1.25 of the World Bank . In 2011 PPP dollar, it would be $2.29 compared to the $1.90 of the World Bank.

To establish their poverty line, the authors used data from 74 countries, in contrast to the 30 used by the World Bank. However, they also used methods to avoid setting an arbitrary limit between a group of so-called developing countries and a group of so-called developed countries, by including this variable in their calculations. The poverty line for these two groups of countries is not calculated in the same way. For the poorest countries, it is a combination between a measure of consumption and a measure of integration represented by an unemployment rate. For so-called developed countries, it is defined as a fraction of the income measured by consumption. Finally, the big difference between the World Bank study and the one presented by Zhou Xun and Michel Lubrano is the use by the latter of Bayesian statistics.6  This is a different statistical approach which makes it possible to take uncertainty into account, and presents its results as a measure of density.

Taking the global poverty line as the standard, it is then only necessary to know the global distribution of income to count the number of poor. For this, World Bank data is used: this income can be used as it is or weighted either by the population of the countries (thus giving great weight to China and India), or by the number of poor. Such weighting can change the distribution of the poor, so the authors give their results for the three cases.

Some help to get from rags to riches?

The method employed for counting has significant implications for the result. But what is the purpose for counting the poor people in the world?

The international poverty line makes it possible to establish poverty indicators such as Human Poverty Indicators (HPI) which take into account literacy, deaths before 40 or 60 years and other data, to fine-tune the definition of poverty. These HPIs were created by the United Nations Development Program which aims, among other things, to reduce poverty, and serve as the basis for international policies of solidarity aimed at eradicating extreme poverty.

Knowing the number and geographical distribution of people living in poverty makes it possible to target economic policies, to measure how poverty evolves, and to track the effectiveness of the measures implemented. Since the 1970s, many action plans to help the economic development of countries have been put in place, whether by the World Bank or the United Nations. World poverty has declined significantly since that time. This can be partly explained by the significant economic development of countries like China, who have thus been able to revise their poverty line upwards.

Nevertheless, individual states set their own national poverty lines, which are used in the calculations of the international threshold. However, despite regular reassessments, there is a tendency to underestimate the thresholds, on which all the indicators depend at least partially. This was the case in India, where, in 2011, the poverty line was revised upwards to 32 rupees a day following strong reactions in the country where poverty was previously underestimated.7

Between 1.698 billion and 1.846 billion: this is the number of people who, in 2001, did not have enough money to survive or to be included in society. The redefinition of the poverty line by the World Bank caused much discussion in the world of economics in the 2010s. The article by Zhou Xun and Michel Lubrano is to be viewed in this context. It reminds us of the importance, for international organizations, of using rigorous and rational calculation methods, because behind these figures lie human lives.