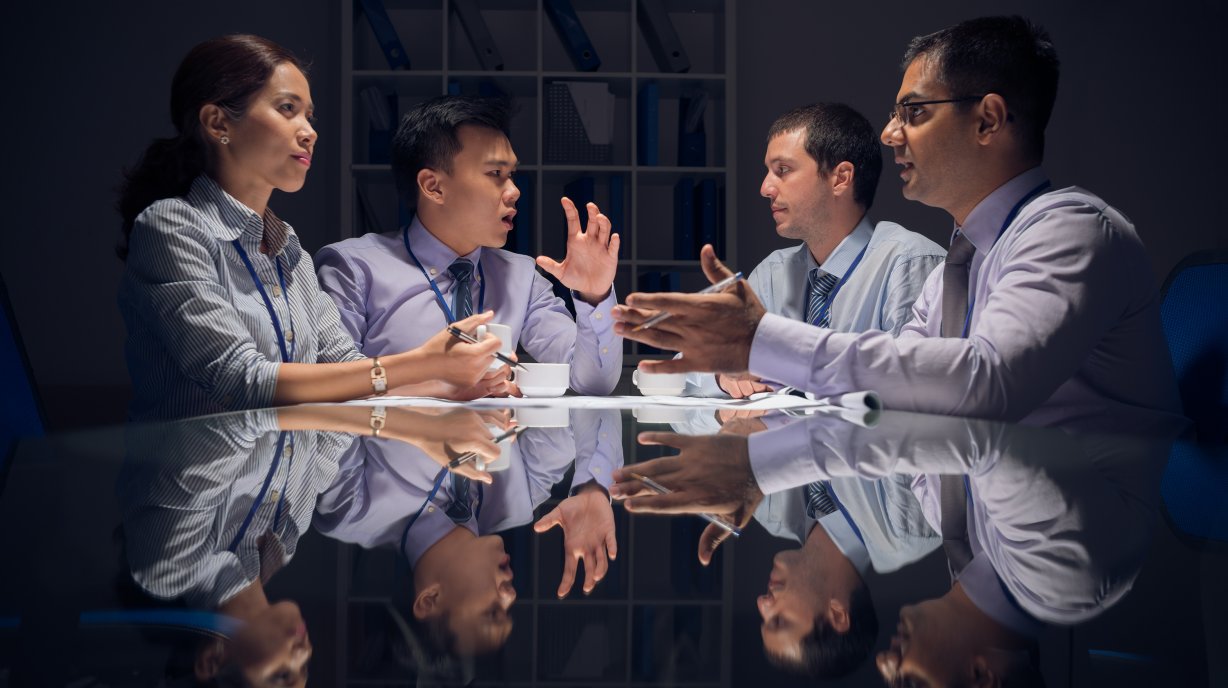 Photo by DragonImages on AdobeStock

Should we wish for the best or focus on damage control? From deciding who will sit on the U.S. Supreme Court, to choosing a cake for guests, or distributing a budget, the question is always there. Anna Bogomolnaia, Ron Holzman, and Hervé Moulin look at the mechanisms of decision-making and come up with ways to increase the guarantee that the worst will not happen.

Whether you are distributing a company budget, planning an organization's future activities, or choosing a cake for a family meal, your choice will impact your well-being. So, what do you do when you are in this position? You want to make sure that the worst thing that could happen won’t (or is at least an unlikely possibility)! You want to know that other employees won't force you to vote against your interests and that no one will push your organization to go in a direction you don't want it to go, and that, of course, the cake will not be vanilla. But how do you guarantee the worst situation does not happen? This is the question that Anna Bogomolnaia, Ron Holzman, and Hervé Moulin try to answer using tools from game theory.

How do you make a “fair” decision? Well, you first need to figure out what fair is. Different (somewhat contradictory) criteria define it. Let’s say, for example, that you have a cake. Should it be divided into equal parts? This may seem like a right way to share, but different people often have different tastes. If you've ever had to cut a cake, you’ve probably heard things like, “I’ll take a small piece,” “Can I have the cherry?”, “No chocolate for me,” etc. So, the cake can be unevenly divided, but as long as each person puts the same arbitrary value on their share, everyone will be happy. This is what we call envy-free sharing. Another kind of sharing, known as optimal, means that you cannot change the way you divide the cake without penalizing a guest. Sounds good but, when you consider this optimal sharing criterion alone, it could lead to giving the whole cake to just one person. If you changed the way the cake was shared after considering this criterion, the person no longer receiving the full cake would, in every other case, be penalized. 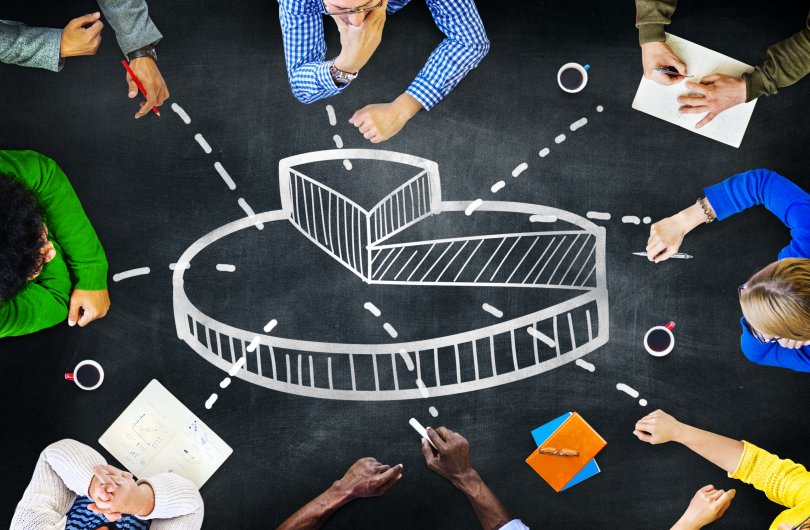 Photo by Rawpixel.com on AdobeStock

The different ideas of what’s fair leads to different choices, and how people make decisions will favor one of these criteria over the other. A historical solution, mentioned in the Bible,1 to share a cake (or a land given by God), is called “divide and choose”. When there are only two people, one person cuts (the cake, the land) and the other decides which piece goes to whom. The person who divides the item has a vested interest in ensuring that both portions are considered equal. But when there are more than two people, chances are that the best outcome will not happen. You might just end up with a piece of cake you're not happy with.

How do you avoid the worst? Anna Bogomolnaia, Ron Holzman, and Hervé Moulin have come up with systems to ensure that the worst-case scenario does not happen.

A Fair Field and No Favor

Can you avoid the worst-case scenario? First off, to do so, you must make sure that the probability of the worst-case scenario is the same for all participants in the decision-making process. Secondly, this probability must be as low as possible. One of the fairest and easiest solutions to this is a random draw. For example, this is what the ancient Greeks from Athens did to choose their political representatives.2 If you take six different cakes from which three people must choose one, there is a one in six chance that you will get your worst choice. But if you can discuss the situation with other people, there are other solutions available.

The researchers present a voting system by veto. This way, everyone can eliminate the option they consider to be the worst, so it has no chance of happening. The worst-case scenario of this situation is then having the other two people use their veto to eliminate your favorite options. So, you won't get the vanilla cake (the worst option), but also won't get your first and second options of chocolate and caramel cake, either. 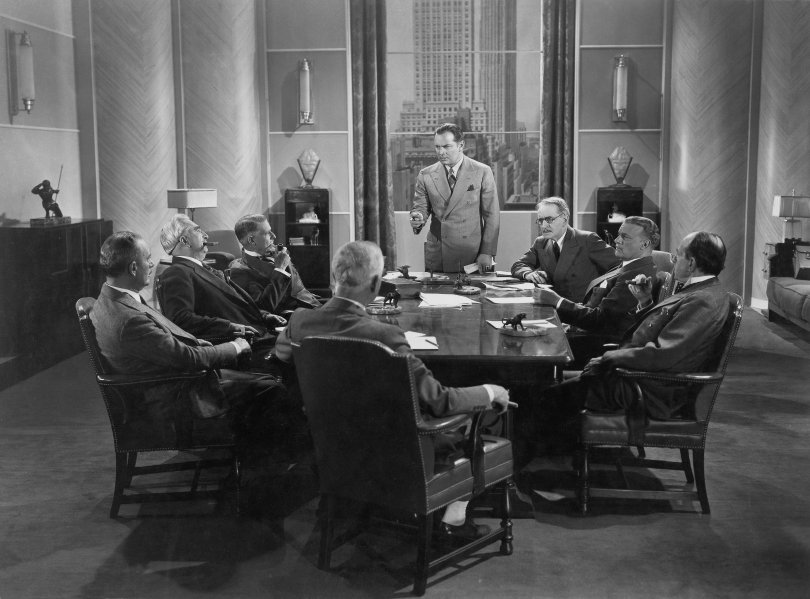 Photo by everettovrk on AdobeStock

The last solution presented by the researchers is to randomly draw a “dictator” who will choose for everyone. This solution is a bit more complex to put into place, and it requires all the participants to come to an agreement. If everyone has a one in three chance of being the dictator, but two people’s favorite cake option is vanilla, then the probability of having their #1 choice selected is two-thirds. This can be quite discouraging and might lead to people no longer even wanting any cake at all. To avoid this, if two participants prefer the same thing (aka vanilla cake), they can agree between them that one will take another option. Then chances that the worst situation will happen for each is only one in three.

But of these options, which is the best?

Voting Is a Piece of Cake!

Anna Bogomolnaia, Ron Holzman, and Hervé Moulin show that a combination of a veto and a random dictator can provide a greater guarantee that the worst will not happen. However, when there are more than three people, the calculations become extremely complex. If a solution isn’t convenient, it won’t be used. Fortunately, computational tools make it easier to use solutions requiring complicated calculations. So, while choosing a cake flavor may not require intense thought, deciding on a large-scale project or budget might call for such solutions.

The way we decide affects our decisions. The economists’ study applies to decision making and not direct political elections, where there are always fewer candidates than voters.
But even in this case, the results are not the same depending on the voting method used. Before universal male suffrage was written into the French Constitution of 1793, mathematicians pondered about the procedures necessary for such decisions. Jean-Charles de Borda’s and Nicolas de Condorcet’s methods date from the 1770s and are still used as references today. Both methods can, for the same election, offer different results. So, when the voting mechanisms determine the results, their choice is a crucial point of democracy. This brings to mind American elections where the elected president does not necessarily have the majority of votes,3 or voting methods specific to each French election. As Joseph Stalin, far from being a staunch supporter of democracy, used to say, “What counts is not the vote, but how the votes are counted.”