Differing beliefs about common societal issues: what are the outcomes? 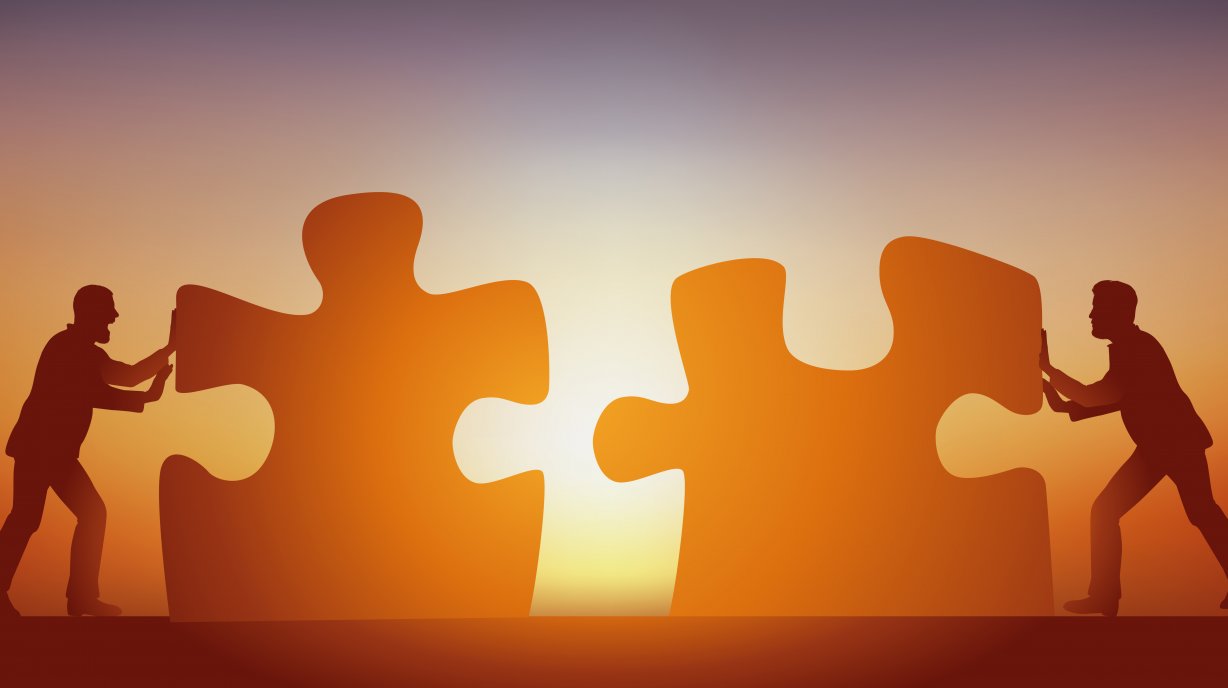 by pict rider on Adobe Stock

Reducing overall plastic consumption, vaccinating enough people to curb a pandemic, or donating to charity – these are all divisive issues. If I want to contribute, will my actions make any difference? What cost am I willing to pay? Economists Nicolas Gravel and Anwesha Banerjee study the extent to which an individual’s beliefs on issues such as these can influence the actions taken. Their research shows that the more closely a group's members are aligned on an issue, the more likely the group is to act toward the public good.

"The goal of society is the common good". According to Étienne de Jouy, this is what incites human beings to come together in their communities1 . Within a society, we as individuals are constantly interacting, through communication or the exchange of material or intangible goods. These interactions bring us numerous individual advantages, and through them, we can imagine the attainment of universal objectives contributing to this common good, such as worldwide reduction of plastic use or the management of a global pandemic. 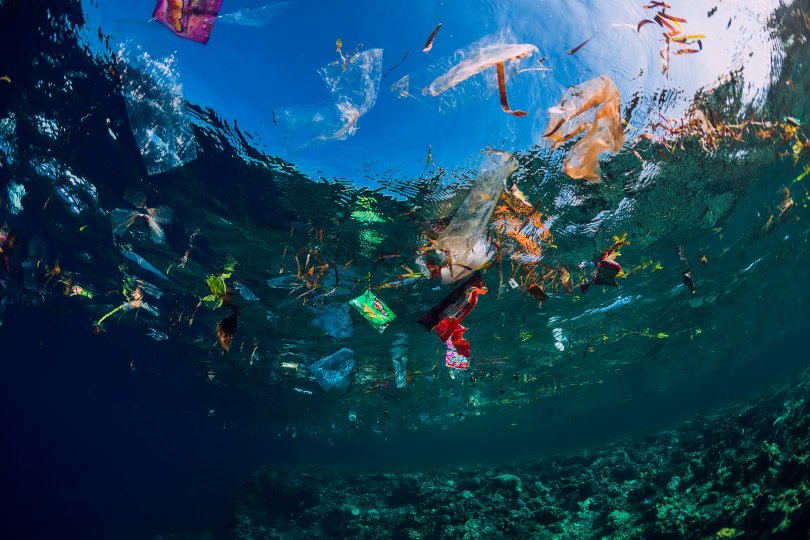 Photo by artifirsov on Adobe Sotck

Collective action is required to reach these objectives. The conventional approach assumes that the force of this action can be calculated by adding together all the individual contributions. This approach is limited, however, as it does not account for the differing belief systems amongst those individuals, which serve to influence their personal contribution to the overall goal. What happens when members of a society have differing beliefs about the possibility of achieving these goals? What influence does this have on the outcomes?

These are questions which economists Nicolas Gravel and Anwesha Banerjee are exploring in their work. In their search for answers, they have imagined a theoretical model using concepts taken from game theory. This model represents the simple case of a society made up of citizens sharing two distinct beliefs.

Raising the issue of uncertainty

To understand how individual beliefs are considered in the work of the two researchers, we can take the example of Charles, Camille, and Xavier. Charles is aware that today, only 9% of the world’s plastic waste has been recycled and would like to reduce his plastic consumption to limit its environmental impact. Charles understands that this will entail a significant shift in his consumer behaviour and will engender certain costs. Why would he be prepared to pay this price? Put simply, it is because Charles believes that collective action to reduce the use of plastic is likely to have a significant positive impact on the environment. (This is particularly true of the marine environment, because if plastic consumption continues at its current rate, the world's oceans will contain more plastic than fish by 2050 - a volume of around 750 million tonnes.) In addition, he perceives that his contribution to improving the environment has greater value than the convenience to him of using plastic. Given his beliefs about the potential impact of his actions and the need for a reduction in overall plastic consumption, reducing his own use of plastic is a rational decision for Charles.

Camille and Xavier, for their part, are more reticent. Although they are equally concerned about the preservation of the marine environment, they are less convinced than Charles that reducing their individual plastic consumption will have a tangible effect on the quantity of plastic ending up in the oceans. They are therefore less willing than Charles to make efforts to reduce their reliance on plastic2 .

Homogeneity as a driving force

Later, in discussion with Xavier and Camille, Charles raises the consequences of personal plastic consumption. Each year in France, 200 million plastic bottles are found in the natural environment. In addition, thermoplastics, which can be found in packaging and toys, represent 80% of the plastic consumed in Europe.

Charles manages to convince Xavier and Camille that they should be more conscious of the impact of each individual’s plastic consumption on the environment. In the model, we will therefore say that Xavier and Camille become more optimistic, while Charles's beliefs remain unchanged. In this case, Xavier and Camille will now be prepared to make greater efforts to reduce plastic use. For Charles, things are fuzzier, because in his unchanged optimism, he now knows that the people around him are making more effort to reduce their dependence on plastic. This observation could lead to a slight reduction in his own personal efforts because of the benefits generated by 'relying on others'. However, according to general assumptions3 the collective effort made to reduce plastic consumption will be greater than it was before Xavier and Camille's level of optimism increased, despite Charles' having lessened his efforts. An increase in optimism regarding people’s perception of how far their actions impact outcomes leads invariably to a redoubling of contributive efforts. 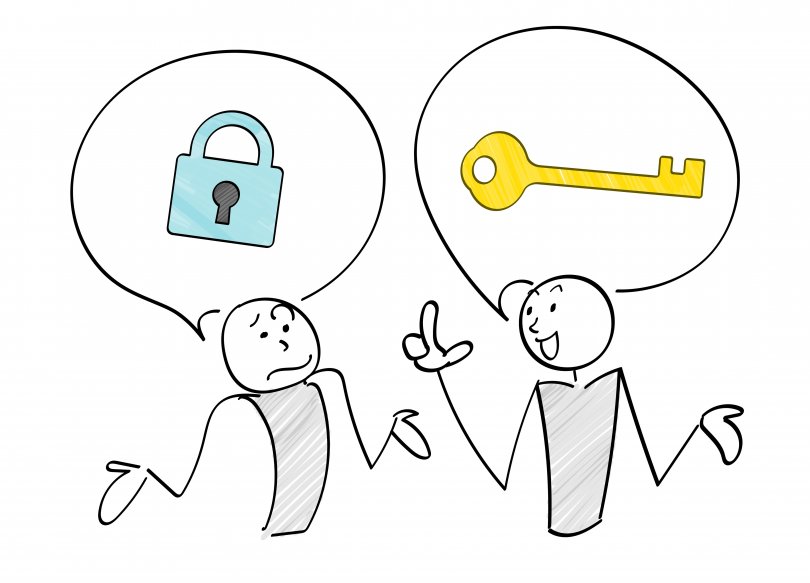 Illustration by DragonTiger8 on Adobe Stock

Now let us imagine that a discussion between Camille, Xavier and Charles reveals that the three individuals are more closely aligned in their beliefs. Camille's level of optimism decreases, and that of Xavier and Charles increases, meaning the community of the three individuals becomes more "homogeneous". What happens, then, to overall efforts towards the reduction of plastic usage? The model shows that, here too, if consensus does not result in a decrease in average optimism levels in the population, the impact on collective contribution will be favourable. This result could therefore illustrate that societies that are more homogeneous in their belief in the impact of their individual actions will engage in more effort overall than less homogeneous societies with similar average levels of optimism.

This model can be applied to many other situations, such as that of vaccination against Covid-19 (where individuals may differ as to their belief in the efficacy of vaccination), or contributions to charity (where doubts could be held as to the quality of the non-profit-making organisation to whom the donation is made). Most of the time, though, we are not aware of the initial beliefs of others, and this creates uncertainty about identity. This is the case, for example, when we interact on social networks. Uncertainty as to the preferences or beliefs of the other participants in the interaction is not accounted for in this model, however. So, in their current work, Nicolas Gravel and Anwesha Banerjee set out to study this new uncertainty, and the nature of the model is different: among other things, it is no longer assumed that everyone can contribute equally, but that it is dependent on the identity of the individual. This would be the case for a charitable donation: a wealthy person can donate a larger sum than someone who is poor. It is no longer question of the Nash equilibrium, but a different type of solution.

When Game Theory Takes Us on a Ride
Let’s (De)Centralize Public Goods!