The glass ceiling in Academia: when women hurt their career success 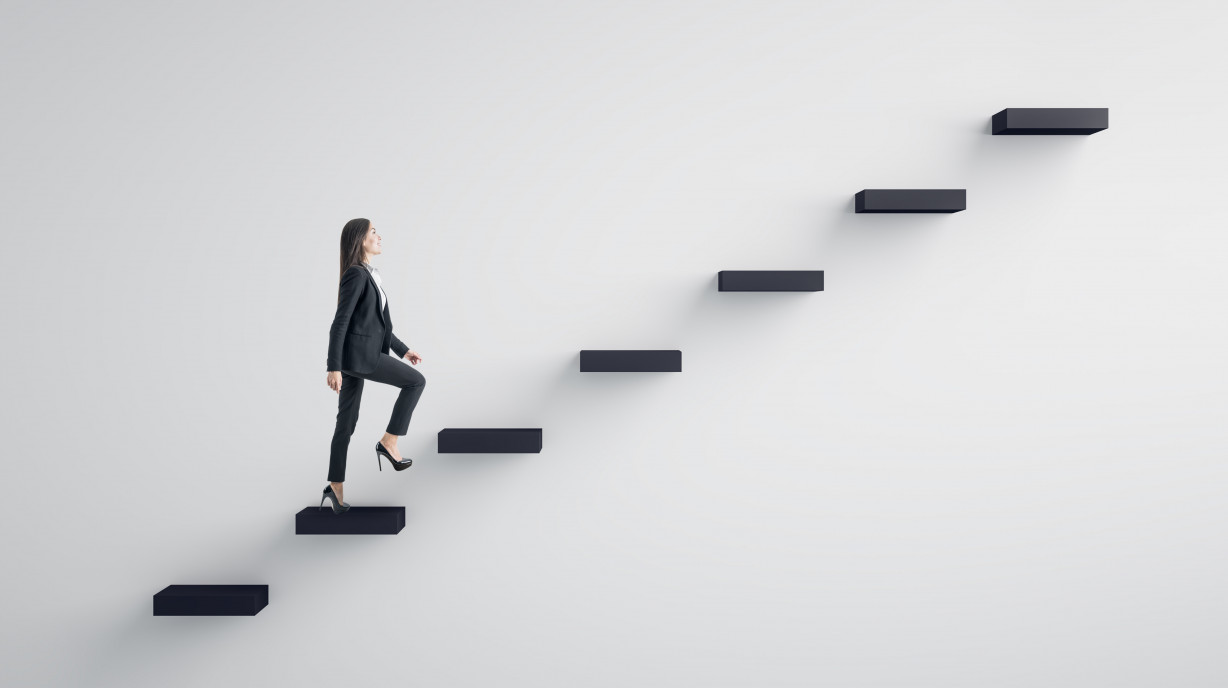 Photo by Peshkov on AdobeStock

Why are there so few women at the top of the academic career ladder? Recent research by Clément Bosquet, Pierre-Philippe Combes, and Cecilia García-Peñalosa using data for academic economists in France shows that only 18% of those in the most senior positions are women, and that this is largely due to them not applying for such positions. This is not just a matter of discrimination: women hurt their own careers by not putting themselves forward for promotion.

In France in 1965, women gained the right to work and open a bank account without their husbands’ permission. Under ten years later, equal pay legislation was enacted: would this spell the end of the wage gap? Not necessarily. In 2015, the gender pay gap remained at 9% between men and women with the same position and skills.1  The glass ceiling is another obstacle to equal employment opportunities, as even in the academic field, the highest positions in the hierarchy seem inaccessible to certain sectors of the population, including women.

The same number of men and women obtain bachelor and master degrees in economics today. However, the share of women decreases dramatically as they progress up the job ladder. This study focuses on the field of academic research in economics in France between 1991 and 2008, and finds that only 18% of the most senior positions - those of university professor and research director at the CNRS (National Center for Scientific Research) - were held by women. Economists Clément Bosquet, Pierre-Philippe Combes and Cecilia García-Peñalosa show in their study that this is largely due to the fact that men are 50% more likely to be candidates for promotion than women when comparing equivalent CVs.

How can researchers identify the mechanisms at work behind the gender gap in academic career advancement? A quick look at the figures shows that women are less likely to attain the level of professor than men. However, understanding the reasons behind this is more complicated, and to do so, we must begin by refining the questions asked: Where does the difference lie? Do women apply for the posts as frequently as men? Do female candidates have the same probability of success in competitive examinations as men? Such questions can only be answered with quality data. For example, it would be necessary to have a list of “potential candidates”, that is of all those who have the skills required to apply for a promotion but who did not do so. In the French civil service, to which university professors belong, career progression is accessible to all staff with a certain level of seniority, and hence such data exist.

The advantage of being promoted

The authors of the study examined two types of career: those of university professors and those of research academics at the CNRS. In both cases, promotions are obtained through two external competitive examinations, respectively the 'Aggregation' to become full professor at university, and a competitive exam for the position of CNRS Director of Research. Access to the next level of seniority comes with an increase in salary. However, unlike in the private sector, the working hours do not change when one is promoted. In terms of work-life balance, there is therefore no impact on working hours for those moving up the hierarchy thus removing the argument sometimes put forward that women do not seek promotions because they imply constraints that make work and family life harder to reconcile.

Nevertheless, seeking a promotion can have costs for the candidate. The aggregation is a complex exam requiring a great deal of preparation. Often passing the exam will imply moving to a different city, since successful candidates are commonly assigned to a university other than the one where they had been working previously. The CNRS competitive exam, however, is less onerous and only requires the candidate to submit a research project and a CV. No complex written examinations, no posting to a distant university: in short, no reason not to apply.

Reaching for the stars, a goal for everyone?

The authors Clément Bosquet, Pierre-Philippe Combes and Cecilia García-Peñalosa show that a female academic whose scientific output, in terms of the quantity and quality of articles, is the same as that of a male colleague is just as likely to be a promoted conditional on applying. On this front, there is no evidence of discrimination against women. However, in global terms, men are twice as likely to be promoted. How can this difference be explained?

Almost a quarter of the gap can be explained by a difference in the number and quality of publications. Women publish on average fewer scientific articles in major journals, though this is largely due to their age, as in the authors’ sample they are on average younger than men.2  But the main difference is that fewer women apply than men. This fact explains 76% of the difference in promotions to senior positions at universities and 55% at the CNRS. A surprising result? Not for Cecilia García-Peñalosa, one of the article's co-authors:

“I was not surprised to find that women are less likely to apply for these posts. Why? This fits with my personal experience. There have been times in my own career when I took a step forward because there was someone beside me who pushed me a little. I am aware that I probably would not have gone ahead if this person had not been there."

To be or not to be a candidate?

Why do fewer women apply than their male counterparts? It is hard to argue that the main reason is the cost of applying.

Female researchers apply only half as often as men in the CNRS, even though there are no objective costs of doing so. This point towards self-censorship on the part of women.

Several explanations are possible for the results. First, other studies have shown that women tend to be less competitive than men hence women may have been shying away from competitive situations.3  Second, women may expect discrimination (even if there is in fact none at play) and this makes it not worth it to apply.  In fact, in academia women seem to be more reticent, and less likely to promote their work than men. They are also less likely to cite their own articles than their male counterparts, even if doing so would have been relevant.4  Whether this is because they do not think they can succeed, or because they are afraid of facing discrimination, the result is the same: a lower propensity to apply.

The authors propose a solution to overcome this self-censorship: the automatic inclusion of junior academics in the pool of candidates as soon as they fulfil the conditions to move up a grade. The required action would then be to opt out of the application process instead of opting in. However, this short-term solution does not get to the root of the problem. Enabling women to have more confidence in themselves or helping them understand that there is no discrimination is a real challenge. Becoming aware of the issue, however, is the first step in enabling women to reach the dizzy heights of institutional hierarchies.