Microcredit in India: Forging A New Path to School? 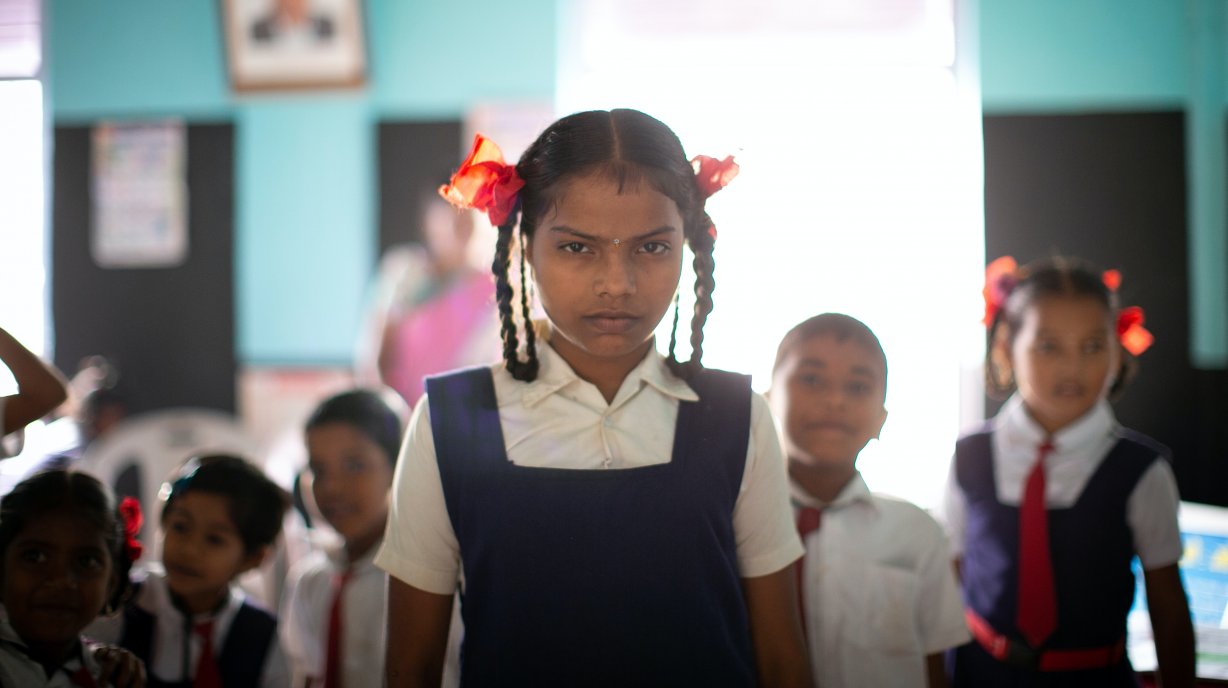 For the most impoverished, the various obstacles and pitfalls along the path to school do not always make it a walk in the park. To fight poverty, many microcredit programs have been set up. One of these, the “Self Help Group” in the state of Jharkhand, India, has been studied by economists Jean-Marie Baland, Timothée Demont, and Rohini Somanathan. After six years of operation, the program has increased school enrollment by 40%. However, it remains ineffective in reducing child labor. These results can further help us understand how microcredit works.

At just 13 years old, Samuel sets out on his journey to school in India. Documentary filmmaker Pascal Plisson films him along the way. Accompanied and helped by his brothers, Samuel must travel more than an hour every morning in his wheelchair to attend class. Unfortunately, the difficulties Samuel encounters are not rare. Education for everyone is not yet on the agenda all around the world. Before the Covid-19 crisis, the United Nations estimates for 20301  showed that only 60% of children will have access to secondary education. Improving the financial conditions of rural and impoverished families is essential to prevent this from becoming a reality. The authors Jean-Marie Baland, Timothée Demont, and Rohini Somanathan have also studied how self-help microcredit groups (also called SHGs) impact secondary education in India.

The economists’ research brought them to the state of Jharkhand, the 2nd poorest of India’s 28 states2 , where 76% of the population is concentrated in rural areas and 36.9% of the inhabitants live below the national poverty line. Even though education is mandatory until the age of 14, primary education in this area reaches 72%, as compared to the national average of 83% (2005). And the enrollment rate for secondary school is even more alarming. At the time of the survey in 2004, only 26% of children over 12 years old were in school!

Although school is free, many difficulties, such as transportation costs, lack of roads or school materials, expenses for supplies, etc., still prevent numerous children from accessing it.Beyond direct costs, the opportunity cost of education is often too high in rural and poor areas where child labor is widespread. In 2002, only 36% of the villages in the state of Jharkhand had a secondary school within 5 kilometers (3 miles). Many children are still quite a long way from school. 4

Many aid programs and NGOs are actively working to improve this situation by offering various microfinance services amongst other solutions. In India, organizations have focused on SHGs. The economists closely studied the implementation of these initiatives in Jharkhand by the NGO PRADAN between 2002 and 2009. The program is presented in each beneficiary village and encourages the formation of groups of 15 to 20 women. Those meet once a week to discuss various collective issues, collect individual savings that are pooled together, and provide small loans to members who apply to the group. After a certain amount of time—usually two years—the women have amassed enough money to be collectively solvent and can apply for bank loans (at a subsidized rate). These women can thereafter take turns financing larger individual projects according to the group’s decisions.

These experiments follow a movement initiated by the Grameen Bank in 1976 in Bangladesh to promote the widespread use of microcredit programs. Its creator Muhammad Yunus was awarded the Nobel Peace Prize on October 13, 2006 for providing the most impoverished with access to credit after they had been systematically refused by traditional banks worried about ever recovering their money. Microcredit can take many forms, but the principle is based on the mutualization of savings and risks. Although it provoked a certain level of interest in the first decades of its diffusion, the most enthusiastic have since become disillusioned.

Economic researchers studying the subject have been confronted with a series of difficulties due to the fact that the impact of microcredit is difficult to measure. For example, it can take years before its influence can be observed. Furthermore, microcredit is especially difficult to measure because there is no requirement to grant these loans. This means that the families who take a microloan out are quite different from those who do not have access to them at all. The families with the ability to take out a microloan already have future projects or the socio-economic capital necessary to be easily integrated into the mechanics of the system. Similarly, microfinance organizations generally choose the locations where they operate carefully in order to achieve their objectives. So, to properly study microcredit, it is necessary to take these selection biases into account.

Inspired by medical sciences, randomized controlled trials (or RCTs) began to be developed in economics in the 2000s and have proven to be effective in reducing this selection bias by randomizing the experimental and control groups3 . Despite its limitations, this approach has since been used in many contexts to quantify the causal impact of microcredit introduced from one village to the next. These studies, notably by recent Nobel Prize winners Esther Duflo and Abhijit Banerjee, have shown that microloans on average have very little effect on an individual’s upward mobility, which consequently leads to skepticism and criticism of microfinance organizations. 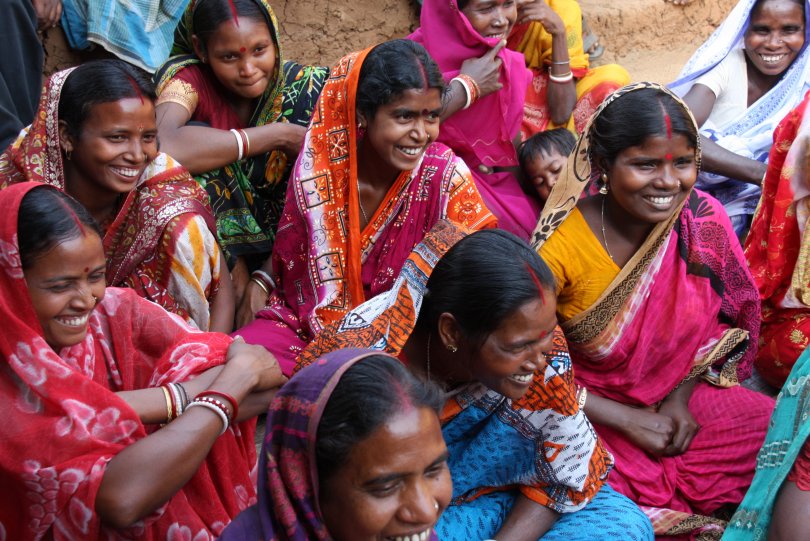 A Multitude of Microcredits

It is difficult to study the impact of microcredit since researchers must consider the diversity of experiences and contexts in which it takes place. SHGs are one way to do so, though other models exist. For example, Rotating Savings and Credit Associations (ROSCAs) are widely used by women in Africa

In this model, women meet on a regular basis and save together. However, this time, the total amount of the money collected is used by each member of the group as they take turns benefiting from it. ROSCAs can exist in the form of an association or as a bank investment. Since microcredit schemes have become widespread, experiences vary greatly. They can be for a group of people or just one individual through a banking organization. The effects of microcredit vary depending on whether the loan has been set up informally or through an NGO or bank. The subject must therefore be studied on a case-by-case basis in order to provide an overview of its impact on the daily lives of families.

Despite being discredited by research and literature in economics, their numbers have continued to grow, and their popularity has not waned, with at least 140 million clients worldwide according to the Microfinance Barometer 2019! In India, SHGs have spread across the country: in 2013, over 60 million Indian households were members of a group and 4.5 million SHGs were accessing large financial loans. So, what is driving so many households to microcredit? Is it really so inefficient?

Schoolchildren Up by 40% Thanks to SHGs!

The economists follow families in Jharkhand villages over six years in three stages during 2004, 2006, and 20095 . This allows them to establish the long-term impacts of the program, unlike previous studies that had purely focused on the short term. And it is precisely this long-term perspective which allows the researchers to observe a positive influence of SHGs on education. For example, in 2009, the program enabled 40% more children in villages benefiting from the SHGs to enroll in secondary schools (12 to 17 years old). They confirm this data by observing an increase in the number of days spent in school and on school expenses. This improvement in schooling is mainly explained by a decline in retention and dropouts. Can these encouraging results also affect child labor? 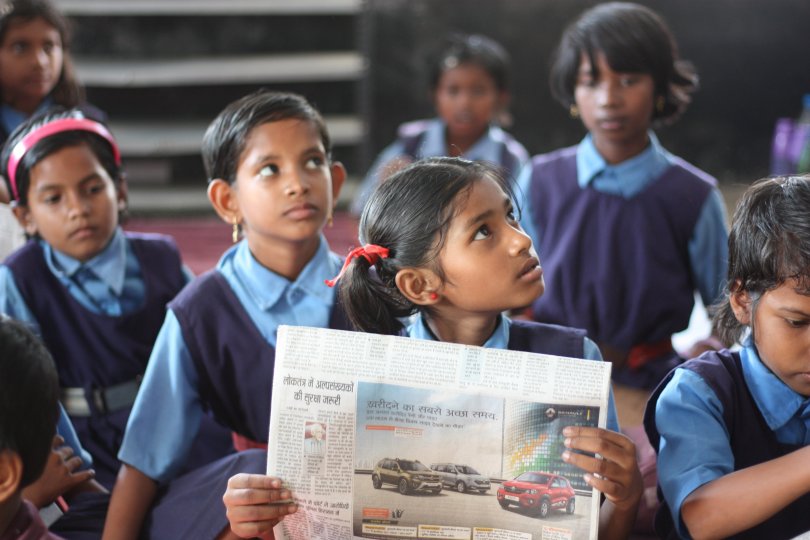 Photo by Jaikishan Pastel on Unsplash.

Although child labor is prohibited in the country, many rural families in India make use of it. Jharkhand is no exception to the rule: in 2004, 70% of the children in the households surveyed were working, for an average of 18 hours per week. 40% of them were engaged in paid activities and the rest in domestic chores.

Can the positive influence of SHGs on education be reflected in child labor? This is what the authors thought since most economists consider school and work as replacements of each other. However, the results are quite mixed. While more children do attend school, there is no decrease in those who are working. In fact, the opposite is true! The probability of working tends to increase with the probability of going to school.

To understand these surprising results, the authors distinguish domestic work (in which children take care of their siblings, animals, or household chores) from paid work outside the home. They demonstrate that paid work is most often replaced by domestic work. Children in school work for shorter periods of time, which are better distributed throughout the week. Domestic work therefore allows them to combine various activities, making it easier to adjust their schedules. In total, between work and school, most schoolchildren work more than 40 hours per week!

This finding demonstrates that the effects of SHGs are difficult to measure. In order to understand how they affect the population, the authors take apart the mechanisms at work. And the results are surprising.

“Credit Has No Direct Impact on Education”

Credit alone does not explain the increase in school enrollment. In fact, in the last survey conducted in 2009, SHG-member families did not take out more loans than non-members.

The loans received are allocated to productive activities and projects meant to generate income. Families do not use this money to finance education directly. The credit can certainly relieve households and indirectly facilitate access to school, but no direct link has been observed. However, the beneficiary villages have a higher enrollment rate than other villages, with 40% more children attending school. So, what explains this change?

SHGs go beyond providing access to credit. They are also gathering places where women meet once a week to discuss the challenges they face in their households or communities. The economists have put forth this “group effect” as a way to explain the increase in school enrollment. Various elements, such as the transmission of information, group pressure, support from academically successful role models, and mutual help for homework and transportation, may also impact this outcome.

“Increasing social interactions within a group has more of an impact on an issue like education than improving access to credit!” 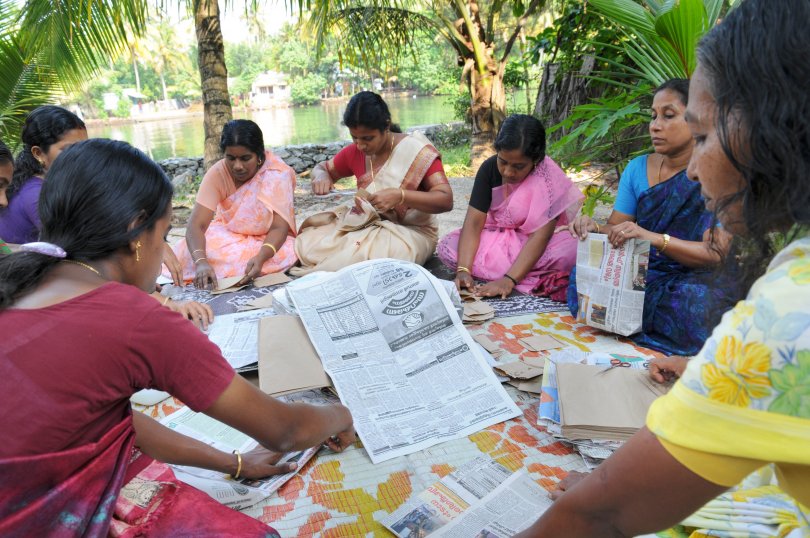 Is a microcredit initiative really necessary if a SHG is enough to produce positive effects on education? According to Timothée Demont, this question opens up future research perspectives. While social interactions may be more important than money in educational choices, we should not forget that the institutional structure itself also influences decisions. Without money at stake, fewer women would likely meet, and their opinions might be less heard within the household.

By financially managing a common pot or obtaining loans, women’s decisions carry more weight. NGOs are targeting women as a priority to rebalance bargaining power within a partnership and promote equality in money management. This is especially true since they are the ones who most often manage decisions concerning the household. But the loan does not only serve this purpose: it also has an incentive effect. Indeed, the time spent within the group is not free; these are hours that the women could invest in productive or paid tasks. Money is therefore a factor of change, except it sometimes plays a role in an area we would not even expect!