Migration, an issue beyond borders 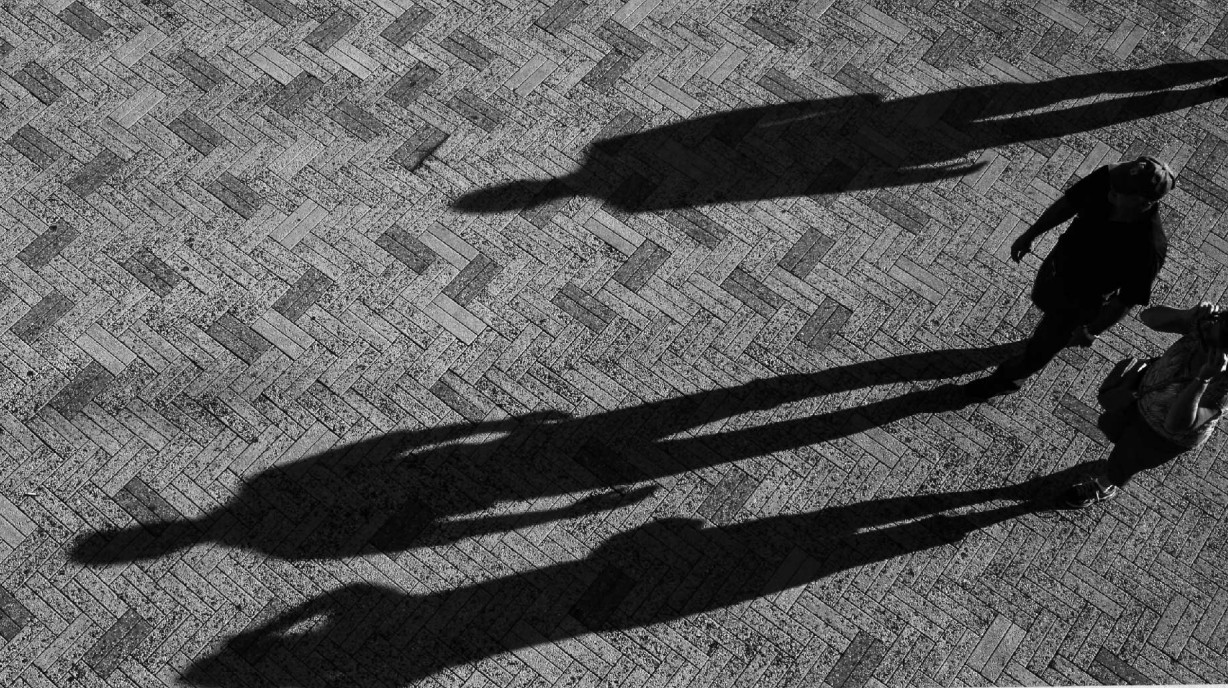 Photo by Matthew Ansley on Unsplash

Hidden behind the migrant are the shortcomings of a coercive state system that has little respect for Human Rights and individual dignity. Readmission has implications going far beyond the migration realm. Jean-Pierre Cassarino draws a parallel between the increasing regulation of migration policies and the gradual deregulation of the labor market.

This article is based on an interview conducted with Jean Pierre Cassarino, “Migration Studies” Chairholder at IMéRA (Aix-Marseille University) and political scientist teaching at the College of Europe (Warsaw).

“Safe countries”, “voluntary return”, “readmission”: international institutions and states do not turn a blind eye to the realities lying behind these euphemisms. Up to 2017, the voluntary return form that IOM asked irregular migrants to sign before going back to their countries of origin stated: “I agree, for myself, as well as for my dependents, heirs and estate, that in the event of personal injury or death during and/or after my participation in the IOM project, neither OIM, nor any other participating agency or government can in any way be held liable or responsible.”

Coercive return procedures raise questions in terms of ethics, democracy and justice. In the case of N.A. v/ Finland, the judgement by the European Court of Human Rights of Strasbourg on 14 November 2019 condemned Finland for violation of articles 2 and 3 of the European Convention on Human Rights. 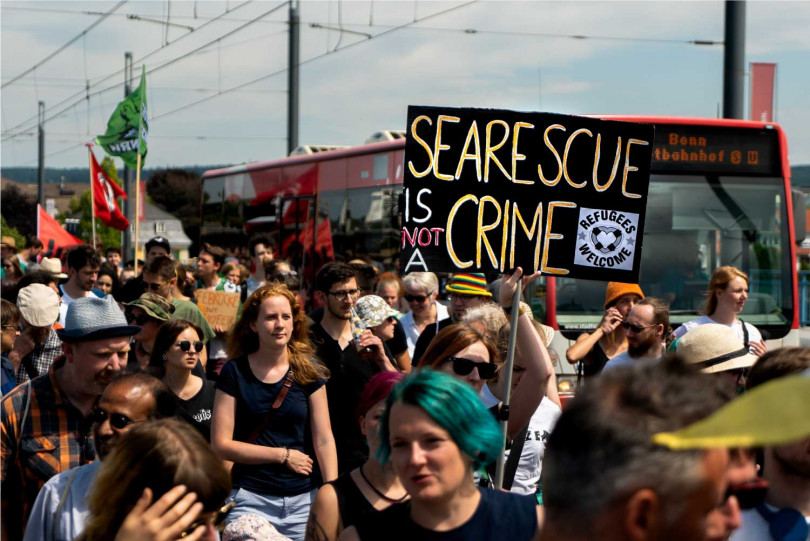 In this case, Finland had rejected the asylum application of an Iraqi in 2017, despite the threats he appeared to be facing in Iraq. He had two options, a choice that is part of the readmission agreements and generally left to irregular migrants: forced or voluntary return. In the first situation, he would remain in detention until his expulsion, handcuffed and escorted by force to Iraq. In the second situation, he would sign a “voluntary return” form and probably have his return ticket paid for. Although he was under serious threat from the Iraqi authorities, he chose “voluntary return” to raise the attention of the authorities and to make his return home as unnoticeable as possible. This was a  “choice” without being a choice, with survival guiding the decision. And if proof was needed that the threats hanging over him were real, a month after his return to Iraq he was executed.

Petitioned by the daughter of the victim, the Court declared that his return had not been “voluntary” but “based on the decisions already taken by the Finnish authorities with a view to his expulsion, and that her father’s death had thus been a consequence of the risk to which he had been exposed by the actions of the Finnish authorities.”

This decision raises questions about the dichotomy between “forced” and “voluntary” return and the extra-legal practices of European states around readmission. The Finland example is certainly not a unique case. The European states have implemented a whole readmission system that sometimes ignores the fundamental rights of migrants and the threats targeting them.

Coercive measures and the authority of the state

The Court of Strasbourg’s ruling offers some hope that the States might fulfill their obligations in terms of protecting fundamental rights. But it is certainly too soon to affirm that methods of managing readmission for irregular migrants are going to change. For now, these practices seem almost too entrenched to budge. Despite the efforts of the European Union to take control of the bilateral mechanisms, the multiplication of readmission procedures at intergovernmental scale is continuing.

The fact is that the widespread use of readmission agreements also illustrates how the state is seeking to strengthen its realm and authority in a globalized context where it has gradually withdrawn from the economy. Targeting the media and public opinion, the state never misses an opportunity to declare its central role in the fight against illegal immigration. This is a way of showing its citizens that it is facing up to the migratory crisis, to this “emergency situation”. These agreements are part of a coercive apparatus that involves sanctions and obligations for migrants (particularly the threat of forced return). Jean-Pierre Cassarino believes the state is affirming its coercive function and regulatory authority even more forcefully because of its disengagement from the economy. To the author, readmission cannot be separated from a deeper reflection on the very meaning of temporary work, of the altered relationships between citizens and the state, and of the social inequalities in contemporary societies. 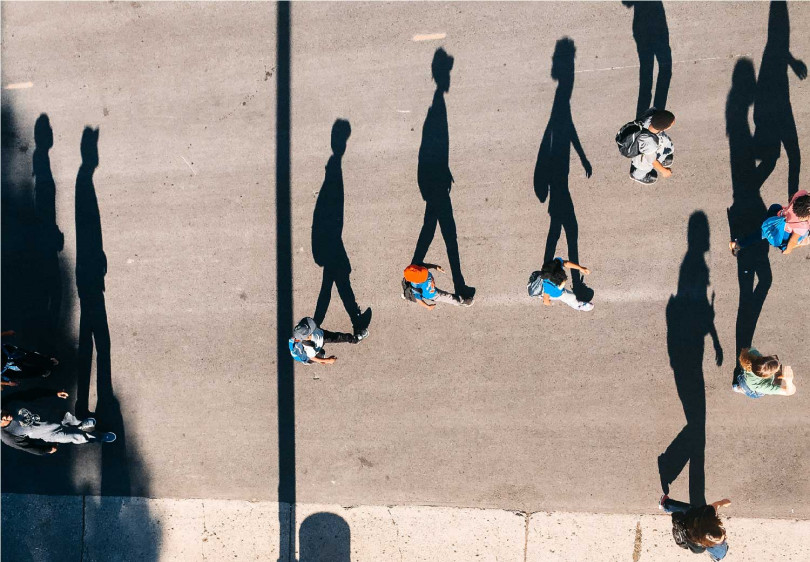 The readmission system has become stronger in parallel with the flexibilization of temporary employment programs for migrant workers. By combining cooperation over readmission with mobility of a foreign workforce, the member states intend to keep the migratory stay essentially temporary. The employment of migrant workers has progressively been given a “temporary and safe” color. In a study on returning Tunisian migrants, Jean-Pierre Cassarino shows that the duration of the migratory cycle has diminished over generations, whether interrupted or incomplete. For regular young Tunisian migrant workers, it is becoming more and more difficult to get professional training, to socialize in the company and to develop skills. This “regulatory” function of the duration of the migratory stay actually reflects the professional uncertainties and vulnerabilities in our contemporary societies.

Interestingly, these trends have gone hand in hand with the deregulation of the labor market and increasing precarity for native workers. Behind the apparent gap in labor conditions between natives and migrants, is there a common destiny? Jean-Pierre Cassarino suggests there is a “continuum” between the circumvented rights of temporary migrant workers and those (also circumvented) of native workers. This line of continuity leads to diverse forms of social and economic expulsion, on both sides of the border.

Jean-Pierre Cassarino calls for “readmission” to be decompartmentalized, taken out of the purely migratory context and included in wider issues like the labor market, access to rights and globalization. This can only be done by getting rid of the prevailing dichotomous thinking that divides people into “natives” and “foreigners”. Once we move beyond these groups, which are usually pitted against each other in political discourse, different dynamics should emerge. Are flexibilization, democratic deficits, measures that curtail freedom only a threat to non-European foreigners?

In Discourse on colonialism, when Césaire establishes a line of continuity between nazism and colonialism, his words still resonate « that it is Nazism, yes, but that before they were its victims, they were its accomplices; that they tolerated that Nazism before it was inflicted on them, that they absolved it, shut their eyes to it, legitimized it, because, until then, it had been applied only to non-European peoples; that they have cultivated that Nazism, that they are responsible for it »

Over and above the migratory demarcation line, there is a line of continuity connecting migrants and non-migrants. By transforming preconceived categories, readmission and the treatment reserved for migrants can be placed at the heart of economic and political issues that concern us all.