Prevention is better than ... getting old? 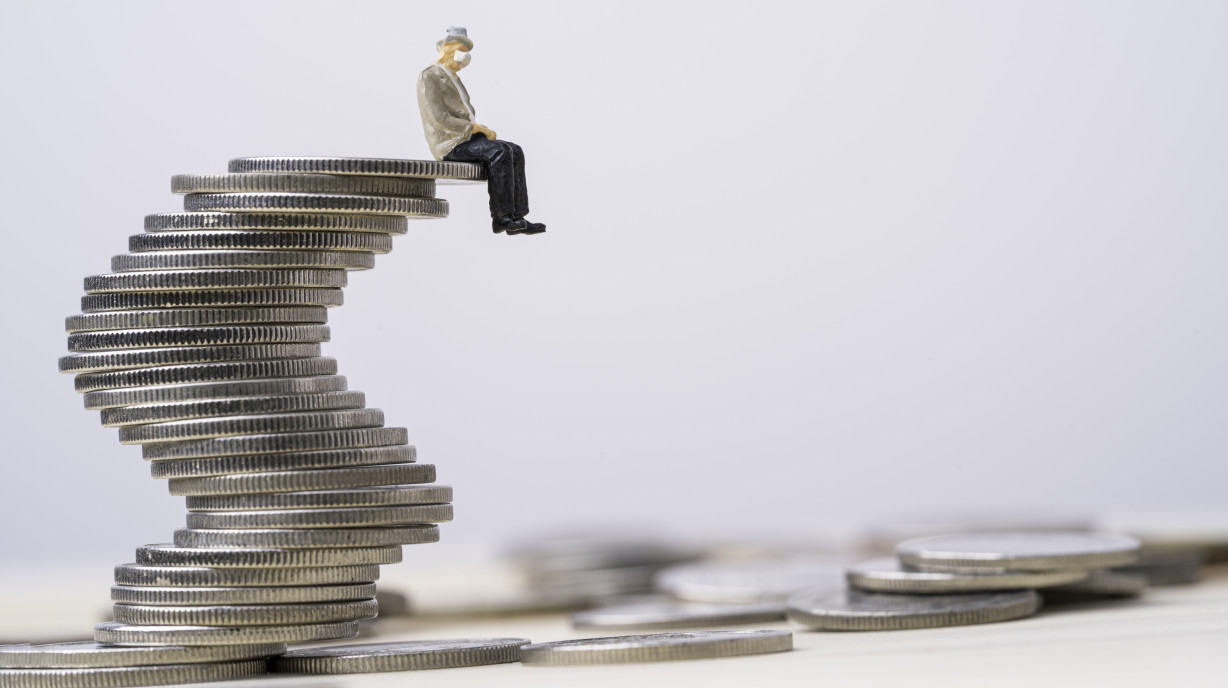 Man sitting on a stack of coins

In 2019, public health expenditure in the European Union amounted to 983 billion euros - 7% of GDP on average. According to a study conducted by researchers Yevgeniy Goryakin, Sophie Thiébaut, Sébastien Cortaredona, Aliénor Lerouge, Michele Cecchini, Andrea Feigl, and Bruno Ventelou, health spending will continue to increase steadily, reaching an estimated figure of between 1223 and 1278 billion euros by 2050.

According to the WHO, aging populations, and increased incidence of cancers, cardiovascular diseases, diabetes, and so on, are the cause of 9 out of 10 deaths in high-income countries. Such non-communicable diseases are at the root of the increase in health spending in Europe.

In 2019, state expenditure on healthcare in the EU amounted to 983 billion euros - an average of 7% of GDP.

The scientists used a projection exercise to calculate these estimates : they 'aged' the European population and, to varying degrees, exposed them "artificially" to the risk factors which represent the greatest dangers known to health today, contributing to the development of non-communicable diseases (cancers, cardiovascular diseases, diabetes, and so on). The goal for the scientists was to assess the economic burden on health systems of behavioral risk factors such as poor diet, tobacco, alcohol, and physical inactivity.

Health spending – continuously on the increase in European countries.

By 2050, the proportion of of the population over 75 years old will be almost double that of today. Optimal living and working conditions favour an increase in life expectancy for the elderly. In France, life expectancy for women will be 89 years in 2050, compared to 85 years in 2018. For men, it will increase from 78 to 84 years old. However, health expenditure increases with the age of a patient, because there is a deterioration in their state of health. In 2015, the average expenditure for a man aged 70 to 74 was almost 8 times higher than that for a man aged 20 to 24.1

In Europe, the portion of a country's GDP devoted to health spending varies from one country to another, and falls under the jurisdiction of the individual member state. In Romania the sum is around 5% while in France, it reaches 11% of GDP, making it one of the most protective European countries in this regard. For each European country, health expenditure is dependent on the political decisions made by the government in office. Too low or too high? Opinions differ on this subject. In France, a public health insurance scheme known as the 'Securite Sociale' finances almost three-quarters of the cost of medical goods and services for the general population, and is funded 90 percent by contributions and taxes levied on the working population . In other countries, other models prevail: in Bulgaria, for example, the health system depends as much on private as on public sources - the latter providing 50% of the funds employed.

According to doctors, public health specialists, and epidemiological researchers, the increase in health spending will depend on the exposure of populations to risk factors (poor diet, smoking, alcohol consumption, and so on), all of which will contribute to a continued augmentation in the number of patients suffering from non-communicable diseases.

Cardiovascular and endocrine diseases, cancers, respiratory disorders, and mental health problems, exert considerable financial pressure on European healthcare systems. These diseases, which affect the elderly in particular, have generally been brought about by risky behavior. 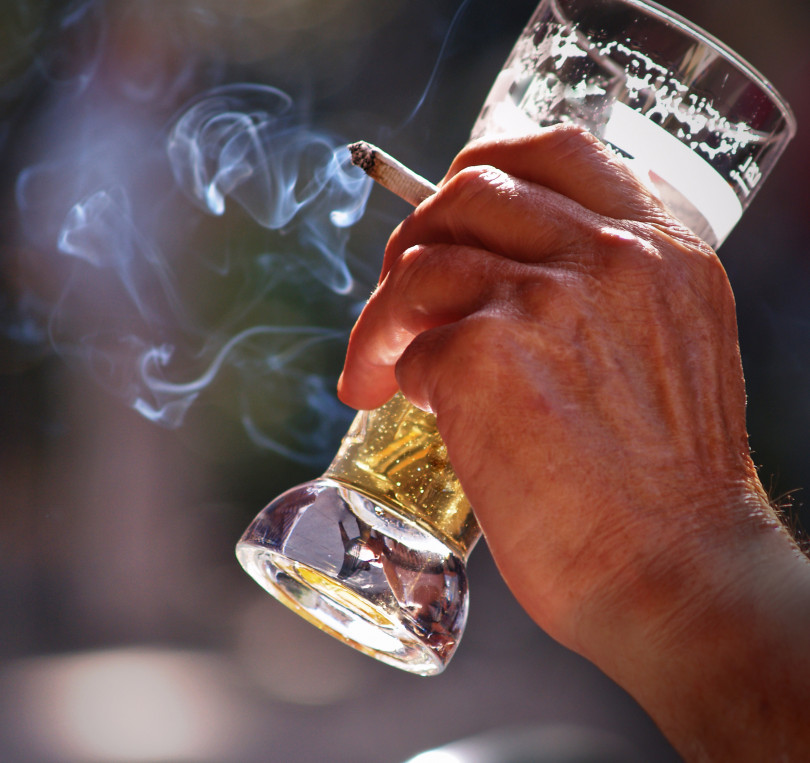 Photo by Byuros on AdobeStock

For example, diagnoses of diabetes are often established in patients who have a history of obesity. Yet, at present, 1/6 of the European population is obese. The risks of individual behaviors such as poor diet, smoking, and alcoholism are well-documented. Such factors multiply the probability of patients developing non-communicable pathologies. One solution for reducing healthcare costs would be, then, to minimise these risk factors and the behaviours associated with these risks.

Health spending by 2050: a steep bill for European member states

In their study, the scientists calculate the projected cost of healthcare in 2050. The objective of exploring the future in this way is to help predict future patterns in public expenditure, and estimate the impact on the public purse in Europe.

To do this, three scenarios were established by the researchers, each proposing a different “exposure to risk factors”. In practice, individual aging trajectories were calculated via computer simulation by varying the exposure of risk for each individual's “artificial” future; this is known as an in silico simulation. In other words, researchers are interested by behavioral factors such as smoking, poor diet, alcoholism, and physical inactivity, all of which promote the development of non-communicable diseases.

To imagine the situation in 2050, the study presents the best- and worst-case scenarios based on concrete national cases in Europe. For example, in the best-case scenario, economists consider that the behaviors of individuals from all over Europe will converge towards those of the currently ‘most virtuous’ country, with relation to a given behavior.

According to the study's authors, in a pessimistic forecast, healthcare spending is expected to reach 1.278 billion euros in 2050. Conversely, a more optimistic forecast predicts that moderating the rise in risk factors would result in expenditure being around 10% lower, which is not actually a great difference overall.

The results show that a variation in exposure to risk factors has a fairly low financial impact on the health system. A possible solution for reducing health expenditure might be to minimise the risk factors, and thus the behaviours associated with these risks. On the contrary, the study shows that in the future, the lion's share of health expenditure will be dedicated to paying for the ageing population, and this proportion will continue to increase.

One of the important aspects of the study is to consider the effect of "competing diseases". Although the number of cases of a given non-communicable disease may decrease, ageing may bring about another disease which will unfortunately “replace” the original one. So a non-smoker may avoid cancer and live longer, but in doing so, they are likely to develop another disease such as diabetes, whose sufferers have a much longer life expectancy. In the end, this could weigh on the health system in equal measure.

This of course does not render risk prevention policies any less valuable in ensuring well-being for European populations.

What will be the financial impact on the health system of the Covid-19 health crisis ?

This study was carried out before the Covid-19 epidemic, which is not taken into account in the forecasts. It remains difficult to forecast for now, but we can predict some of the impacts the pandemic may have on public health expenditure.

On the one hand, the pandemic has caused an increase in the death rate of the elderly, who are the main victims of the virus. Therefore, because the elderly are also most vulnerable to non-communicable diseases, and such diseases place a particularly heavy burden on the health system, we may see a drop in public expenditure over the coming few years.

In the short and medium term, however, the costs generated by the epidemic have been colossal. In France, the purchase of masks, reimbursement of screening tests, sick leave, provision of nursing staff, have meant that the figure reached several billion euros in 2020.3

Finally, hospital overcrowding and the decline in the number of general medical visits has led to delayed treatments and screening for chronic disease care. It may be that, as a result, care for treating these illness will be more expensive due to the lack of provision of timely care during the crisis.

Special thanks to Melissa Gavaert for her contribution to this article, in the context of her Bachelor 3 MIASHS internship at Aix-Marseille University.