Protecting and Taking Advantage of Nature: A Paradox? 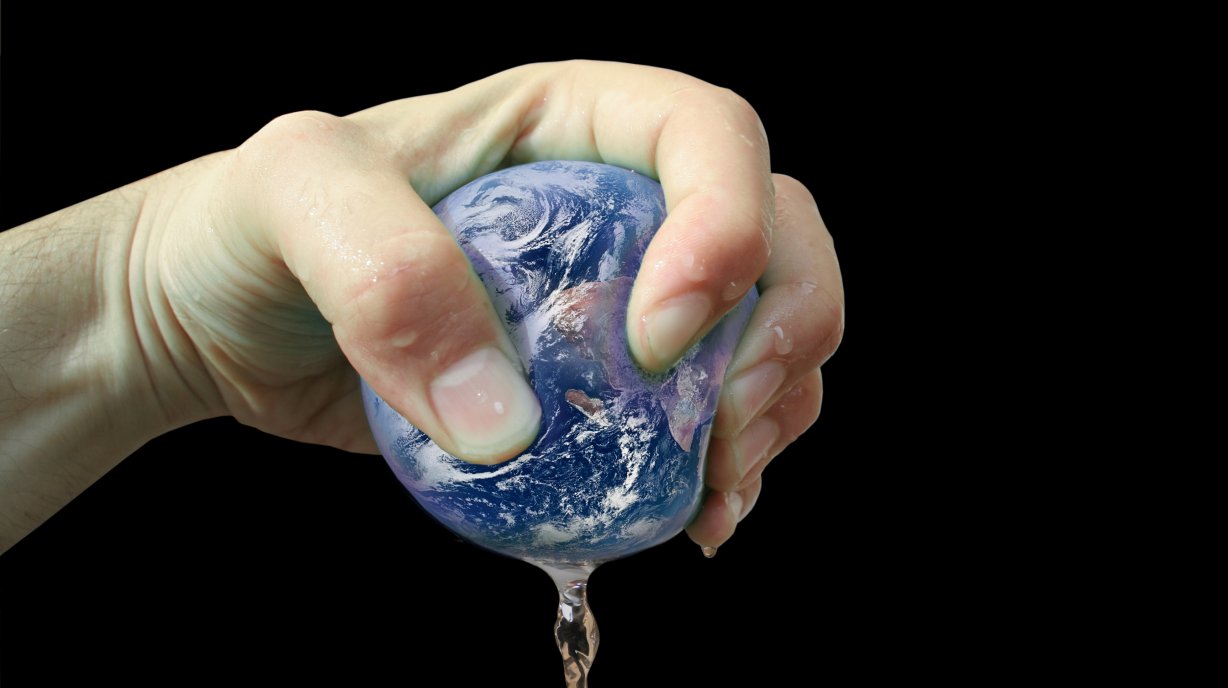 In the current Anthropocene epoch, human economic activities seem increasingly incompatible with nature preservation. In fact, many habitats and species have already paid the price… Researchers Noël Bonneuil and Raouf Boucekkine strive to address this apparent paradox by proposing an approach that combines population genetics and econometrics.

In the 19th century, France was hungry for wood. The Industrial Revolution’s ravenous appetite seemed to have no limits, and land had to be developed to satisfy this insatiable craving.

One of these projects included the forest of Fontainebleau. Regeneration cutting intended to replace the oldest areas of the forest was to be completed by implanting coniferous trees for wood production. Theodore Rousseau and his fellow painters who had formed the Barbizon school (named after a village on the edge of the forest) took a stand against the forest developers in response.

To protest the project, they created paintings which depicted the wild beauty of this “green museum,” gave speeches and press campaigns, and destroyed the newly planted pine trees. Furthermore, the arrival of a railroad in 1839 gave Parisians the chance to discover this land made up of oaks, sand, and boulders.

Finally, in 1853, 624 hectares (1,542 acres) were set aside as an artistic reserve. The land continued to grow, eventually reaching nearly the triple of its original size in 1904. This sanctuary's status even became the subject of an imperial decree on April 13, 1861; this was one of the first pieces of legislation aimed at protecting nature for its aesthetic and landscape value. However, not everyone was happy with this decision, especially the Director-General of Forests Henri Faré, who estimated the losses for France at 300,000 gold francs per year (approximately €600,000 today).

This story is an uncomfortable nod to the clash between economic interests and nature preservation. It has been repeated over time with other situations such as the O'Shaughnessy Dam, the Vanoise affair, and, more recently, the Montagne d'Or project. But are these concerns truly incompatible? Is it possible to find harmony between economics and biodiversity?

The Mysterious Notion of Biodiversity

In order to better understand the challenges regarding biodiversity exploitation and preservation, we must define what it is. The various and often obscure definitions available allow us to identify biodiversity as an interdependent trio made up of species, genes, and their environment 1 . Each component is reliant upon the other: biodiversity simply cannot be studied or protected if one of these elements is missing. The Intergovernmental Science-Policy Platform on Biodiversity and Ecosystem Services (IPBES)—which is the equivalent of the IPCC for biodiversity—has observed that the increase of threatened species (around an estimated one million) is directly linked to the decrease of species diversity2 .

Biodiversity and the Recent Emergence of the Word

Resulting from the fusion of the words “diversity” and “biological” in the 1980s, the term biodiversity took off in 1992 at the United Nations Conference on Environment and Development in Rio de Janeiro. Nature protection has since become a framework of biodiversity.

Biodiversity and the Recent Emergence of the Word

Why should we preserve biodiversity? If we set aside the discourse from states and actors for preservation, the first answer would be that a properly functioning environment is vital for our food, our health, and even the economy. It provides a wealth of services that take form in the pollination of our crops, the stabilization of soil through plants, the production of molecules for the medical industry, and the gene development of agricultural varieties to mitigate global warming.

There would be major consequences that would follow the degradation of biodiversity and what is known as its ecosystem services. Over the years, economists have made great efforts to evaluate what these consequences would entail. In a controversial study from 1997, the economist Robert Costanza estimated that ecosystem services are valued between $16,000 and $54,000 billion dollars per year3 . More recently, the international initiative The Economics of Ecosystems and Biodiversity, TEEB, estimates that the lack of action for ecosystem preservation from the years 2000 to 2010 has cost a total of $545 billion.

This economic approach to nature can even be found in the discourse of international organizations like the United Nations. The UN Chief Economist Elliot Carlton Harris declared in 20214 :

“If we put a value on nature, then we can measure it. If we measure it, we can manage it. If we manage the value, we avoid destroying it.” 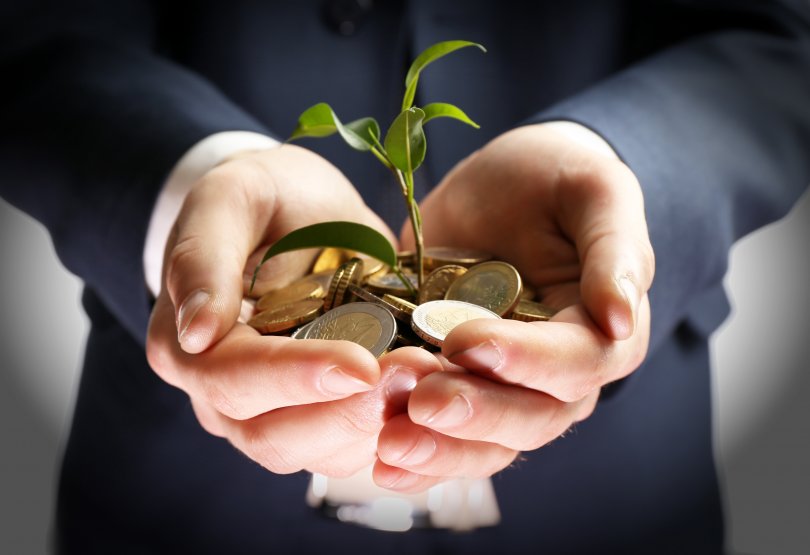 Economics: A Helping Hand or Hindrance for Biodiversity?

Economics is the science of choice. A large portion of the research within this scientific discipline is to establish criteria that would make choices possible. So, it is no surprise that economists are interested in choices regarding nature conservation strategy.

Environmental economist Martin L. Weitzman maintained that the economic approach must be applied so we can better understand the challenges of nature protection and consequently develop appropriate solutions.

To illustrate his point, he produced a 1993 publication on crane conservation. In this thought experiment, each of the sixteen crane species is assigned a survival rate. For example, sandhill cranes have an incredibly high survival rate, whereas whooping cranes has a much lower survival rate. Weitzman therefore believed that biodiversity conservation efforts would have a more significant impact if they focused on sandhill cranes since they have greater genetic diversity. However, he also recognized that because their survival rate is already 99%, it would require a huge amount of effort to increase it.

His work on environmental economics lead him to propose the “Noah’s Ark” model of species preservation in 1997.

Some of the approaches proposed by economists and politicians (and even certain conservationists) to quantify and place value on nature can be somewhat ruthless. Nature is not preserved for its intrinsic beauty or immaterial treasures, but for what it can give us. Reduced to an economic object, biodiversity becomes a set of figures in a spreadsheet governed by the cruel balance of gains and costs that can lead, in the name of preservation, to the sacrifice of species deemed not very “profitable.”

As the debate rages on about the compatibility of nature and economics, demographer and population geneticist Noël Bonneuil and economist Raouf Boucekkine offer another perspective on the subject.

How Do You Balance Economic Interest and Biodiversity?

The researchers chose to develop a simple two-species model of a crop and its parasite in order to examine the challenges regarding the balance between a system’s economic exploitation and biodiversity preservation. 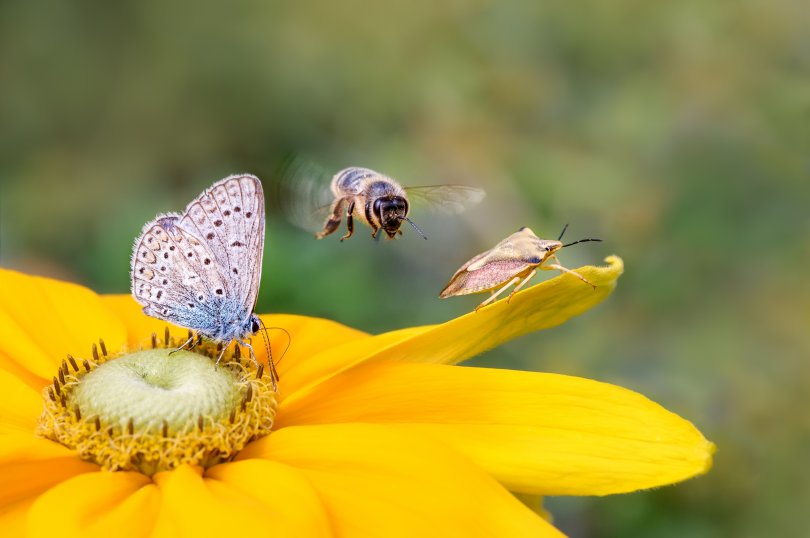 Photo by Kathomenden on Adobe Stock

The balance between production and resistance as well as the balance between infectivity and viability as defined by the researchers is quite common in the living world. Because organisms have limited resources, when one ability emerges or becomes stronger, it is often at the expense of another.

This model has been completed by a particular mathematical framework known as the viability theory. This set of tools makes it possible to define viability kernels (which are the set of states that ensure the “survival” of a system subject to constraints over time). In this case, the first constraint chosen is preserving the entire biodiversity of the system represented by the crop, its parasite, and their alleles.

In order to accommodate the usual criteria of economic rationality, a second type of constraint, the maximization of agricultural income, is added.

This study is unique because it draws from several thematic fields and their tools, with each compensating the others’ respective weaknesses. The viability approach allows us to break past the constraints of economics, like we can see with the hypothesis that a stable environment leads to stationary stability[1]. Genetics do not need to approach any kind of balance for species to coexist. Furthermore, assuming that a species’ adaptive capacities (or fitness) is constant is far from the realities of evolutionary dynamics.

Another remarkable point about this study is its adaptability. The viability approach allows researchers to analyze a large number of criteria. The researcher’s chosen criteria of profit maximization is only one among many. The approach’s versatility allows it to be replaced by completely different criteria, such as the quality of agricultural production or its water consumption. As a result, this opens the door for the developed approach to be applied to other situations.

The work carried out by Noël Bonneuil and Raouf Boucekkine is a further step towards developing concrete approaches and economic models that are no longer based on the exploitation of nature and instead embrace those that work hand in hand with it.