Rental and eviction: a question of social connections? 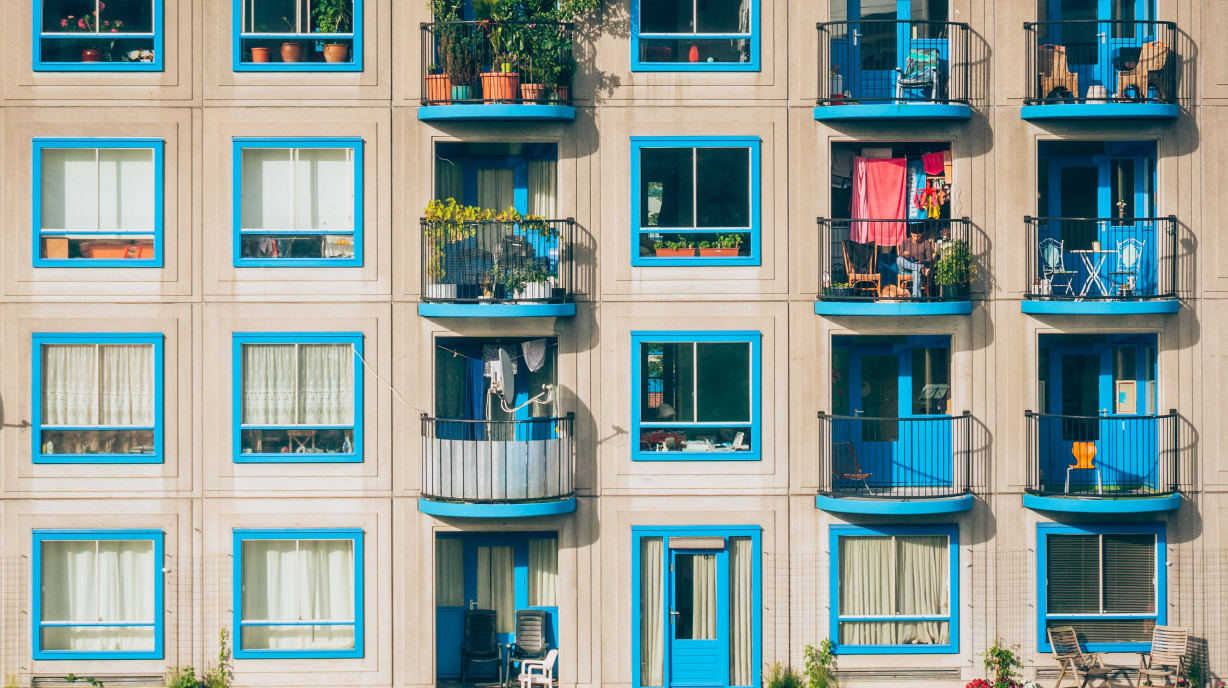 Renting an apartment is not always an easy task. Between providing the numerous necessary documents and navigating a competitive rental market, finding a home sometimes becomes a matter of social connections and knowing the right person. It is possible that this problem is linked to the cumbersome legal proceedings necessary for eviction in the case of non-payment of rent by tenants. Eviction procedures can be long and extremely costly, particularly in countries where people have strong ties with family and friends, such as in southern Europe. This correlation is subject to analysis by Antoine Bonleu.

In a song called 'In my social housing block' ("Dans mon HLM"), the french singer Renaud describes a group of people living on the 2nd floor of the residence:

"On the second floor of my housing block
There's a bunch of louts,
Six to eight of them,
Living in two rooms,
They never pay their rent,
And when the bailiffs come round,
They sell their story to the left-wing press”

What is implied here of course is that the ‘bunch of louts’ remains in the accommodation despite unpaid rents. Nevertheless in France, 40% of French households are in rented accommodation, a proportion which has remained fairly stable since the 1980s.1  Although in the private rental sector (as opposed to the social housing sector) non-payment of rent is grounds for eviction, this does not necessarily mean that evicting problem tenants is easy. Indeed, the eviction process is long, complicated, and expensive. An eviction can last on average 226 days, involving a bailiff, a judge, and the local police force, and can take more than a year if scheduled during the winter 'amnesty period,' when evictions cannot take place in France.2 Such regulations, imposed by law to enable landlords to evict tenants for non-payment of rent, are known as 'procedural formalism' and can vary enormously according to the country.

How should non-paying tenants be handled?

In southern Europe, the level of procedural formalism is often high: an eviction procedure can last, for example, 630 days on average in Italy. In northern Europe, the process tends to be shorter by comparison. In the UK, it takes an average of 115 days. By way of such regulations, landlords assume the role of insurer for the life risks of their tenants. Tenants are protected in case of non-payment of rent, which is inversely proportional to the costs borne by the owners, along with uncollected rents and legal costs. To cite an example, a French landlord would lose an average of 226 days of rent in addition to legal costs, in the event of litigation. 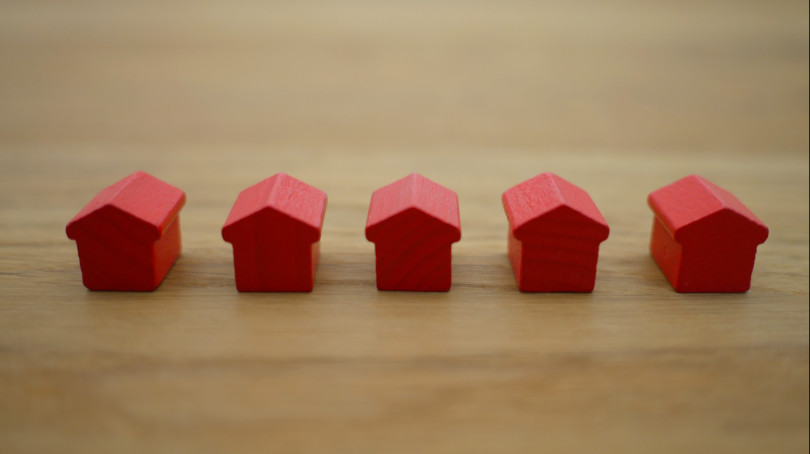 Photo by Tierra Mallorca on unsplash

In addition to the fact that these regulations lead property owners to integrate the costs into rental charges, they also lead to the owners being considerably more selective in their choice of tenants. Anyone hoping to find rented accommodation in France is required to provide a range of documents, especially in areas like Paris where the rental market is tight. These documents include details of guarantors, proof of a high income, and so on. Finding an apartment in Paris without a permanent work contract may not be a miracle, but it will seem like one to many. According to a survey by UFC-Que Choisir (the French equivalent of Which? Magazine), potential tenants are asked by rental agencies in 62% of cases to provide documents such as proof of employment, a request which is in fact illegal.3 One of the consequences of a high level of procedural formalism is, therefore, elevated difficulty in finding rental accommodation.

Despite this, any attempt to relax these rules is very unpopular and can prove complicated. In France, a compulsory rental insurance initially designed to transfer the cost of rental risks from the landlord to society at large, known as the Universal Rental Guarantee (La Garantie Universelle des Loyers), was abandoned in favour of the optional Visale system. The economist Antoine Bonleu has noticed a correlation between procedural formalism and people's social networks. Indeed, in OECD (Organization for Economic Cooperation and Development) countries where individuals have strong social relationships – be they with family, friends, or neighbours – it takes longer to evict a tenant than in other countries, and the question is, is there is a link between the two? Bonleu proffers a theoretical model studying the advantages of long and costly eviction procedures for people integrated into an important social network.

Does favouritism exist in the rental market?

The wider someone's social group, the more likely it is that they know a property owner looking for tenants: finding an apartment then becomes much easier. Antoine Bonleu shows that with all other things being equal (level of qualifications, employment contract, etc.), owners tend to choose a tenant from their social circle because they will be able to avoid costs linked to procedural formalism in the case of a dispute. Indeed, if a tenant does not pay his rent but is known to the owner, the latter is less likely to take the case to court. A landlord is more likely to resolve the issue amicably without resorting to official means. Nonetheless, such disputes are not without their costs: they can lead to a deterioration in relationships between those involved, or to other problems, even violence. In other words, if resolving the conflict is more costly by the legal route than via the social circle, landlords would prefer to rent their properties out to people within their network.

Those with a wide network of social connections are therefore inclined to favour high levels of procedural formalism for the rental market, because this will work to their advantage when they are looking for a rental property. If we imagine that all the potential tenants for a rental offering are waiting in line, and the candidate with the best economic characteristics (a permanent employment contract, high salary, guarantors, and so on) will get the apartment, having a lot of social connections will enable a candidate to jump ahead several places in the line. 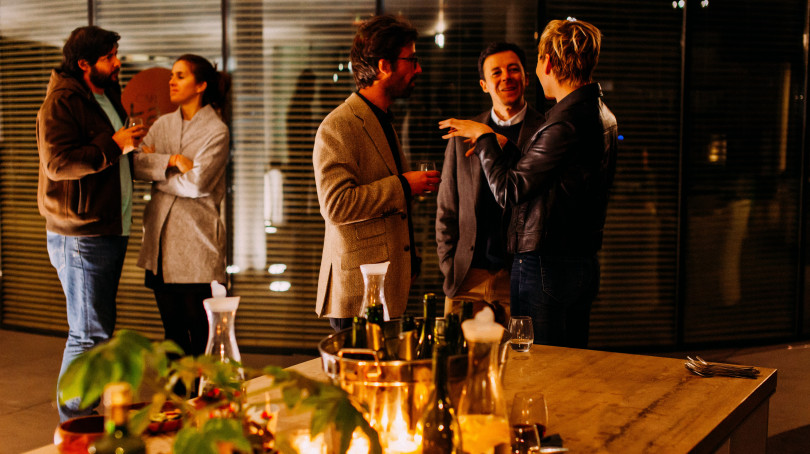 Photo by Antenna on unsplash

Thus – and again, all things being equal – it makes sense to prioritise renting one's property out to someone from one’s social circle. Yet the effect is amplified if, between the candidates, the one from inside the circle is less eligible (having a short-term employment contract rather than a permanent contract, for example) than the candidate who is unknown to us. In this case, high levels of procedural formalism are even more advantageous for people with a large number of social ties.

Obviously, this is only one possible explanation for the correlation between social ties and procedural formalism. Other explanations are possible for this phenomenon, as this is still a theoretical model. For example, people with larger social networks tend to be more risk-averse. Van der Velde4  showed that in countries where family ties are stronger, the vast majority of children leave their parents' home only when they get married. Such behaviour could indicate a need for security: individuals only leave their parental home for safe and highly-regulated accommodation. Antoine Bonleu cannot exclude this explanation. However, many studies have shown that non-local individuals are discriminated against in the private rental market in favour of local individuals, and that the latter regularly use their networks to gain access to rental properties. So, who are the losers when it come to high levels of procedural formalism?

People who have no connections in the place where they are seeking accommodation are disadvantaged by high levels of procedural formalism. Such legislation causes non-local people to be at a disadvantage. In France, for example, rental properties are more likely to be occupied by locals. Often foreigners will have to rely on social housing services (which function according to different rules) to be able to find accommodation. Thus, in 2013, according to INSEE (The National Institute of Statistics and Economic Studies), 50% of households from North Africa were tenants in the social sector, against 15% for households who had not experienced migration.5 Such observations reveal the difference in access to the rental market from household to household, and potential discrimination against non-local individuals in favor of local people benefiting from an extended social circle.

These stylized facts are consistent with the model described in the article by Antoine Bonleu: in countries with significant regulation, there is an incentive to rent to locals because it is the most economically profitable choice. For local individuals with extensive social networks, procedural formalism is a way of encouraging owners belonging to their network to choose them as a priority. It is also a convenient way to cover up discrimination exercised by landlords. These practices are all the more serviceable in areas where the rental market is tight, such as in Paris. When demand outstrips supply, landlords have more influence in their choice of tenants. In the words of Francis Lalanne, “This could be the house of happiness, so I'll take it, even if the rent is high".6 For his sake, we hope he knows the landlord.