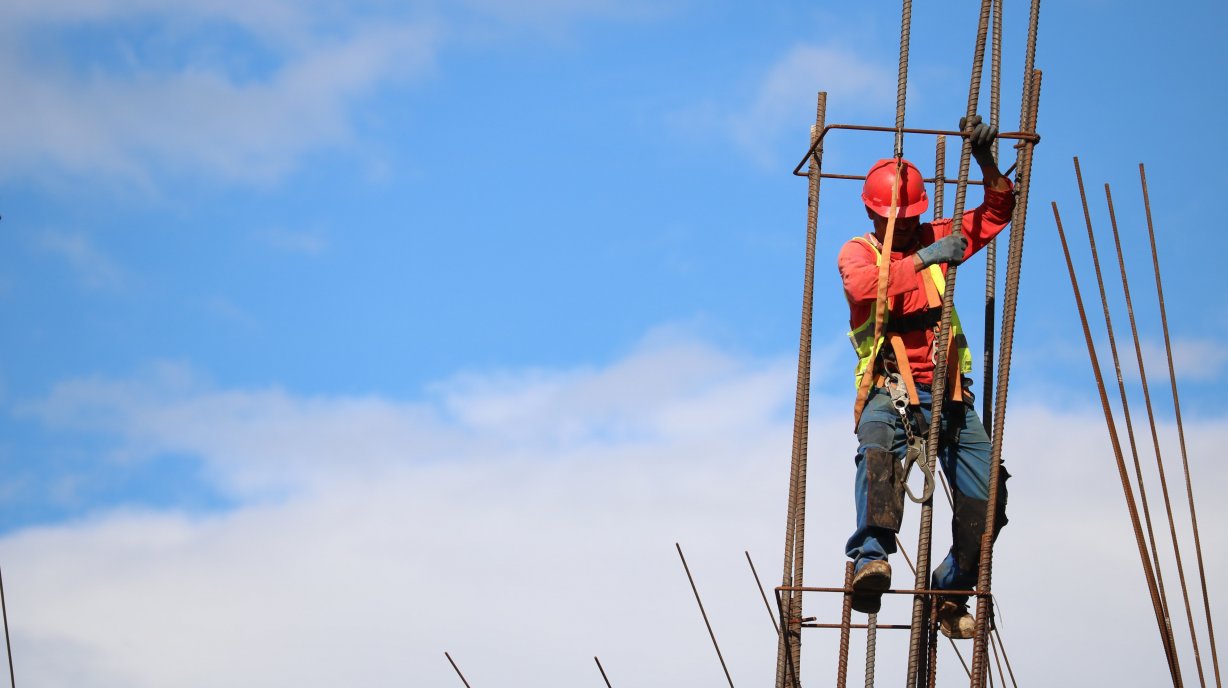 Not all is equal between natives and immigrants in the labor market. Beyond wage differences, immigrants also tend to work in more dangerous jobs and face difficult working conditions. According to the economist Eva Moreno Galbis, this difference can be partially explained by outside employment opportunities and preferences driven by socio-demographic characteristics.

Compared to French-born natives, immigrant workers1  are confronted with more professional risks and employed in sectors more prone to professional accidents. The risks associated with undeclared work (such as its illegal status, instability, and lack of protection) are no secret. However, even within the formal sector, immigrants occupy positions that are a true challenge within the social, health, and economic sphere.

“The more strenuous the working conditions are, and the more difficult the job is to fill, the more likely it is that the work is performed by an immigrant,” reads a report by the French Directorate for Research, Studies, and Statistics (DARES). According to this July 2021 study, the majority of immigrants are employed in risky positions. These jobs are physically strenuous, fast-paced, and/or repetitive. Often, they require individuals to work during national holidays or offer unstable hours. Immigrants also tend to work more often in occupations “facing recruitment difficulties.”

In France, 62% of professional injuries concern manual workers. On average, 33% of immigrants are manual workers. If we only count immigrant men, this proportion rises to 50%. Immigrants overwhelmingly represent the population of individuals working manual positions, which explains why a greater proportion of immigrants are subject to work accidents compared to natives. According to the 2021 study carried out by the DARES, even though immigrants represent only 10% of France’s population, they account for 39% of all domestic employees, 28% of all security guards, and 27% of all non-qualified construction and mining workers. 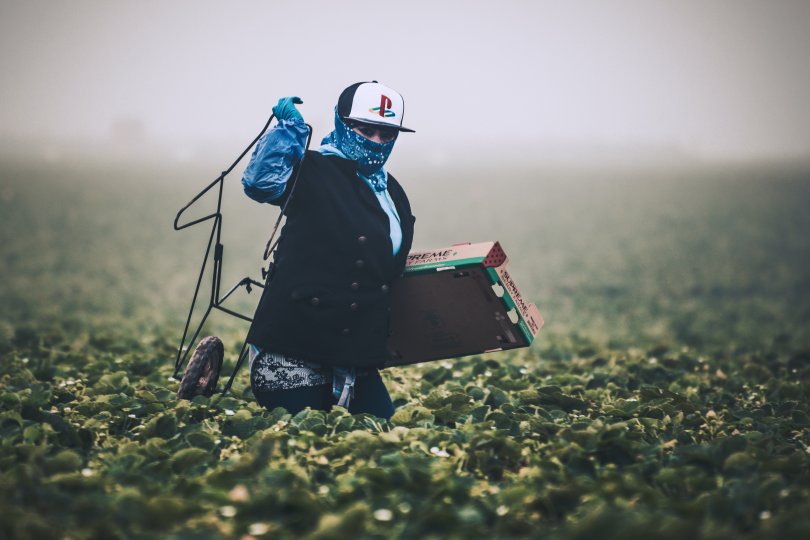 To understand why immigrants are more likely to work in these types of high-risk occupations, economists lay out a few explanations. First, immigrants’ perception of risk could be different than that of natives because working conditions within their home countries are more difficult. Furthermore, they may lack the education, social or cultural capital, or linguistic abilities to be fully informed about the risks associated with a particular job. Eva Moreno Galbis proposes other reasons why this difference could be explained.

Minimum Wage and Working Conditions: The Difference Between French-born Natives and Immigrants 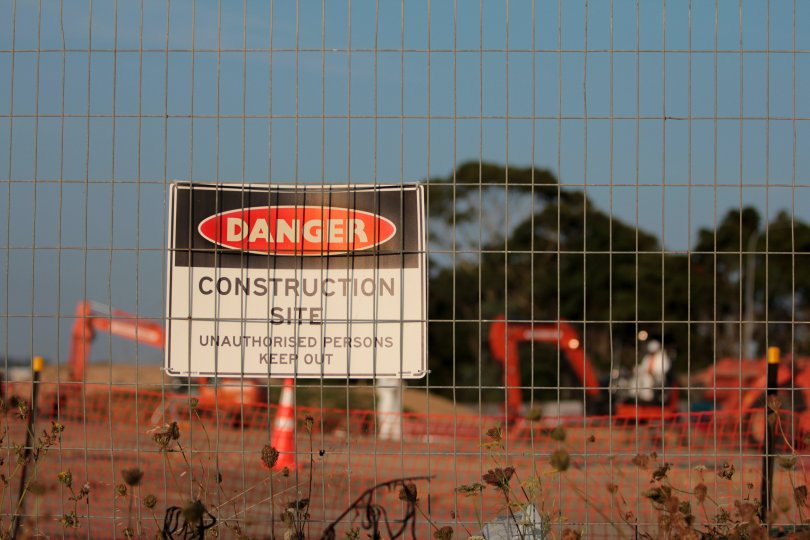 Eva Moreno Galbis exploits data from the French Labor Force Survey 2003 -2012, the French National Health Insurance Fund for Employed Workers regarding work accidents and occupational diseases, and data on social housing provided by the French rental housing directory of social landlords. From this, she examines how outside employment opportunities and differences in preference for working conditions between immigrants and natives influence wage rigidity.

Are We All Equal in Terms of Personal Resources and Preferences?

To understand the impact of outside employment opportunities, the researcher analyzed non-earned income. This is often quite different between immigrants and natives. Immigrants’ access to the labor market upon arrival in France is restricted due to various factors, among them a limited social network or unrecognized education accreditation. Furthermore, immigrants often do not have access to unemployment benefits or social insurance like natives do. Consequently, they have less non-earned income than natives. This may lead them to accept more dangerous jobs. Due to their low non-earned income, bargaining for pay and working conditions may be of less importance to immigrants than natives, leading them to accept a much larger range of working conditions. The author studied whether an individual was a homeowner2 , received social insurance, and/or benefitted from social housing to determine their non-earned income.

This first analysis demonstrates that the higher an individual's non-earned income is, the better working conditions they obtain. A greater bargaining position leads workers to have higher expectations. Therefore, if immigrants have greater outside employment opportunities than natives, they too benefit from better working conditions. However, French-born natives overall have higher non-earned income, which explains why they benefit from better working conditions on average. Yet when both groups have low non-earned income, there is nevertheless a greater proportion of immigrants employed in dangerous professions than natives. This gap between the two is even greater if the position is minimum wage. Therefore, other factors, such as differences between preferences, further explain this gap.

These preferences can be analyzed by studying an individual’s sociodemographics (such as age, sex, number of children, etc.). To understand how these characteristics might explain the differences between natives and immigrants, the author performs a counterfactual analysis. She uses a statistical tool to assign both immigrants and natives the same sociodemographic profile. When immigrants and natives have the same  sociodemographic characteristics, the differences in working conditions disappear—but only for those with high non-earned income. When it comes to people with fewer outside employment opportunities, immigrants are more likely to work in high-risk occupations, even when they share the same sociodemographic profile as natives (and therefore have similar preferences). Preferences therefore play a role, but they do not fully explain the difference in working conditions.

Beyond the economic analysis provided by Eva Moreno Galbis, other obstacles can be considered. From a legal perspective, immigrants cannot access all jobs. They are unable to work in a large portion of sectors, primarily within white-collar positions. For example, it is quite difficult for non-European foreigners to practice law. In most cases, for positions within the private sector or for professions like nurse or midwife only European diplomas are recognized. Furthermore, it is difficult for individuals outside of the European Union to work as civil servants, and they can only be hired as contractual or substitute workers. 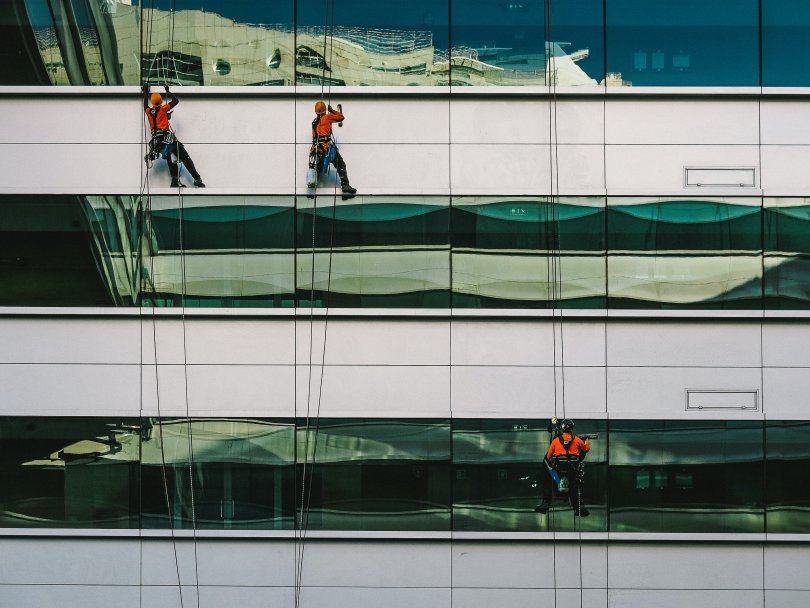 In every case, non-European foreigners must possess a work permit. Oftentimes, the current situation of the labor market affects whether this will be granted. If unemployment is too high, administrative offices can refuse to process the request. Furthermore, the long administrative process associated with such recruitment does not encourage employees to hire foreigners.

Fortunately, the process to obtain authorization has recently been simplified and digitized. Furthermore, the list of occupations “facing recruitment difficulties”3  was updated in April 2021. However, once again, most of these positions are difficult or high-risk: auto body mechanic, plumber, butcher, construction supervisor, etc. Therefore, for a foreigner to access certain jobs with better working conditions, French citizenship is required.

These restrictions do not apply to immigrants from the European Union. Foreigners from the EU can work in a multitude of fields, save for a few positions in which State sovereignty is involved such as the police force or military. Eva Moreno Galbis’ study reveals that working conditions for European citizens do not differ much from those of French-born natives. It further demonstrates that the more time an immigrant spends on French territory, the more their outside employment opportunities and preferences (and therefore working conditions) reflect those of a native. 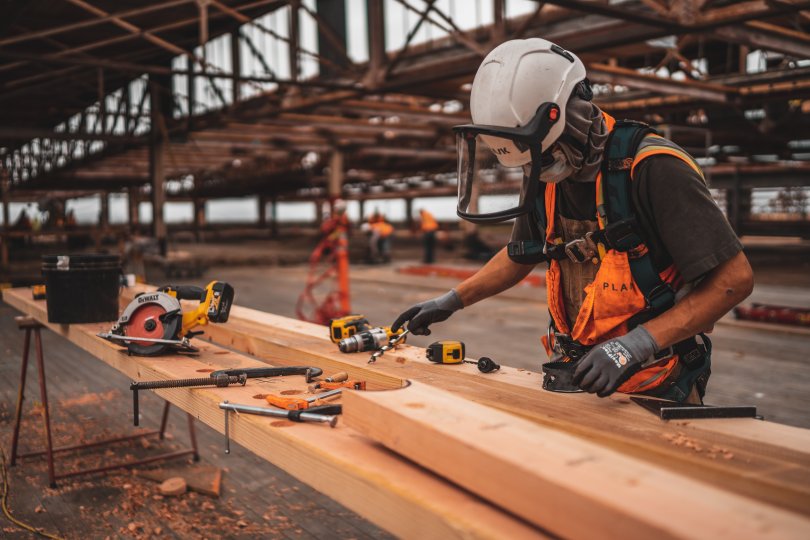 Photo by Jeriden Villegas on Unsplash

However, according to the survey conducted by the DARES, this similarity is not across the board. Portuguese-born immigrants most often work in sectors far different from the sectors in which natives are employed (in fact, 38% of them, according to the DARES). Vocational specialization therefore varies according to an immigrant’s sociodemographics as well as their country of origin. Portuguese immigrants (who make up 12% of all immigrants in France) primarily work in construction or personal care services, whereas immigrants from Algeria, Morocco, and Tunisia (27%) primarily work as security guards, maintenance workers, drivers, or construction workers. Furthermore, the majority of immigrants from Asia (who make up 16% of the immigrant population) primarily work in the service or textile industry. An immigrant’s country of origin plays a major role in their career, consequently reinforcing the stereotypes associated with each nationality.

An Outcry Against Minimum Wage

Eva Moreno Galbis’ article leads us to think about work inequalities between immigrants and natives. Moreover, it reveals the little-known consequences of the minimum wage. A guaranteed minimum wage gives employers less bargaining power and only allows them to negotiate working conditions by modifying the pace of work, its hours, safety standards, etc.

Though we often analyze the consequences of an increase in minimum wage on unemployment, we rarely study its effects on working conditions. However, thanks to her study, Eva Moreno Galbis reveals that the gap between the working conditions of immigrants and natives becomes even wider among minimum wage employees. An increased minimum wage therefore increases the risky nature of the position by making working conditions the only element of bargaining for employers when they hire unskilled workers. In addition to the human and social costs that this entails, the author reminds us that there is an economic cost to managing accidents and illnesses associated with professional risks. In the end, these must be considered when discussing the minimum wage.