Security: Who Benefits from the Fight Against Crime? 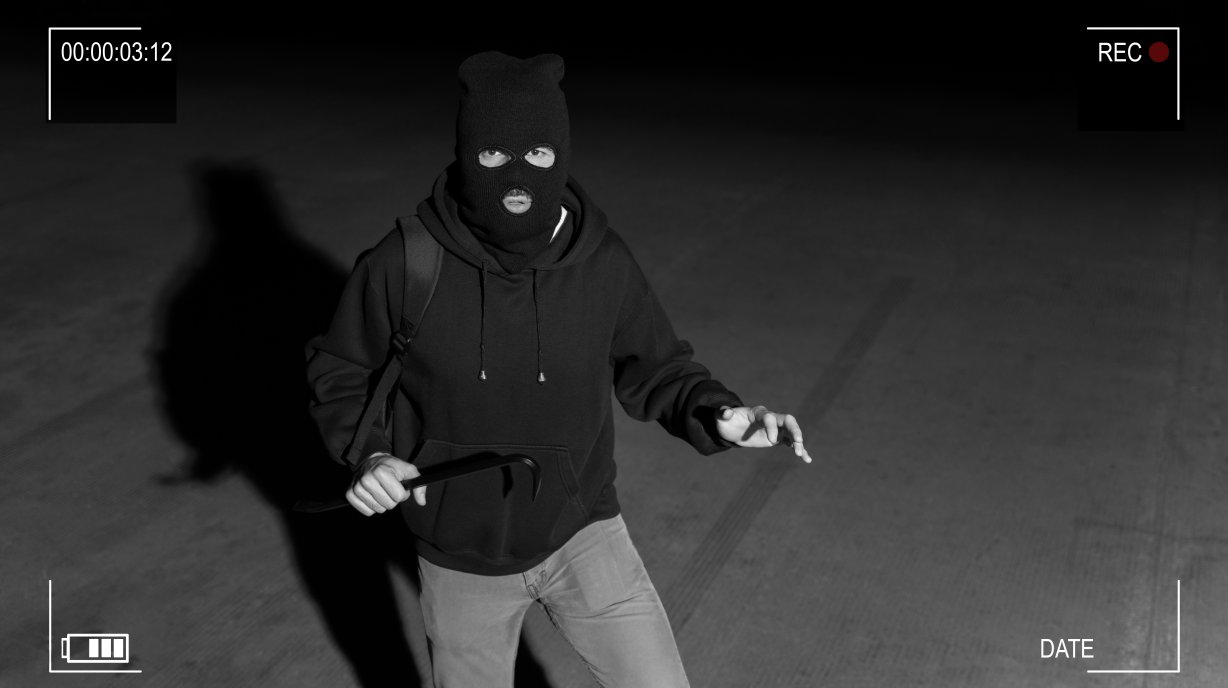 In the fight against crime, private and public actors in security and protection work hand in hand. What good would a security camera do if it were not connected to a local police station? Are the police more useful to people who have cameras? The researchers Tanguy van Ypersele, Steeve Mongrain, Joanne Roberts, and Ross Hickey came up with a model that analyzes the link between public and private security.

On November 25, 2019, at 5:00am, six men broke into the Dresden Museum and disabled the security alarm. In just a few minutes, they stole several 18th century jewels valued at €113 million. Alerted by two security guards, the police arrived too late to the scene of the crime. To this day, the loot has not been recovered.

What is the point of an alarm if its trigger does not bring the police to react? While we often think police forces are the only ones responsible for providing protection to all, they oftentimes rely on private security devices to ensure optimal service (and vice versa!). This cooperation between public and private protection piqued the interest of the economists Tanguy van Ypersele, Steeve Mongrain, Joanne Roberts, and Ross Hickey.

A Model for Crime

In France, a burglar spends on average between six to ten minutes inside a building. The more time spent within a household equates to greater benefit drawn from the crime. Beyond the amount of time spent within a home, a burglar’s benefit and risk depend on the presence—or absence—of a home security system. The average amount of estimated material loss from break-in burglaries within Greater Paris is €6,4001 .

The market for private security services is quite healthy. Alarms, detectors, security guards, bars, video surveillance, smart devices, and more... According to INSEE (the French National Institute of Statistics and Economic Studies), the private security sector earned €7 billion in 2019, with an average yearly increase of 3.6% between 2010 and 2019. For private home surveillance and alarm systems, earnings are today around €466 million. However, this equipment does not necessarily reduce break-ins and burglaries, according to the researchers of this study. This primarily depends on the different consequences that occur from use of this protection.

To better understand the effects of home security systems, the researchers examined an illegal activity: burglaries. Their deep dive into the world of burglary was done via a model on household and criminal behavior.

Three actors are identified in this model: potential burglars, households that invest in private protection, and public security forces. These actors are considered rational, meaning they act logically, reasonably, and with common sense. So, a potential wrongdoer would go for it if the possible gains of breaking into and burglarizing a home overrode the risks encountered. In the same way, a potential victim would invest in a home security system if it sufficiently reduced the risk of break-ins and burglaries. 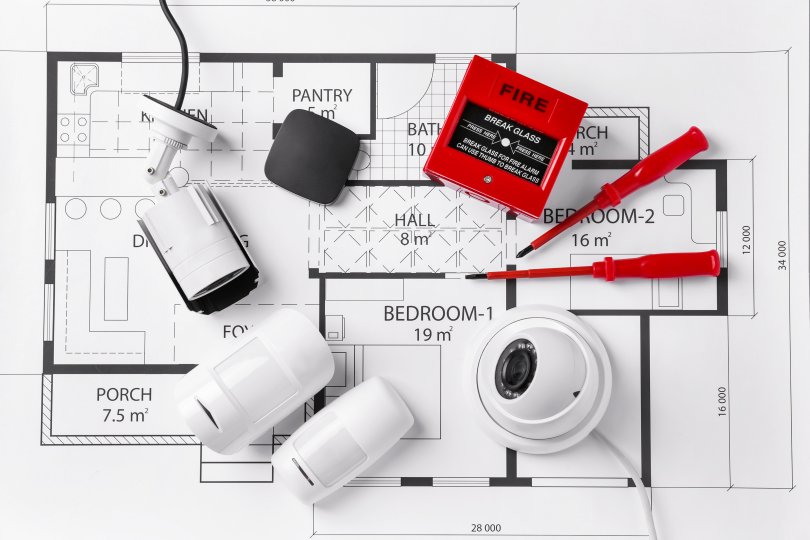 Plan of a home with a set of security devices: cameras, alarms...

Is Security a Public Good?

Home security systems could in some cases cause a diversion. For example, one home’s alarm could lead a burglar to notice the neighboring house that does not have one. The non-equipped home could therefore suffer from its neighbor’s investment in a private security system. This is what economists call negative externality. It could go the other way, too! Security equipment could make burglaries a riskier endeavor and therefore lower a potential burglar’s interest in doing this type of thing. This consequently protects surrounding homes in the area. The number of illegal activities would thus lower overall. Contrary to the previous situation, security systems would lead to positive externality.

Previous work has supported the “crime displacement”2  hypothesis. Following a crime wave in Buenos Aires in 1990, well-off households invested in home security systems to deter break-ins and burglaries. As a result, the criminals’ attention shifted to the poorer population that was less protected.

Security systems that can be seen by potential burglars incite individuals to protect their home. If a burglar does not see this home protection system, the diversion effect disappears, and the reason to protect one’s home becomes minimal. Different types of protection could also complement or substitute national or local police. Bars or locks do not require police intervention and are therefore substitutes for public protection. On the other hand, alarms complement the police, since law enforcement intervention is required for these devices to be effective.

This information has led the researchers to argue that increased public protection is a public good because it reduces burglaries; it also provides a private good by protecting households with alarms from crime. By contrast, private security equipment is a private good, but it also provides a public good because it reduces the benefit of theft through dissuasion. So, in this model, all the variables are connected. Public investment and private protection affect the benefits of burglarizing a household. And the level of benefit households derive in protecting themselves depends on the fixed cost of private protection as well as public investment in protection. 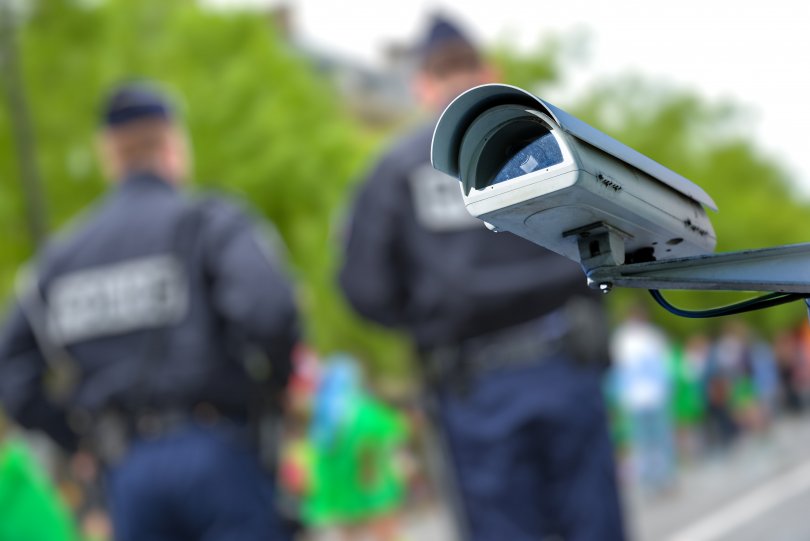 Camera in front of two policemen from behind

Police Are Everywhere... Burglars, too?

Since 2008, the number of home burglaries has increased 37% in France, according to the database for criminal misconduct and offenses recorded by the police3 . Yet the state budget given to law enforcement (national and local combined) has only increased 26% during this time, according to state budgetary documents. Does the budget for police services increase because crime is increasing, or are more crimes being recorded by police because there are more resources to catch criminal offenses in the act? Causation clearly goes both ways, so measuring how investment in law enforcement impacts crime may be quite challenging.

Yet security remains a recurring theme in public debate. The recently reelected French president Emmanuel Macron presented the Council of Ministers with a bill to increase the number of police on the streets and double the current number in ten years. This increase would represent an additional budget of €20 billion by 2030. However, the effectiveness such a measure has on decreasing crime has never been truly proven. 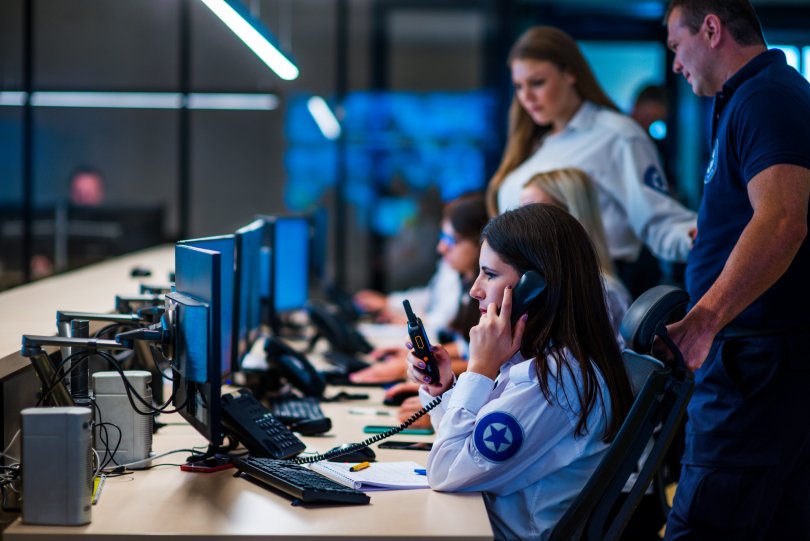 In France, there is a lack of data regarding the connection between criminal activity and the public policies implemented to fight against it. In the United States, where public services are rather partial to this type of feedback, an experiment was carried out in Kansas City by the police force in 19724 . One district was divided into three areas. For a full year, the police doubled its patrols in the first area, kept the same number of patrols in the second, and completely removed all patrols in the third. The result? There was no significant difference in the level of crime reported to police, nor were there any changes in how citizens felt about security in their neighborhood. When confronted with the fact that preventative patrols are ineffective, the authors of the study suggested using law enforcement resources on specific crime prevention aims.

In 1994, Rudolph Giuliani became mayor of New York after pledging to clean the city of crime. At the time, the megalopolis was ravished by poverty and drugs and had around 2,000 murders occur every year. With his “zero tolerance” doctrine, Giuliani applied a particularly repressive policy on offenses and crime. Between 1994 and 2000, the crime in New York dropped 57%, a success the mayor very modestly attributed to himself. However, according to the researcher Tanguy van Ypersele, no research has proven there is an actual casual link between Giuliani’s policies and the drop in crime.

The researcher Steve Levitt, known for his book Freakonomics, published controversial research on the link between crime rate and abortion. He observed that crimes dropped years after laws were enacted in support of choice. While the link may not seem apparent, the researcher argued that unwanted children were more likely to become criminals. Here, a true effort to identify the causal link had been made. If correlation exists, does causality, too?

Because when it comes to crime, there is a multitude of factors for cause. According to the researcher Tanguy van Ypersele and the results of his studies, a public policy to increase public protection cannot be done without considering private protection, and vice versa.