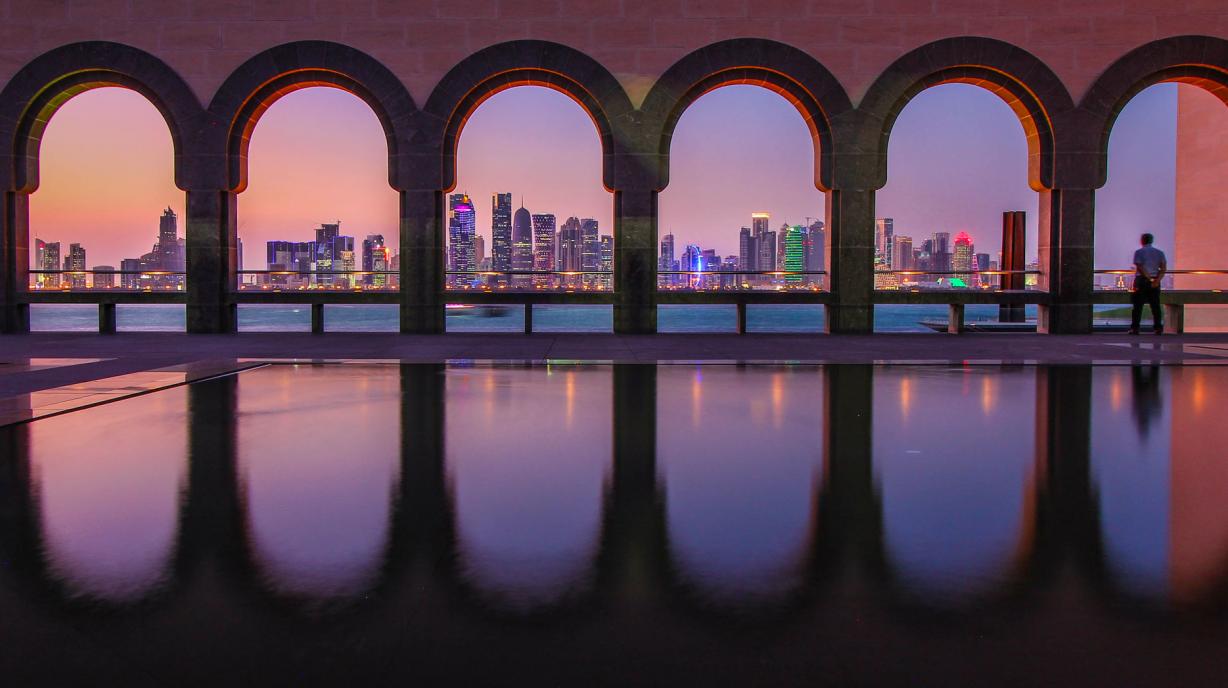 The Qatari Sovereign Wealth Fund owns the PSG football team, more than 6 hotels and shares in Lagardère or Total, to name but a few of their assets. That’s enough to attract some concern. However, it’s simply following a world trend since the beginning of the 21st century. More than 45% of existing wealth funds were created between 2000 and 2009. Economists C. Lecourt, J. Amar, and V. Kinon explain what’s behind this “craze”.

Today, there are 78 Sovereign Wealth Funds (SWFs) – investment funds owned by States – representing not less than 7.4 trillion dollars1 2 . The commodity boom at the beginning of the 2000s fuelled this rapid increase, which has never stopped. To learn more, the authors studied 43 Sovereign Wealth Funds owned by 37 States over the 2005-2014 period. 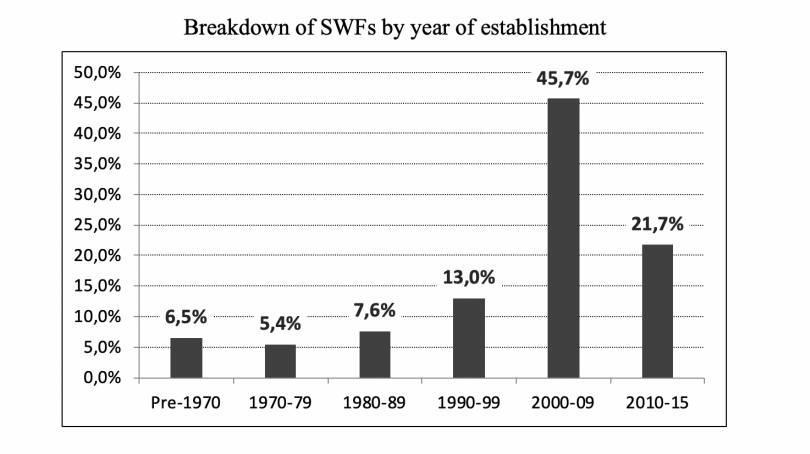 SWFs are the subject of major controversies. Skeptics condemn the loss of national independence and the potential for foreign interference. They see these investments as driven not only by economic interests but also by political and symbolic issues. The same arguments and concerns surround Qatari purchases in France and the progressive stronghold on European companies gained by Middle-Eastern interests.

An SWF is an independent entity governed by the central bank. It encompasses shares, bonds, equities owned by the State3  with the main objective of supporting national saving through foreign or domestic investments. It is a state institution deciding to invest abroad and, for that reason, it triggers fear of interference.

In addition to symbolic and political choices, other factors may lead to the creation of SWFs, especially related to states’ characteristics. To identify these factors, the authors compare the 37 countries that created a fund between 2004 and 2015 to another 53 random countries that did not.

Excess foreign reserves are one of the main reasons for creating these funds. The State avoids mismanagement of its income by seeking long-term returns on less risky investments. Such excess foreign reserves are common in resource-rich countries or those with a trade surplus. In the sample of interest here, 60% of the wealth funds originated from rising raw materials prices.

Relying on abundant natural resources is not a long-term policy. Resource depletion or price volatility can disrupt the economy. To minimize the negative impact, Sovereign Wealth Funds make it possible to save excess reserves and withstand later setbacks. Mexico did so with the creation of its Mexican Petroleum for Stabilization and Development in 2014.

This is a reliable remedy for the Dutch disease also called the resource curse. Rising export reserves due to increased income from natural resources leads to the appreciation of the nation’s currency, which ruins export competitiveness and freezes the entire economy. Setting up a sovereign wealth fund helps reduce the negative impacts by reallocating profits from natural resources to foreign investments. 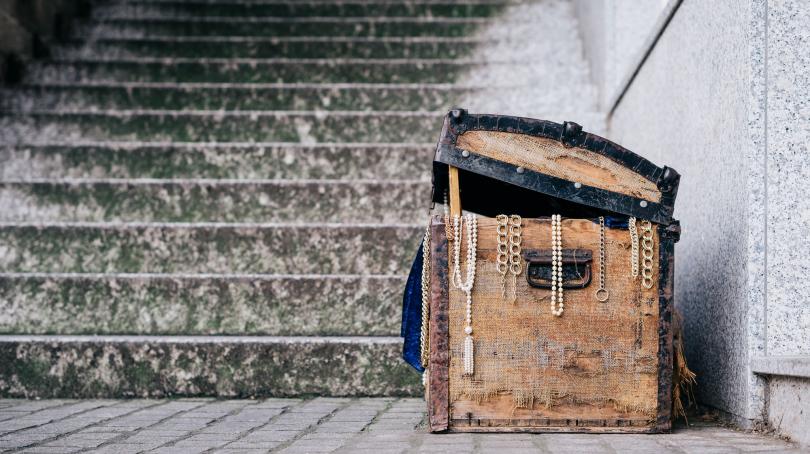 Photo by Roman Kraft on Unsplash

Of the 37 States that created a Sovereign Wealth Fund, 77% show a high level of corruption compared to only 2% of those that didn’t. Surprisingly, States under poor governance create wealth funds to redirect money from corrupt or mafia-like networks. This serves to guarantee the transparency of resource-linked income and to prevent it from being fed into the underground economy.

In a 2003 study, Sala-i-Marin and Subramanian4  explain the long-term low growth of Nigeria by poor governance and wasted income. One of the solutions found by the government was the creation of a sovereign wealth fund in 2012, as many authoritarian governments have done. Most are “development funds” that differ from the “stabilization”  ones explained above. They use income to develop national infrastructures and avoid institutional corruption. Nigeria’s fund shows a willingness to give future generations a share in the income from oil.

Sovereign wealth funds are, for the most part, set up in emerging countries, but they prefer to invest in developed countries. In a second scientific article5 , J. Amar, B. Candelonb, C. Lecourt, Z. Xune show that 26.6% of them targeted Western Europe while 18.2% targeted the United States between 2000 and 2015.  Other studies talk about a “home bias”, suggesting that SWFs have a preference for countries with the same culture or geographically close. But the authors identify other reasons.

Funds are established with the primary aim of supporting the domestic economy and stability. They take as little risk as possible to keep domestic savings safe. They will invest in countries with good governance that ensure economic stability. In their article, authors study how countries with SWFs and targeted countries differ on factors like geography, inflation, stability, corruption or religion. States invest in a context different from their own. In fact, as the majority of them suffer from poor governance and a low level of democracy, the ideal investment place is a country with the opposite profile. 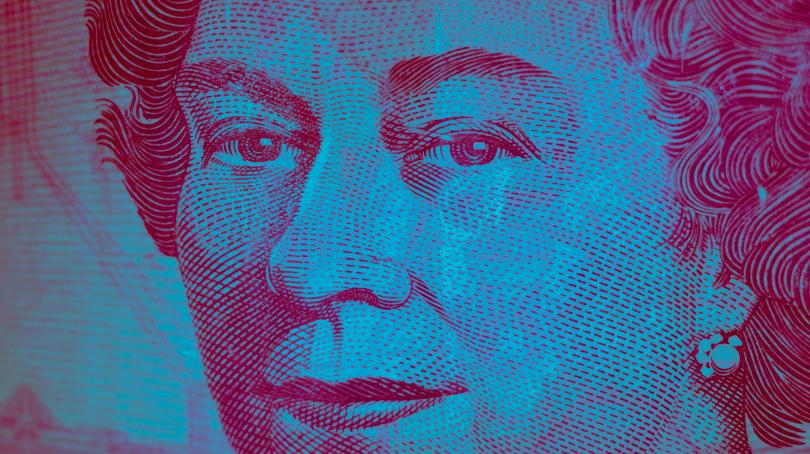 Taking risks with the amount of investments?

Surprisingly, the amount of money invested is not impacted by whether governance is good or bad. SWFs are more prone to investing large amounts in countries that are less democratic and more financially open. To explore this, the authors had to separate the decision to invest from the amount invested.

They conclude that the investors’ behavior is risky and opportunistic concerning the amount of money invested, far from meeting the primary aim of stability. However, Middle-Eastern countries account for 21% of the SWFs, which influences the result. Their participation is more active and unprincipled.

These financial investments generate fear of political interference. The majority come from the Middle East and move to the West, an asymmetry that creates a magnifying glass effect. But there are safeguards underlying the creation of SWFs. Each country establishes its own legal restrictions on foreign direct investment (which includes SWFs). For instance, although France was ranked in the top 5 most attractive countries in the world6 , it has reinforced its control over strategic sectors. Investments in public security, energy, water, transport or defence are already tightly regulated, requiring the authorization of the Minister of the Economy. In January 20197 , the list was expanded to cover spatial operations, cybersecurity and artificial intelligence.

New and multiplying fast, SWFs arouse both curiosity and concern. Not just a “fashion”, they partially testify to the need poor-governance countries have to shore up their economy with safe assets.