What strategy should be employed to deal with COVID? 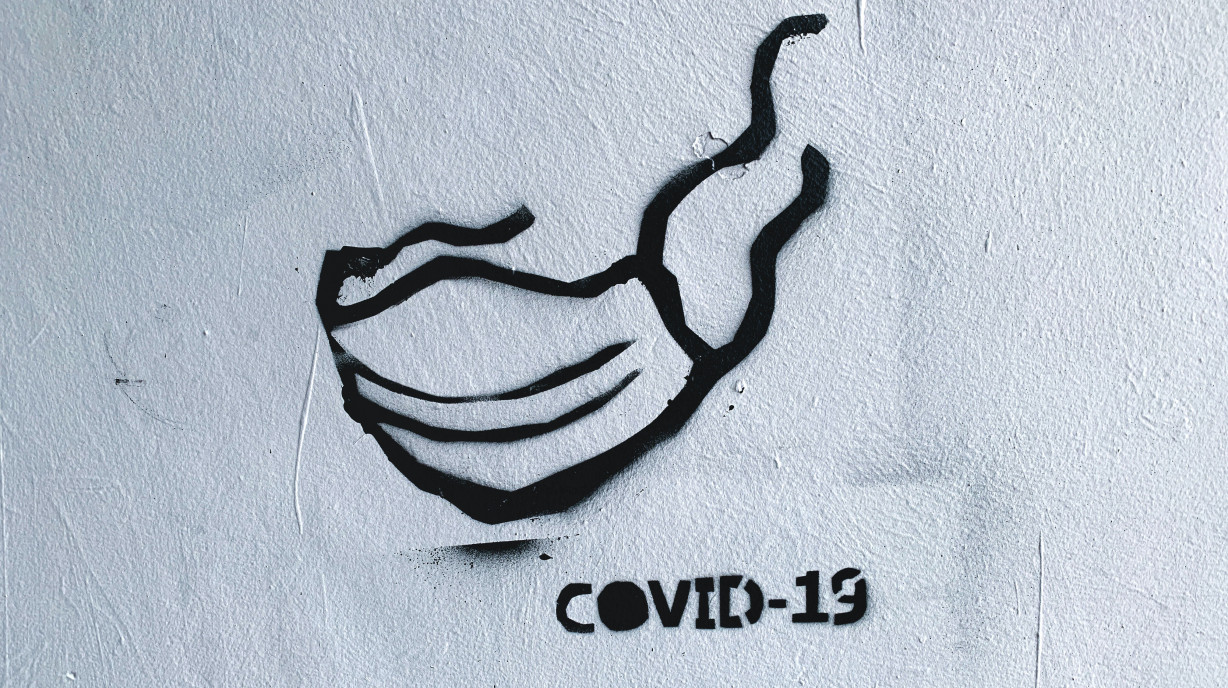 Photo by Adam Niescioruk on unsplash

Are the containment measures effective? Should the population have been tested? Burning questions like these are igniting current public debate. Researchers Raouf Boucekkine (AMSE/AMU), Josselin Thuilliez (CNRS/CES) and Jérôme Adda (Bocconi, Milan) have developed the “ECOVID-19” project to assess the effectiveness of French public policy in the current crisis. From his previous work, Raouf Boucekkine shows the importance of economics highlight to respond to health crises.

The epidemic has spread like wildfire around the globe, but public policy in response to the health crisis has differed greatly from one continent to another. For example, aside from social distancing and hygiene measures being observed by the population, combined with a technological arsenal and a battery of tests deployed by the government, life in South Korea or Japan almost seemed to be continuing as normal. Furthermore, this strategy did not arouse any interest from their Chinese neighbours who were in strict lockdown for two months. In Europe, similar measures have been put in place. So, which of these multiple strategies is the most effective? Finding the answer to this question is the objective of the ECOVID-19 project, one of 3 economic projects - out of a total of 86, all disciplines combined - to be selected by the French research funding council ANR, following its Covid-19 flash call in March 2020.

As well as exacting a high cost in terms of human life, epidemics can shake the economic foundations of a society. The discipline of economic epidemiology allows for projection vis-à-vis what impact a disease may wreak on the economy, and the behaviour of the population in the light of the subsequent new reality. It can serve as a vital indicator for identifying the best measures to adopt when trying to stem epidemics, whilst limiting the economic fallout. Returning to his previous work, Raouf Boucekkine shows us how this discipline can be illuminating in the face of the current challenge. 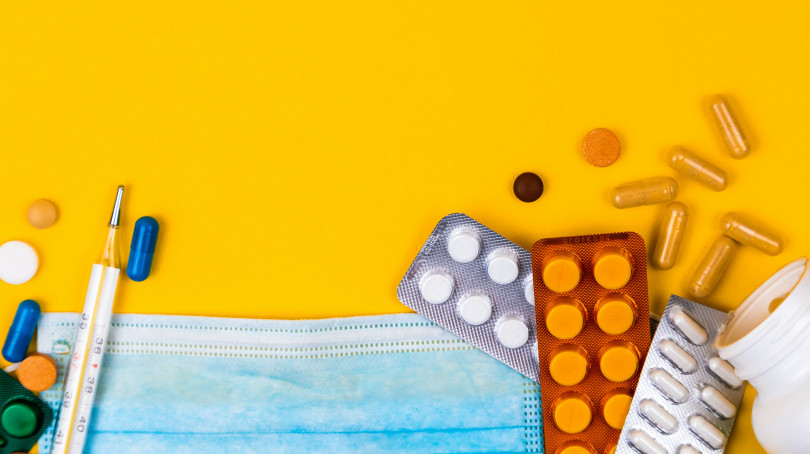 Photo by Volodymyr Hryshchenko on Unsplash

What cure, for which disease?

Raouf Boucekkine encountered the subject in the Democratic Republic of Congo, where he began to be plagued for the first time by the question of how a pandemic can hinder development. Congo-Kinshasa has been a place of interest to the economist because it was fertile ground for a considerable number of epidemics, notably that of the AIDS virus.

However, beyond the devastating AIDS epidemic, many other diseases have disrupted the world order. In the year between 1918 and 1919 for example, the Spanish flu killed more than 40 million people: more fatalities than the First World War. Pandemics can take many forms, and Boucekkine takes this heterogeneity into account in his research model, which allows for the study of episodes of such diseases, despite their divergent characteristics.

To understand their economic impact, we must first be able to understand the nature of the episode, notably its duration. A pandemic like the Spanish flu that strikes in the space of a short time does not have the same economic consequences as an epidemic like AIDS, which spreads over time. The first produces a one-off but very strong imbalance effect, which may or may not be followed by a recovery. Indeed, in the neoclassical regime, after a shock such as a war or an epidemic, one can observe an acceleration of growth in the short term which compensates for the initial negative shock. This works well in the case of a war, but for an epidemic, it depends on the mortality profile brought about by the epidemic dynamics. The latter can permanently modify socio-economic behaviour and can therefore have a significant long-term effect.1 Epidemics such as the black plague which were recurrent (or came in several waves) and which devastated Europe in the Middle Ages, or the persistence of malaria in sub-Saharan Africa, could lead to poverty traps. However, they can also result in a phenomenon of so-called 'herd immunity'.2 This is a debate that we can see today regarding the Covid-19 epidemic.

Paying attention to the individuals most affected by the epidemics is also important: a seasonal flu, for example, will target the elderly. On the contrary, as in the case of HIV, the epidemic affects younger members of the population, thus impacting a good part of the active, working age population. The mortality profile with regards to age is therefore a crucial indicator of the potential economic impact of a given epidemic. 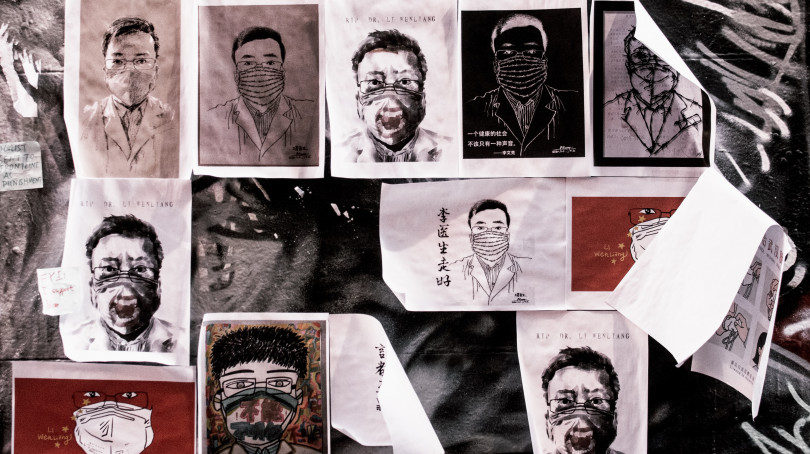 Photo by Adli Wahid on Unsplash

The impact of different epidemics on economic activity can be quite distinct. Generalised poor health in a population lowers productivity (the so-called ‘morbidity effect’) and increased mortality reduces the activity of employees. Yet the consequences can be more insidious and may affect the beliefs and behaviors of individuals who may, for example, focus their spending on basic consumer products and health, meaning investment is relegated to the background. This is often the case in countries lacking an inclusive health system, where health spending is mostly private, still the case in many African countries. The United States is in the same situation, reminding us that the absence of an inclusive health system is not only the prerogative of developing countries.

The consequences are not always immediate, and can be observed even several decades later. This is what Raouf Boucekkine, Théophile T. Azomahou and Bity Diene demonstrate about the AIDS epidemic in South Africa. The most negative impacts on growth are observed after around twenty years.3 This amounts to an empirical application of the "Ben Porath effect", according to whom, the lower the life expectancy of the population, the less viable an investment education is, reducing the build-up of human capital in the medium- and long-term, and affecting growth.

Faced with the current health crisis, it is not only the epidemic which is strangling the economy, but also government responses to stem it. Closure of schools, quarantines, furlough schemes and so on, are intended to reduce the dramatic consequences of the disease, but they have some unintended consequences and in the long term, can indeed disturb the economy.

The best strategy for handling an epidemic is difficult when many important consequences are hidden. Because the disease is new and unknown, a veil of uncertainty hangs over its impact on populations. On the epidemiological level, many questions remain unanswered. As a large part of the infected population is asymptomatic, it is not easy to identify carriers without testing the population. In the same manner, people with flu or colds often display the same symptoms, which can muddy the waters a little more. Politically, it is difficult to have visibility, given the discursive bifurcations of the past few months. The authorities seem to be operating blindfold. The modification of Emmanuel Macron's speeches over time is a clear illustration of this.

What is the ideal length of lockdown? And how can we design an exit strategy? Should the population have been tested? Or should there even be an attempt to achieve herd immunity? These policies can only be effective if they are accepted by the majority. Any evaluation must consider the populations' capacity to adopt and respect the proposed measures, in other words, to trust the information received and have confidence in the policies being proposed.

How can individuals and public authorities remain agile through the different stages of a crisis? Economists have developed a model for taking into account the role of beliefs and learning in a context of uncertainty. Indeed, it is these behaviours that in turn affect the spread of the disease, and engender its economic consequences.

In their project, economists rely on data from the French health authorities to gain insight as to the behaviour of individuals. By analysing them, they will be able to identify which criteria have the most impact on the spread of the epidemic. Depending on the pace at which beliefs and behaviour can be reformulated, parameters can vary, and learning is achieved not just on an individual level but for public authorities who also learn and adjust. This may concern the duration of the lockdown, any penalties to be exacted on the population, different types of tests, or their associated timing. With the help of such analysis, a cost-benefit analysis can be performed to compare the respective benefits of each measure, and to envisage different scenarios. What would have happened if France had been testing its population from the start?

Economic epidemiology can provide modelling for the most effective strategies and can guide public decision-making to minimise health and economic disasters. The discipline also makes possible an examination of the economic repercussions of a pandemic, and its consequences on the distribution of income in a country. 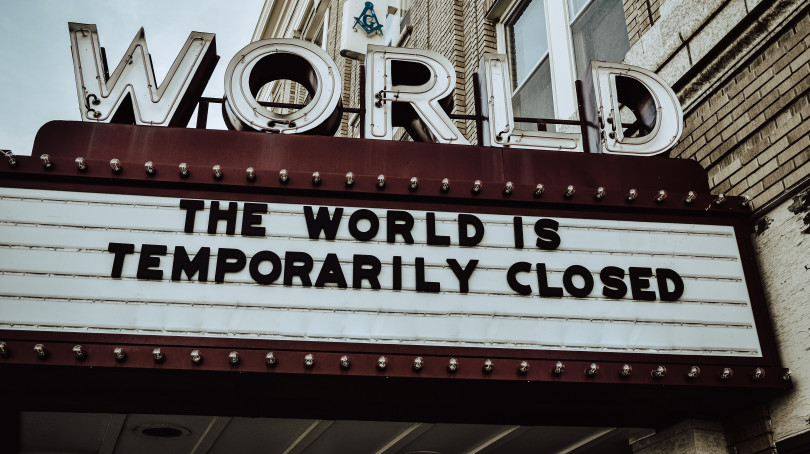 Photo by Edwin Hooper on Unsplash

Economic crises, food shortages, rampant inequalities: what new world is taking shape for afterwards? How much will we have to pay for a loaf of bread? This type of question continues to dominate public debate. To know what is in store for us once the lockdown is lifted, we need to look at the economic impact of epidemics.

If the new dawn seems somewhat sombre, it may be of benefit to consider that the economic repercussions of health crises are often double-edged. For example, regarding the AIDS pandemic, the economist Alwyn Young speaks of a “gift given by the dead”.4 A significant increase in the mortality rate reduces the workforce considerably, driving up rates of pay. New people enter the workforce: women, particularly widows, and because they are employed, aspirations vis-à-vis the number of children to be raised are revised, and the fertility rate is reduced. In the ensuing period, the distribution of income per capita rises because there are fewer people to share in the dividends. Such a positive effect needs to be studied on a case-by-case basis because other authors have identified an opposing phenomenon. Other researchers put forward a reverse mechanism, the insurance effect: it is because individuals are in uncertainty about their future that they tend to have more children in the event of a 'mortality shock', to ensure the existence of descendants.5

For COVID-19, the data is still too sporadic to make clear predictions about the future of economies. Only a long-term perspective will allow us to reveal what remains hidden from view today. However, in this context of uncertainty, the ECOVID-19 project will make it possible to identify the optimum scenarios from a health and economic point of view. These results, the data and the programs used, will be put online for use free-of-charge. This will then spark a dialogue, along with experts in sociology or anthropology, to find out whether the most effective strategy would be both legal and acceptable for French society.

More about the ECOVID-19 project