In Favour of the Majority 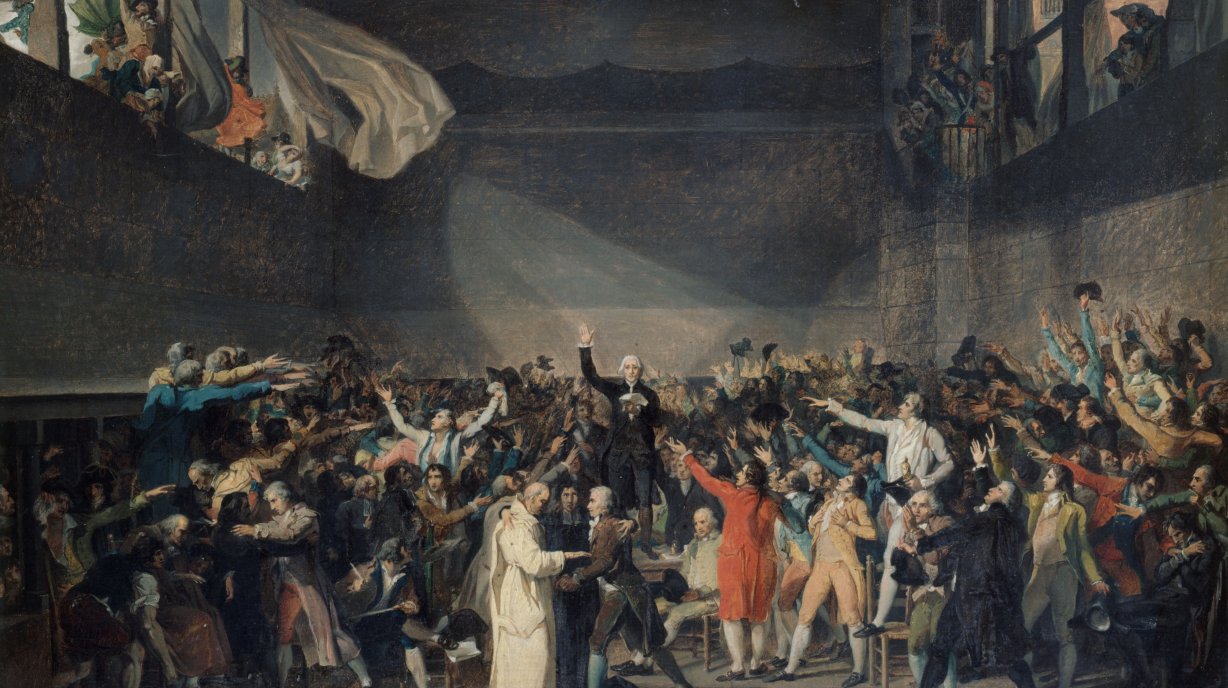 Deciding by majority vote, in the second round of the presidential election or to choose your next holiday destination, is a process in which we have all participated. The idea is not a recent one. Closely linked to the concept of democracy, the practice was already the subject of debate in antiquity. A certain Aristotle speaks of it as follows: "The majority (…) of whom each member is not a virtuous man may however be better than this elite [the best citizens] not individually, but collectively”.1  Following the majority could not only facilitate the making of choices, but also the taking of good decisions. Today, it is at the heart of our democratic regimes, and it is from here that their legitimacy emanates. But why is the majoritarian preference the norm, rather than any other collective preference?

A collection of possibilities

Other forms of collective preference do exist. One of them is dictatorship under the leadership of a particular individual. Although this is undesirable in politics, it can be commonly seen in everyday situations (school, businesses, etc.) where one individual has authority over others. Another collective preference results from the drawing of lots. Although throwing a dart at a world map to determine your travel destination may send you twenty thousand leagues under the sea, it is by the drawing of lots that jurors of the Criminal Court in France are selected, and it was the collective preference used to designate the members of the Citizens' Climate Convention in 2019.

The French mathematician Hervé Moulin argues in favour of a collective preferences that minimises the chances that the worst will happen in a situation where there are more options to choose from than decision-makers. Unanimity may get everyone approval but is hard to achieve. Indeed, this means giving the right of veto to all individuals in a group. While this could be possible to implement in a small group, only a miracle would allow 67.8 million2 French people to find a subject on which they would all agree!

Another collective preference is that resulting from consent. One option would be considered over others, as long as there were no important or reasonable objection. This method is part of a mode of governance known as sociocracy, which also includes elections without self-proclaimed candidates.3 Tested notably by the municipal council of Auray (Morbihan), the consensus requires long debates before reaching a decision. It differs from unanimous decision-making since not all stakeholders have an unconditional veto.4

Adopting the majority choice is, therefore, a collective preference among a range of others. What explains therefore its pre-eminence?

Kenneth or not Kenneth ?

In the early 1950s, economist Kenneth Arrow suggested an answer to this question. According to him, a "good" collective preference should respect five conditions: universality (collective preference must be defined whatever are individuals’ preferences), rationality (any two options must be compared, and the comparisons must be consistent), independence (preferences of members of the community for a third alternative must not influence the collective preference for the two alternatives under consideration), respect for unanimity (when unanimity is reached, it must be respected) and, of course, the absence of a dictator. Unfortunately, his doctoral thesis led him to conclude in 1951 in the impossibility to satisfy these five conditions. Indeed, Arrow's theorem of impossibility states that any universal, rational collective preference that satisfies independence and respects unanimity is a dictatorship. This result, extremely pessimistic about the possibilities of defining the general interest as a synthesis of individual interests, was qualified a year later by another Kenneth.5 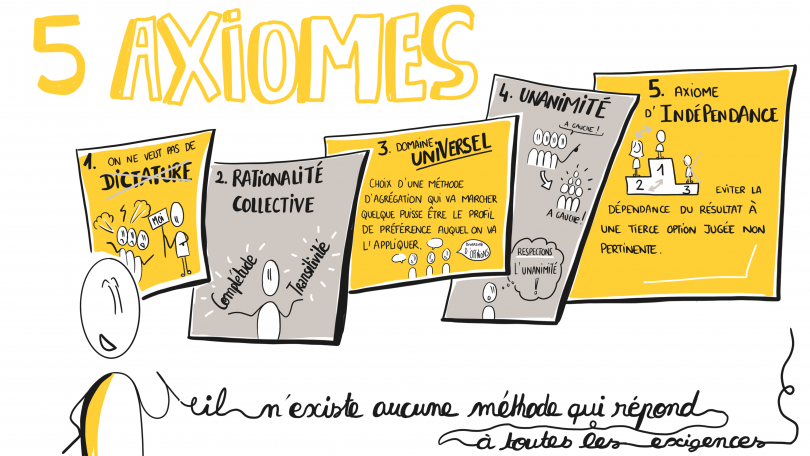 When studying data, which are often collections of numbers, it is common to attempt a representation of those data by a single number.  Thus, in the case of school exams in France, the question of the class average is paramount. Pupils’ and parents’ interest in the average – which in the end may differ significantly from the individual grade the student obtains – can be explained by the fact that the class average is "representative" of the level of the class. There is a mathematical way to express this representativeness: the average (for the class) is, among all the possible grades, the one which minimises the sum of the squares of the differences between itself and the individual grades obtained in this class. From this point of view, the average grade of the class is therefore "close" to the grades of the students in the class. Of course, averages are used in many other contexts: we speak of average height, average weight, or average salary.

The median is sometimes preferred over the average. Economists thus consider it more representative to speak of the median wage – which divides the population of employees into two equal parts, one half being under of the median, the other over – rather than the average wage. The median wage is also a wage that is "close" to those wages being considered, in the sense that the sum of the differences is minimised between the median wage and those wages (which is not the square of the differences, but their absolute values).

Mihir Bhattacharya and Nicolas Gravel consider whether, therefore, the majority could make it possible to represent preferences mathematically, like average or median relates to school grades, physical measurements, or salaries. Answering this question requires a notion of proximity - distance – between preferences rather than between numbers. What is meant by the fact that two preferences can be "close", or two preferences can be "distant"?  M. Bhattacharya and N. Gravel identify in their article all possible notions of such distances, which are minimized by majority preference. They identify everything which allows a majority to be representative of the preferences from which it is derived. They show that a lot of those distances are reduced by the majority rule. This is therefore a strong argument in favour of the preference of the majority. Just as the average allows us to visualise the level of the class, the majority enables us to imagine the preferences of individuals. Does this mean that the majority make good decisions?

Is the majority (always) right?

Tyranny of the majority ©Redpanels/Wikimedia Commons

In our democratic systems, safeguards have been put in place to protect individuals from the undue consequences of implementing the preference of the majority. One such safeguard is a chart of human rights that protect individuals from possible majority intrusion. The principle of equality constitutes both a foundation of majority (through equality of votes) and one of its limits (the equality of individuals, which should prevent a majority from depriving a minority of its rights). To give a relatively recent example, not even a majority preference in the French population could demand that the death penalty – abolished in 1981 – be re-instated to punish the perpetrators of the Bataclan attacks in 2015.7

If following the preference of the majority has its flaws, mathematics show that this is a collective preference representative of the individual preferences from which it derives, in a stronger sense than the way an average class grade represents the grades of the class's students. It is only reasonable, therefore, that the majority of us should find ourselves in favour of the majority.