From Protecting Nature to Protecting Biodiversity: A History of Debate 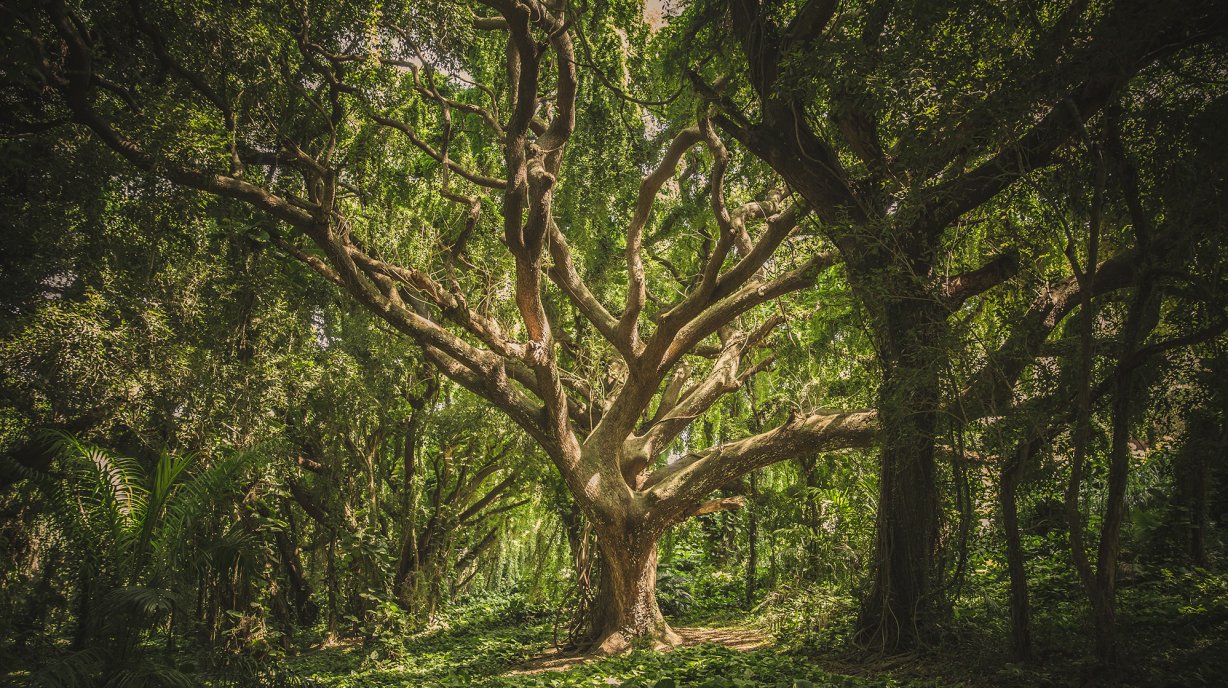 Photo by Veeterzy on Unsplash

How do you measure a concept as obscure as biodiversity? Indicators are one way to do so. But the economists Pierre Courtois, Charles Figuières, and Chloé Mulier reveal that these may not all lead to the same result. For example, Calyampudi Radhakrishna Rao's and Martin Weitzman’s indicators each lead to policies that are sometimes on complete opposite sides of the spectrum. While one recommends saving the most fragile species, the other recommends saving the most robust! So, does protecting the environment come down to perspective?

Gifford Pinchot watches the sunset over the new Hetch Hetchy water reservoir, caught up in some complex feelings. He is satisfied, because, thanks to the dam, the valley supplies nearly 80% of San Francisco's population in water.1 But he is also relieved that John Muir is no longer around to see the desecration of this land. 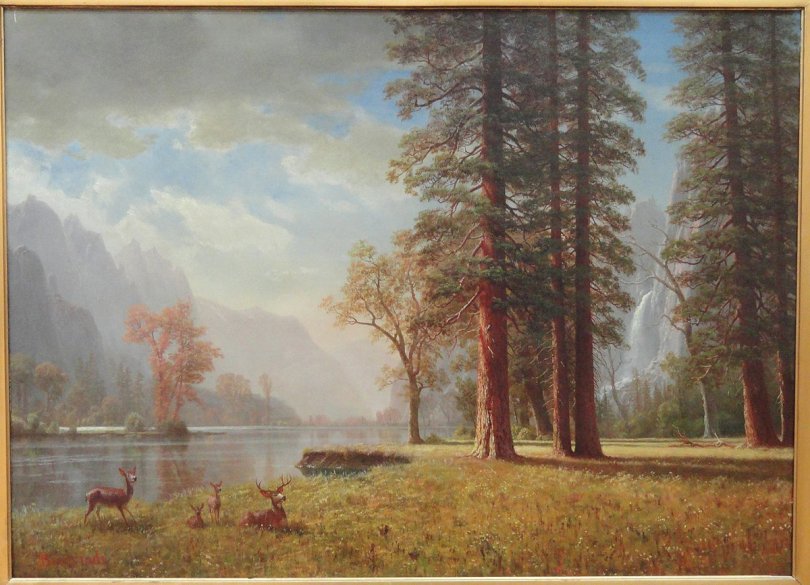 Pinchot remembers the outrage of his former comrade in arms:

“Dam Hetch Hetchy!  One may as well dam for water tanks the people’s cathedrals and churches, for no holier temple has ever been consecrated by the heart of man.” John Muir, The Yosemite.2

Pinchot disagreed with Muir’s ethics of preservation and instead defended the principles of conservation. However beautiful a valley may be, it cannot compare to the value of human life. He argued that the need for water for thousands of people should take precedence over serving the interests of nature. After all, what is the point of preserving a valley if there is no one left to enjoy it?

As the last light of day faded and Gifford Pinchot turned to go home, he had no idea that, almost a century later, there would still be people advocating for the restoration of the Hetch Hetchy Valley. His conflict with John Muir would reveal to be the breeding ground of an everlasting question: what is, in fact, man’s place in nature? 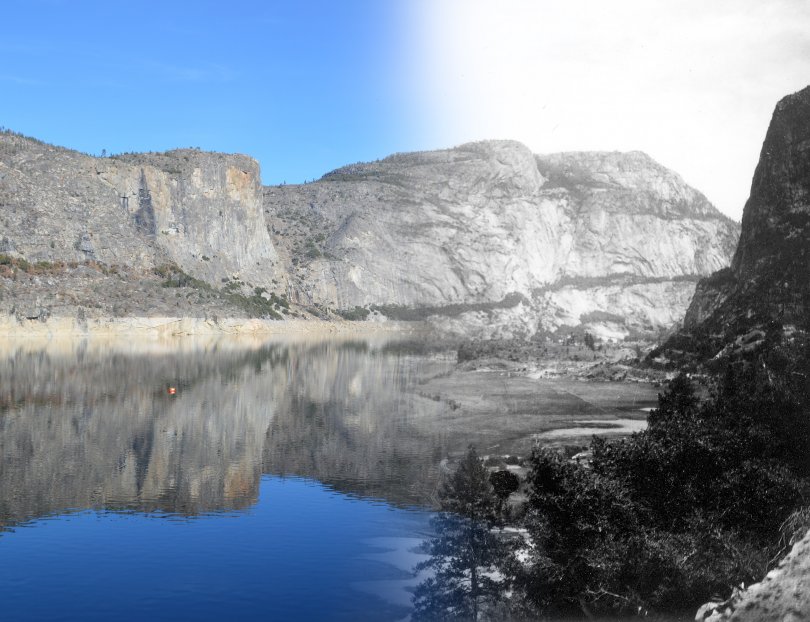 John Muir (1838-1914) was a Scottish-American botanist, writer, geologist, engineer, inventor, ecologist, philosopher, and naturalist who immigrated to the United States of America. He was a strong advocate for the protection of nature, and his activism helped preserve the Yosemite Valley, which is the centerpiece of Yosemite National Park. Founder of the Sierra Club, he is recognized as the “Father of the National Parks.”

Gifford Pinchot (1865-1946) was an American forester and politician. Chief of the US Forest Service, he advocated for sensible forestry. He was governor of Pennsylvania and can be considered one of the precursors of the concept of sustainable development.

More than 178 country representatives come together for the third Earth Summit of 1992. As conversation ceases, a relieved silence settles over the conference room where everyone is gathered. The notion of sustainable development has just been endorsed. The idea is to exploit resources “to meet the needs of the present generation without compromising the ability of future generations to meet their own needs.”3 Has Gifford Pinchot triumphed again?

It is not so simple. This summit also adopts the Convention on Biological Diversity.4 It begins, in the preamble, with the following sentence: “The Contracting Parties are aware of the intrinsic value of biological diversity.” Nature’s value therefore cannot only be summarized by its utility to human beings.

A few years earlier, the biologist and entomologist Edward O. Wilson had published the proceedings of a conference titled “Biodiversity.” This portmanteau word, created by blending “biology” and “diversity,” soon after was used to conveniently define the newly developed academic discipline of conservation ecology. This is when we move from protecting nature to protecting biodiversity. Will broadening this scientific field allow us to move past the ethical debate between preservation and conservation?

One obstacle remains: the definition of biodiversity remains obscure,5 and there is still no mention of any tools to measure it. 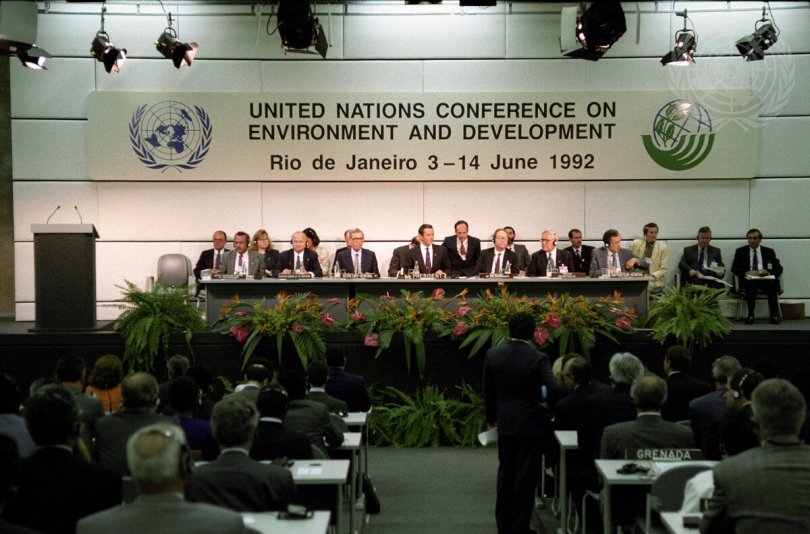 At the UN Biodiversity Conference, China and Japan announce more than $200 billion in financial aid to help developing countries preserve nature. This may sound like a lot. However, according to estimates by the French Development Agency, it is not even a quarter of the amount that should be invested each year.6 These limited means are an additional constraint as they encourage us to “do our best.” But how can this be done?

In order to evaluate how effective protection methods are, we must be able to quantify their consequences on biodiversity. To do this, scientists turn to all sorts of indicators, or indices. These form an array of disconnected methods that tend to expand. Inevitably, this raises some questions. Does the indicator chosen reflect how we actually view biodiversity? Are they all different measures of the same thing? Do these indicators all lead to the same public policy recommendations?

In their article, Pierre Courtois, Charles Figuières, and Chloé Mulier study two of them. These are the Rao index and the Weitzman index. Calyampudi Radhakrishna Rao (born in 1920) is a renowned statistician who has worked in many scientific fields. Martin Weitzman (1942-2019) was an environmental economist.

The measures employed by Rao and Weitzman are part of a group of indicators that rely on an important information: species dissimilarity. To study them, Courtois, Figuières and Mulier add ecological interactions between species,7 another crucial dimension of information. In doing so, they show that very different results are obtained according to the indicator used!

The Weitzman index is based on phylogenetic trees.8 Using it sometimes means favoring the most robust species (those that are less threatened by extinction), because it produces the greatest tree length possible.

The Rao index measures the dissimilarity between two randomly drawn species. It favors the most fragile species since they contribute more to this dissimilarity.

While it may seem easy to present whichever indicator to the authorities that govern us, these are not objective mathematical calculations. They are derived from the different ways individuals view nature, and they do not exempt their users from questioning their deeper meaning. At best, these calculations allow us to clarify with greater precision the stakes of human intervention. If you chase philosophy out the door, it will come back in through the window...

Invasive Species: join the fight against them!
Protecting and Taking Advantage of Nature: A Paradox?